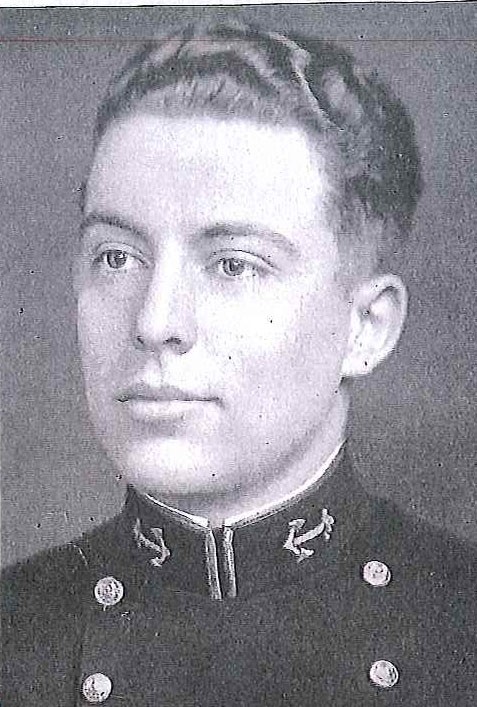 Vice Admiral Philip Arthur Beshany, son of Arthur and Tecla Ebert Beshany, was born in Jamaica, Long Island, New York, on July 3, 1914. He attended the Dwight School and Brooklyn College, and was graduated from the US Naval Academy, Annapolis, Maryland, with the class of 1938. President of the Foreign Language Club, and Battalion Sub Commander, Admiral Beshany was also active in athletics, participating in boxing, soccer, track and lacrossed.

Admiral Beshany joined the cruiser USS Philadelphia, for his first assignment in which he served for two years. He then reported to the Submarine Base, New London, Connecticut, for instruction in submarines, and in December 1940 was assigned duty on board USS S-14, in which he made several patrols during World War II. From November 1942 until July 1944 he served in USS Scamp as Executive and Engineer Officer and participated in seven war patrols.

He was awarded the Silver Star Medal for conspicuous gallantry during the Scamp’s first three war patrols and a Gold Star in lieu of a Second Silver Star Medal for action during the Fourth War Patrol, which resulted in the sinking of approximately 14,000 tons of enemy shipping and the damaging of 500 tons. In addition, he was awarded the Bronze Star Medal with Combat “V”, for heroic achievement during the SEVENTH War Patrol during which he succeeded in stopping the drive of the Scamp at 330 feet, thus preventing her from broaching at 52 feet, after an enemy plane bombed and damaged her.

Upon return to the United States in July 1944 he proceeded to the Navy Yard, Portsmouth, New Hampshire, to assist in fitting out USS Quillback (SS424). From her commissioning in January 1945 throughout the remaining war period he served as Executive Officer of that submarine which participated in the assault and occupation of Okinawa Gunto, the initial landings and occupation of Japan and the surrender ceremonies in Tokyo Bay. He was also a prize crew commander of the Japanese submarine I-365.

In October 1945 he assumed command of USS Billfish (SS286), commanding her until June 1946. Subsequently, instruction at the Naval Postgraduate School, Annapolis, preceded his command of the USS Burrfish (SSR312), followed by command of USS Amberjack (SS522). Then, in August 1951, he returned to the Submarine Base, New London, Connecticut, to serve as Engineer and Repair Officer, and as Head of the Prospective Submarine Commanding Officers School for one year.

Following graduation from the Industrial College of the Armed Forces, Admiral Beshany became Commanding Officer of USS Salamonie (AO26) in July 1960. This assignment was highlighted by the UN action in the Congo and operations with the SIXTH Fleet. In September 1961 he assumed command of Submarine Squadron FOUR in Charleston, South Carolina. From August 1962 until September 1963 he was the Chief of Staff to the Deputy Commander Submarine Force, US Atlantic Fleet, and on October 28, 1963 he assumed command of the Second Polaris Squadron, Submarine Squadron SIXTEEN deployed in Rota, Spain.

Assigned to the Staff of the Commander in Chief Allied Forces, Southern Europe, he served as Assistant Chief of Staff for Logistics from December 1964 to July 1966, when he became Deputy Chief of Staff for Logistics and Administration. He was awarded the Legion of Merit for “…the establishment of an extraordinarily high degree of rapport which contributed materially to the timely resolution of innumerable difficult issues of extreme importance to the accomplishment of the Command mission…”

In December 1966 he became Director of the Submarine Warfare Division, Office of the Chief of Naval Operations and in March 1968 was assigned additional duty as Nuclear Powered Submarine Program Coordinator in the Office of the Chief of Naval Operations. He was awarded a Gold Star in lieu of Second Legion of Merit and cited in part as follows: “…During a period when the resources of the Navy have been severely taxed (he) was responsible for maintaining the high state of readiness of the operational submarine forces and at the same time provided plans and management for establishment of a new nuclear submarine construction program…”

In May 1969 he assumed command of Amphibious Group FOUR and in July 1970 became Assistant Deputy Chief of Naval Operations for Fleet Operations and Readiness, Navy Department.