[no birth or death date] 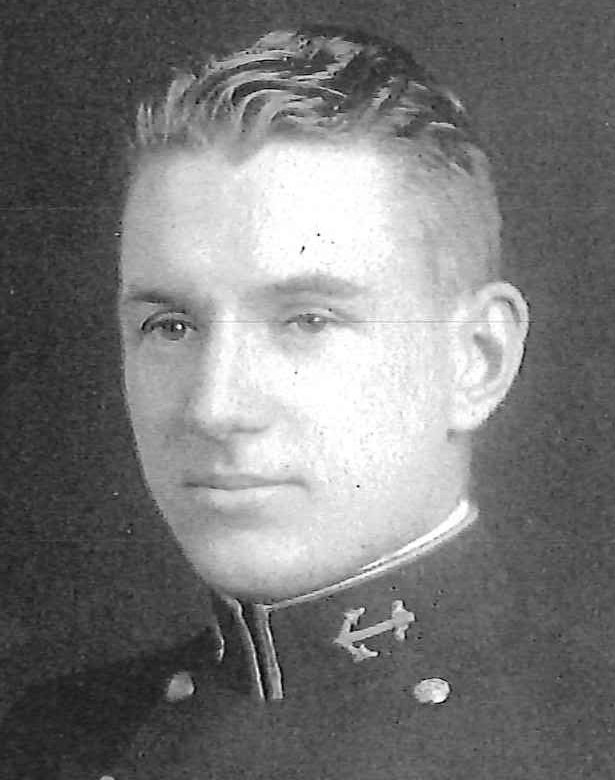 Rear Admiral Christensen graduated from the US Naval Academy on 31 May 1934. He completed flight training in 1937 after two years of duty on USS Idaho. Two tours on the Saratoga in fighter and torpedo squadrons were broken by a two year period on USS Nevada. In 1941, he reported to the Postgraduate School in Annapolis for a course in ordnance engineering. From January 1943 to May 1944, he served in the Bureau of Ordnance and at the Naval Aircraft Modification Unit in Philadelphia. For 15 months during 1944 and 1945, he commanded the seaplane tender Rehoboth in the Atlantic. From September of 1945 to July 1947, duty with pilotless aircraft at Point Mugu, California and command of the Naval Air Station at Traverse City, Michigan and Mojave, California.

The two following years were spent at sea as Executive Officer of the Pine Island, a seaplane tender, and Operations Officer of the North Sound, the Navy’s first guided missile test ship. Two more tours in the Bureau of Ordnance were separated by a tour as a student at the Naval War College, duty in Quonset Point, Rhode Island; London, England and a year at the Naval Proving Ground, Dahlgren, Virginia. In 1957, Admiral Christensen reported to the Staff of the Commander in Chief, Pacific Fleet as Fleet Plans Officer.

Two years on that assignment were followed by a year as Commanding Officer of the aircraft carrier Hornet operating in the Pacific. Washington duty starting in November of 1960 was on the Staff of the Joint Chiefs of Staff as Chief of the Reconnaissance Group. In March 1962, he was ordered as Commander, Carrier Division Eighteen with the rank of Rear Admiral. Assigned to the Bureau of Naval Weapons he served as Assistant Chief for Fleet Readiness and Training, from July 1963 to June, then as Assistant Chief for Plans and Programs. Upon the reorganizations of the Navy Department, effective May 1, 1966, he became Deputy Commander for Plans and Programs, and Comptroller, Naval Air Systems Command, Navy Department.

“For exceptionally meritorious service from June 1964 to June 1967 as Assistant Chief for Plans and Programs, Bureau of Naval Weapons, and Deputy Commander for Plans and Programs, and Comptroller, Naval Air Systems Command…” he was awarded the Legion of Merit. The citation further states in part: “Under Rear Admiral Christensen’s expert guidance and managements, support of Naval and Marine aircraft and related weapons programs has effectively met the challenging demands of operations in Southeast Asia…”

In June 1967 he reported as Chief of Naval Air Technical Training, with headquarters at the Naval Air Station, Memphis, Tennessee. He was awarded a Gold Star in lieu of the Second Legion of Merit for “… continually striving improve the quality of aviation technicians provided the fleet in support of its Southeast Asian commitments, while absorbing significant budgetary and personnel reductions…”

In July 1970 he became Assistant Deputy Chief of Naval Operations (Development), Navy Department. Upon reorganizations of the Office of the Chief of Naval Operations in April 1971 he was designated Deputy Director of Research, Development, Test and Evaluation. For outstanding service in that assignment, he was awarded a Gold Star in lieu of the Third Legion of Merit and cited in part as follows: “… Rear Admiral Christensen applied his experience in all aspects of naval warfare, together with his technical ability, to the task of shaping and directing the Navy’s Research and Development efforts….” On February 1, 1972 he was transferred to the Retired List of the US Navy.