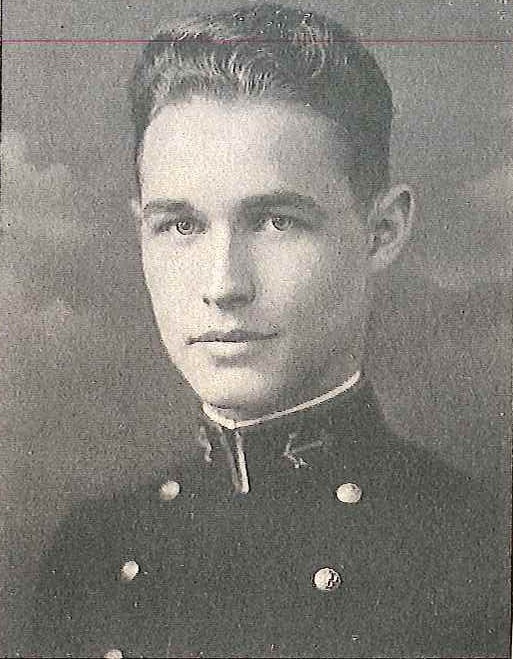 Bion Barnett Bierer, Jr., was born on July 2, 1905, in Cumberland, Maryland, son of the late Captain Bion B. Bierer, USN, and Mrs. Bessie Roberts Bierer. He attended Central High and the Columbian Preparatory School, Washington, DC, before his appointment, at large, to the US Naval Academy, Annapolis, Maryland, in 1922. Graduated and commissioned Ensign in the Supply Corps of the US Navy, on June 3, 1926, he subsequently attained the rank of Captain to date from August 1, 1943.

Completing his Washington assignments, he had three years’ service with various destroyers attached to the Scouting Force, after which he returned to the Untied States and reported in October 1934, as Assistant Supply Officer at the Navy Yard, Portsmouth, New Hampshire. Between March 1937 and November 1939, he served as Disbursing and Commissary Officer, Officer in Charge of the Commissary Store and Cashier of the Bank of American Samoa at the Naval Station, Tutuila, Samoa, and when relieved of that assignment transferred to the Naval Supply Depot, Norfolk, Virginia, as Assistant to the Supply Officer.

In September 1940, he joined USS Quincy, as Supply Officer and continued to serve aboard that vessel until August 9, 1942, when she was sunk during the action off Savo Island. After three months’ duty on the staff of Commander South Pacific, he transferred in November 1942, to the staff of Commander Service Squadron, Pacific Fleet, as Senior Assistant Supply Officer.

From March 1944 until November 1945, he was Officer in Charge of the Stock Control Branch and later Officer in Charge of the Stock Division, Bureau of Supplies and Accounts, Navy Department, Washington, DC, and was subsequently ordered to the Naval Supply Depot, Balboa, Canal Zone, assuming the duties of Supply Officer in Command of that depot. In November 1946, he reported as District Supply Officer, Fifteenth Naval District, with headquarters at Fort Amador, Canal Zone, and remained in that capacity until June 1948, when he became Executive Officer at the Naval Supply Depot, Norfolk, Virginia. In March 1950, he transferred in a similar capacity, to the Naval Supply Depot, Mechanicsburg, Pennsylvania.