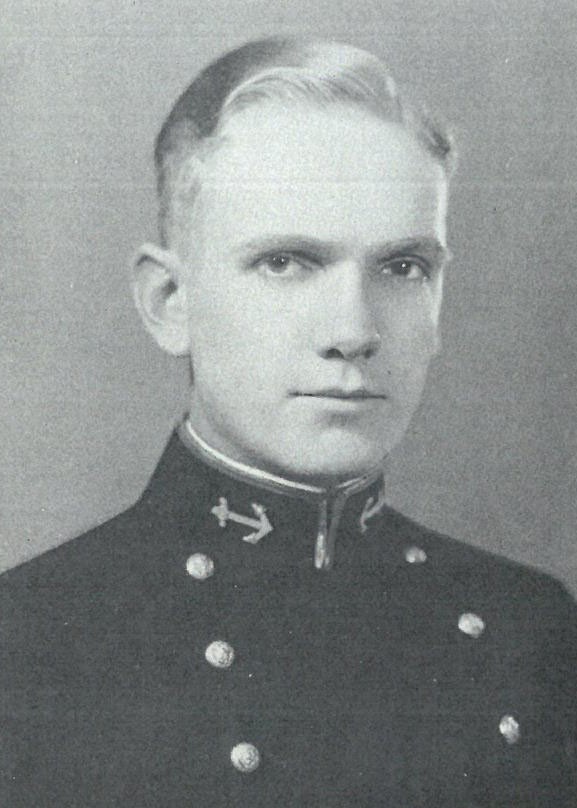 George Francis Beardsley was born in Arlington Heights, Illinois, on October 26, 1907, son of Wallace B. and Adelaide (Hawkes) Beardsley. He attended Arlington Heights Township High School and Lewis Institute, Chicago, Illinois, before entering the US Naval Academy, Annapolis, Maryland, from his native state in 1925. As a Midshipman he participated in lacrosse and class football. Graduated with the degree of Bachelor of Science and commissioned Ensign in the US Navy on June 8, 1929, he subsequently advanced to the rank of Vice Admiral, to date from January 20, 1960.

Following graduation from the Naval Academy in 1929, he was assigned to the Arresting Gear Division of USS Lexington. While serving on board that aircraft carrier, he had detached duty under instruction in aviation (pre-flight) at the Naval Air Station, San Diego, California. When detached from the Lexington in August 1930, he reported for flight training at the Naval Air Station, Pensacola, Florida, and remained there after his designation as a Naval Aviator in January 1931, until April of that year. That month he joined Scouting Squadron 2-B, based on USS Saratoga, and the next year was transferred to Fighting Squadron 5-B, on board the Lexington.

From June 1934 until the spring of 1936 he served as Material and Personnel Officer in the Assembly and Repair Department as the Naval Air Station, San Diego, after which he had instruction in aeronautical engineering at the Postgraduate School, Annapolis, Maryland. Continuing the course at California Institute of Technology at Pasadena, he was awarded the degree of Master of Science in June 1939. In July of that year he reported for duty as Senior Aviator on board USS San Francisco, and remained with the unit of that cruiser until December 1940.

Upon his return to the United States, he was assigned duty as Production Control Officer in the Assembly and Repair Department of the Naval Air Station, Jacksonville, Florida, and was on duty there until November 1942, during the early months of World War II. He then joined the Staff of Commander Air Force, US Pacific Fleet, and later received a Letter of Commendation Ribbon, from the Commander in Chief, Pacific Fleet, as follows:

“For meritorious service…as Assistant to the Material Officer and the Fleet Aircraft Maintenance Officer on the Staff of Commander Air Force, Pacific Fleet, during the period September 1942 to December 1944. With outstanding ability and administrative skill he aided in promoting and maintaining the high state of material readiness of our carriers, aircraft tenders and technical aviation material…”

He returned to the United States and in January 1945 reported as Officer in Charge of the Bureau of Aeronautics Maintenance Representative Office, Western District, with headquarters at the Naval Air Station, San Diego, California. He remained there until December 1945, after which he had service as Director of the Fiscal Division of the Bureau of Aeronautics, Navy Department, Washington, DC.

On February 1, 1956 he reported as Assistant Comptroller, Director of Budget and Reports, Navy Department, and on May 29, 1958, he became Deputy Comptroller of the Navy. On July 1, 1960, he assumed the duties of the Chief of Naval Material, Navy Department. “For exceptionally meritorious service…(in that capacity) from July 1960 to June 1963…” he was awarded the Distinguished Service Medal. The citation further states:

“Exercising sound judgment, keen foresight, and outstanding professional competence, Vice Admiral Beardsley has significantly improved the material effectiveness of the United States Navy by instituting many improvements in the areas of procurement, production, inspection, and supply management, resulting in inestimable saving to the Government. Through his dynamic leadership and inspiring devotion to the fulfillment of his many assignments and responsibilities, he has made important contributions to our national defense posture…”

On July 1, 1963 he was transferred to the Retired List of the US Navy.