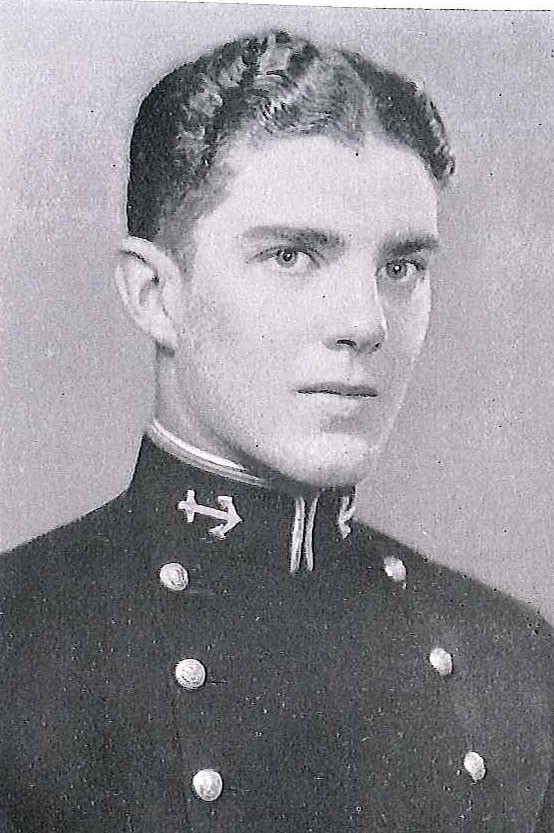 Milton Carey Dickinson was born in Mobile, Alabama, on October 17, 1905. He has two years’ enlisted service in the US Navy, before his appointment, at large, to the US Naval Academy, Annapolis, Maryland, in 1925. Graduated and commissioned Ensign on June 8, 1929, he transferred to the Supply Corps of the US Navy, in the rank of Lieutenant (jg) on September 17, 1935, and subsequently attained the rank of Captain to date from March 30, 1945.

Following graduation from the Naval Academy in 1929, he joined USS Lexington, and in May 1933 transferred to USS Cuyama. Detached from that vessel in May 1934, he continued sea duty until September of the same year in USS Elliot. Completing a course at the Finance and Supply School, Philadelphia, Pennsylvania, he was assigned in May 1935, to the Naval Supply Depot, Norfolk, Virginia, as Assistant to the Supply Officer.

Between January 1937 and September 1939 he had similar duty at the Fleet Air Base, Pearl Harbor, Territory of Hawaii, after which he joined USS Raleigh. He was aboard that cruiser when the United States entered World War II, December 8, 1942, and continued duty in her as Supply Officer until June 1942. Returning to the United States he reported as Supply and Accounting Officer at the Naval Advanced Base Depot, Port Hueneme, California.

“…..As Supply Officer, you distinguished yourself by your farsightedness in planning and directing logistic matters of the United States Naval Forces, Germany, as well as providing logistic support to the Force Headquarters and the Subordinate Command in such an efficient manner that the assigned mission was successfully and promptly accomplished….”