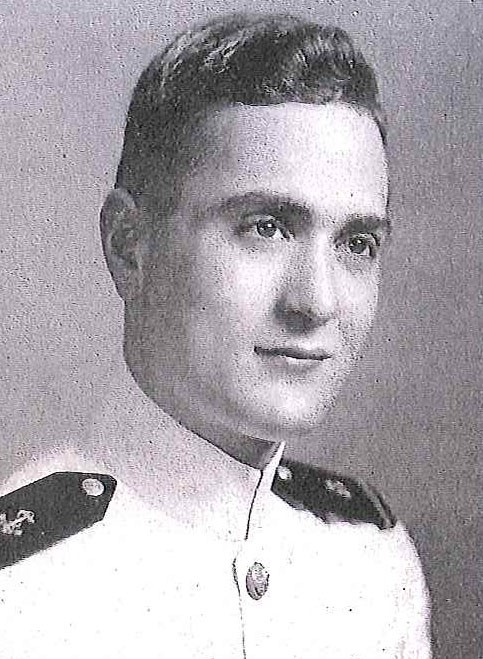 Stanley Sidney Fine was born in New York, New York, on September 26, 1927. He attended New York University prior to his appointment to the US Naval Academy, in 1945. He was graduated and commissioned Ensign on June 3, 1949. He subsequently attended William and Mary College, Williamsburg, Virginia; the University of Virginia Extension, Northern Virginia; American University, Washington, DC, and the Graduate School of Business, Harvard University. He was selected the rank of Rear Admiral on April 26, 1972, with a date of rank July 1, 1973.

Following graduation from the Naval Academy in 1949, he joined USS Manchester (CL-83) as Division/ Watch officer, after which in 1952 he became Engineer Officer on board USS Bradford (DD-545), both of which participated in action off Korea. In February 1954 he reported for instruction at the Mine Warfare Officer School, Yorktown, Virginia, and in April of that year assumed command of USS Hawk (MSCO-17); in which he served until April 1956. He next served for three years with the Planning and Program Division Special Projects (Polaris Program).

He became Executive Officer on board USS Johnson (DD-821) in September 1959 and in October 1961 assumed command of the USS Lowe (DER- 325) and Escort Division Thirty-Three. From September 1963 to August 1965 he attended Post Graduate at Harvard.

RADM Fine reported in September 1965 as Commanding Officer of USS Ingraham (DD-694). He had duty from November 1967 to July 1968 as Head of the Budget Branch, Fleet Resources Office, in the Naval Material Command, Navy Department, Washington, DC. In July 1968 he transferred to the Office of the Assistant Secretary of the Navy (Financial Management), where he was Executive Assistant and Naval Aide until June 1970. After s short tour at the Center of Naval Analysis, he served as Head of the Program Appraisal and Information Branch/ Deputy Director of the Department of the Navy Program Information Center, Office of the Chief of Naval Operations, Navy Department, and as Special Assistant to the Director, Navy Program Planning. In August 1972 he reported as Deputy Commander for plans, Programs and Financial Management/ Comptroller of the Naval Ship Systems Command, Washington, DC and in October 1973 reported as Director of the Fiscal Management Division, Office of the Chief of Naval Operations.

RADM Fine has the American Campaign Medal; World War II Victory Medal; Navy Occupation Service Medal; China Service Medal; National Defense Service Medal with bronze star; Korean Service Medal with eight stars; and the United Nations Service Medal. He also has the Republic of Korea Presidential Unit Citation Badge, the Navy Commendation Medal and the Legion of Merit with Gold Star. He was awarded the American Society of Military Comptrollers “Management Analyst of the Year” award in 1971, and has had articles published in the Harvard Business Review, Naval Institute Proceeding, and Combat Readiness.