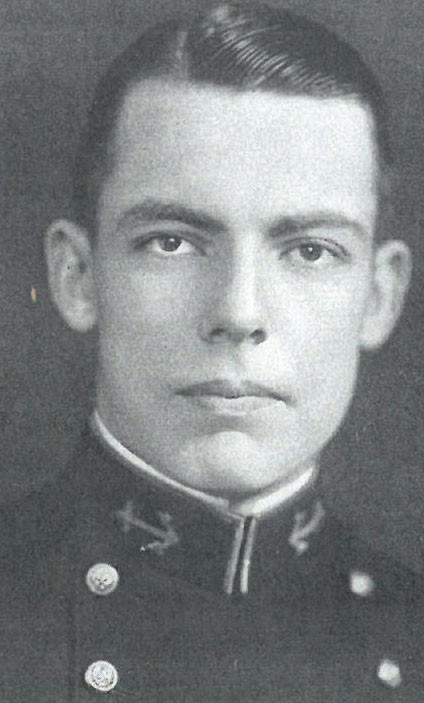 Henry Leidenheimer Beardsley was born in New Orleans, Louisiana, on July 7, 1914, son of Mrs. Helen (Gantt) Beardsley and the late C. H. Beardsley. He attended Louisiana State University at Baton Rouge, for two years, prior to entering the US Naval Academy, Annapolis, Maryland, on appointment from state in 1934. Graduated and commissioned Ensign on June 2, 1938, he subsequently advanced in rank to that of Rear Admiral, Supply Corps, to date from August 10, 1965, having transferred from the Line to the Supply Corps of the Navy in November 1940.

After graduation from the Naval Academy in 1938, he was assigned as Gunnery Officer on board USS Honolulu (CL-48) and in October that year reported for duty on board USS Phoenix (CL-41). He served in the Gunnery, Engineering and Communication Departments of that cruiser until August 1940, then had instruction at the Naval Finance and Supply School, Navy Yard, Philadelphia, Pennsylvania.

He was Supply Officer of Patrol Wing SIX for two months and in August 1941 transferred, in a similar capacity, to Fleet Air Wing FOURTEEN. He served as Supply Officer on board USS Princeton (CVL-23), from January to December 1944, and during that period participated in the occupation of Kwajalein, Majuro and Eniwetok Atolls; Hollandia, Western Caroline Islands and Leyte operations.

Detached from the Princeton, he next served as Senior Assistant at the Aviation Supply Depot, Oakland, California, and in September 1946 became Staff Supply Officer with the Naval Air Transport Service, with headquarters at the Naval Air Station, Moffett, California. In July he was assigned as Staff Supply Officer on the Staff of the Chief of the Naval Air Training Command, with headquarters at the Naval Air Station, Pensacola, Florida, and in September 1950 reported for instruction at Stanford (California) University, from which he received the degree of Master of Arts in Business Administration in June 1952. He then joined the Staff of the Comptroller of the Navy, Navy Department.

During the period August 1955 until June 1957 he was Executive Officer at the Naval Supply Center, Pearl Harbor, Territory of Hawaii, after which he served as Supply Officer at the Naval Air Station, Quonset Point, Rhode Island. He had duty in the Bureau of Naval Weapons, Navy Department, from November 1959 to January 1963, then reported as Force Supply Officer and Force Comptroller on the Staff of Commander Naval Air Force, Pacific Fleet, In September 1965 he became Director of Financial Services in the Officer of Comptroller of the Navy, Navy Department and was serving as such at the time of his death, April 8, 1967 at the US Naval Hospital, Bethesda, Maryland.

He was posthumously awarded the Legion of Merit and cited as follows: “For exceptionally meritorious service from September 22, 1965 to April 8, 1967 as Director of Financial Service in the Officer of the Comptroller of the Navy. Responsible for the recently merged finance and accounting functions of the Navy, Rear Admiral Beardsley dynamically and aggressively molded the present efficient, effective Financial Services organization. When faced with the additional task as Project Officer for implementing the Department of Defense Resources Management System throughout the Navy, he demonstrated his exceptional capability to organize, direct, and implement a major project. Almost singlehandedly, he outlined the concepts for the Navy; briefed senior officers and civilian officials throughout the United States, Europe, and the Pacific; laid out the milestones; set up task forces to spell out details; and monitored the progress of the program. On short notice, he provided for a full-scale test of system principles at a major naval installation. Primarily as a result of his brilliant performance, the Navy is prepared to implement the system on schedule…”