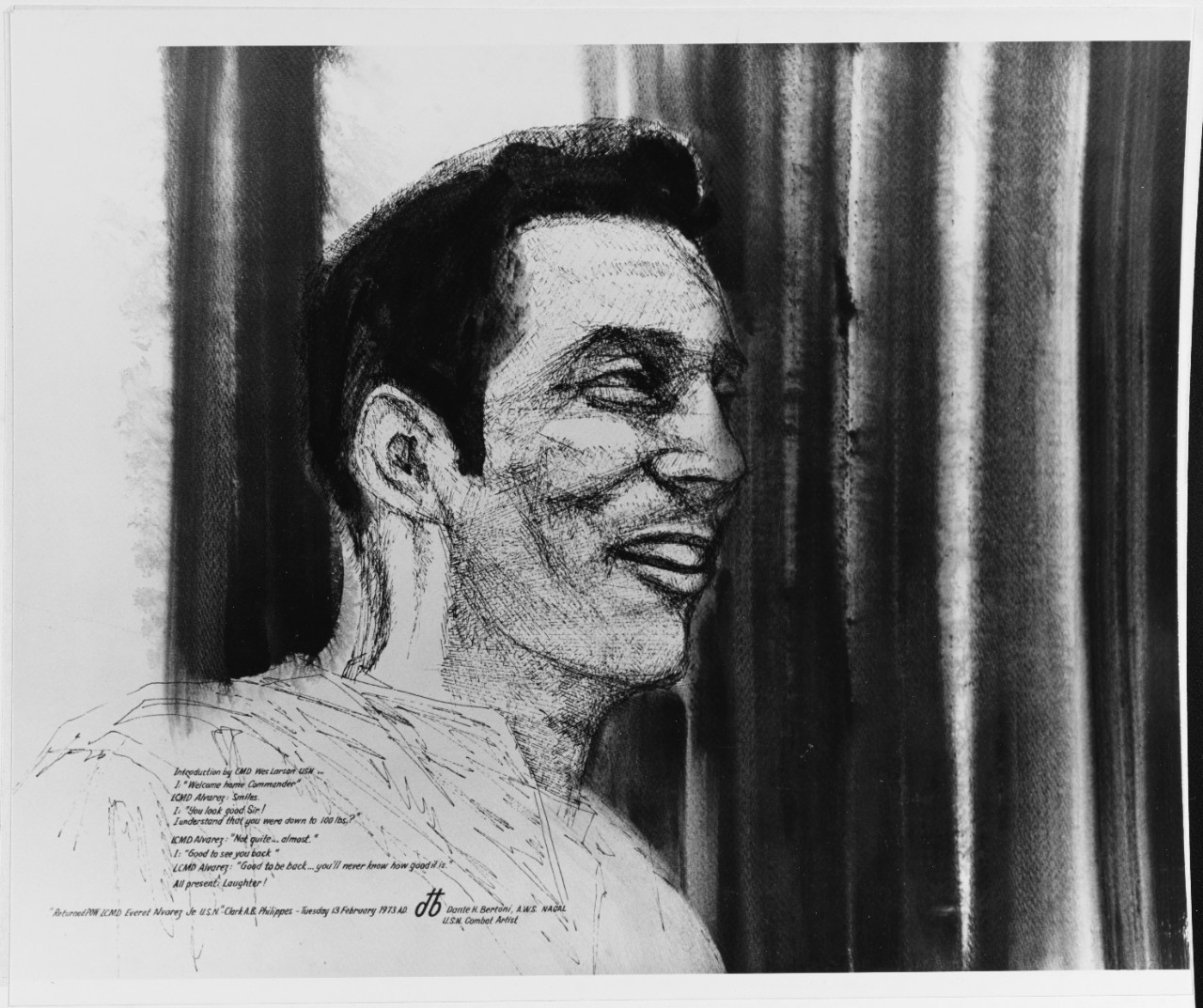 Everett Alvarez, Jr., was born in Salinas, California, on 23 December 1937, son of Everett and Soledad (Rivera) Alvarez. He attended Salinas Union High School and Hartnell Junior College in Salinas, and in June 1960 received the degree of Bachelor of Science in Electrical Engineering from the University of Santa Clara, Santa Clara, California. On 14 October that year he was commissioned Ensign in the US Naval Reserve and was subsequently promoted to Lieutenant (junior grade), to date from 14 April 1962.

After receiving his commission in 1960, he had flight training at the Naval Air Basic Training Command, Naval Air Station, Pensacola, Florida. In June 1961 be was transferred to the Naval Auxiliary Air Station, Kingsville, Texas, where he had further training until 9 December 1961. He next had eighteen weeks instruction, attached to Attack Squadron ONE HUNDRED TWENTY-FIVE, based on the Naval Air Station, Lemoore, California, and in June 1962 joined Attack Squadron ONE HUNDRED FORTY FOUR. While operating from USS Constellation, he was reported missing on 5 August 1964, in the vicinity of Hon Gay Harbor during a United States raid on North Viet Nam. He was the first American aviator shot down over Vietnam and the longest-held prisoner of war in North Vietnam, released 12 February 1973.

He was awarded the Distinguished Flying Cross and cited as follows: "For heroism and extraordinary achievement in aerial flight. By his skill, courage, and devotion to duty, (he) upheld the highest traditions of the United States Naval Service."