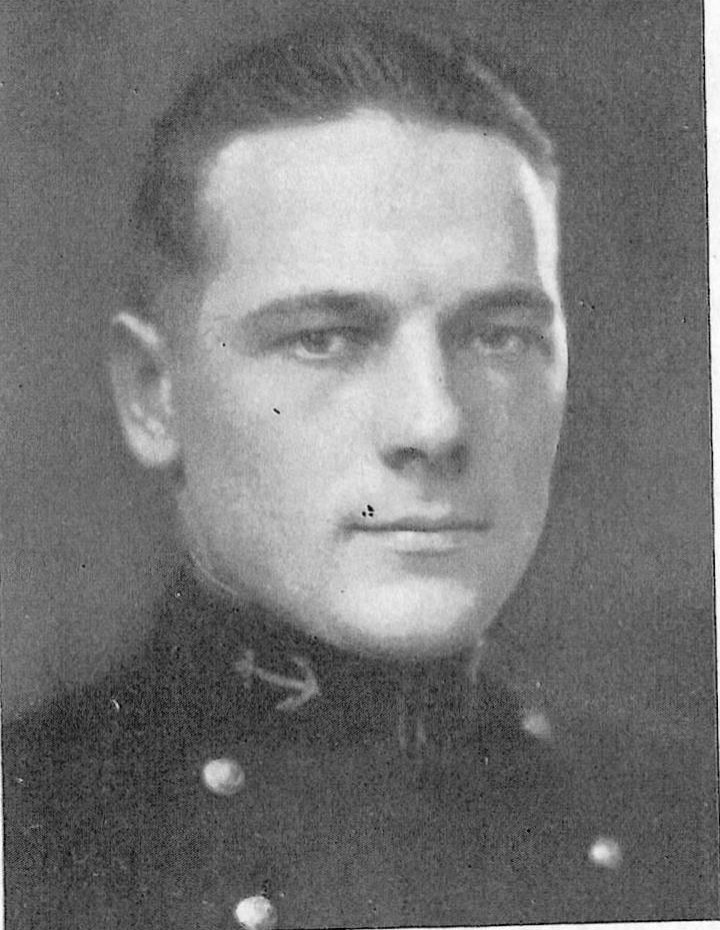 After graduation in 1925, Commander Behan joined USS Colorado, served in that battleship for one year, and from June 1926 until December 1928 he served in the destroyer McCawley. He was then ordered to duty under instruction at the Submarine Base, New London, Connecticut. In January 1930 he reported for duty in USS S-20, Submarine Division 3, where he served until June 1932. The two succeeding years he had instruction at the Postgraduate School, Annapolis, Maryland, being detached in May 1934.

The following month Commander Behan reported for duty in USS Cuyama and from September 1935 until October 1936 he served as navigator of that vessel. He then reported for duty in USS San Francisco, flagship, Cruiser Division 8, Scouting Force, US Fleet. In June 1937 he was assigned to duty at the Navy Yard, Portsmouth, New Hampshire, serving in the Planning Division, Industrial Department until April 1939.

The following month, Commander Behan reported for duty as Executive Officer of USS Henley and served in that destroyer until April 1941, when he was transferred to duty in USS Northampton. In November 1942 he was assigned duty as damage control officer and first lieutenant of USS Pensacola. That month the cruiser participated in the Battle of Guadalcanal, in which American forces decisively defeated a Japanese attempt to reinforce and support their troops on the island. Another strike by the enemy on the night of November 30, became the Battle of Tassafaronga. A cruiser task force blasted the Japanese transports and stalled the push, but when the smoke cleared away the USS Northampton had been sunk and the Pensacola and two other heavy cruisers were listing and burning from torpedo hits. For his conspicuous gallantry during that battle he was awarded the Silver Star Medal with the following citation:

“For conspicuous gallantry and intrepidity while serving as First Lieutenant aboard the USS Pensacola immediately subsequent to the engagement with enemy Japanese forces off Tassafaronga, Guadalcanal, on the night of November 30, 1942. With his ship torpedoed and fire raging near the mainmast, Commander Behan, with utter disregard for his own personal safety, and as ammunition exploded all around him, skillfully and courageously directed the fighting of the flames until they were brought under control and finally extinguished. His excellent technical knowledge, outstanding leadership, and fearless devotion to duty were in keeping with the highest traditions of the United States Naval Service.”

The Pensacola, severely damaged but favored with smooth seas, limped home to Pearl Harbor at a scant eight knots. Repaired and back in action a few months later, she pounded the Japanese at Tarawa in a pre-invasion bombardment, and in the Marshalls. Bombardments by the Pensacola and other cruisers were so effective that battleships sent in later to strike at enemy air bases on Taroa and Wotje Islands reported they could not find worthwhile targets standing.

Commander Behan received a Letter of Commendation with authorization to wear the Commendation Ribbon from the Secretary of the Navy from his services as damage control officer and first lieutenant of the Pensacola. On June 6, 1944, he assumed duty as executive officer of that cruiser. When Task Force 58 assembled for an assault on Sipan, Tinian and Guam in June 1944, the Pensacola was with forces which made a surprise raid on the Kurile Islands north of Japan to throw the enemy off balance and keep him guessing. Slipping in under cover of fog, the cruiser poured a stream of high explosives into the island of Marsuwa, only 450 miles from the home island of Hokkaido. Two weeks later they repeated this performance off Paramushiro. As enemy planes roared overhead, the cruisers streaked home, concealed by another fog so dense the Pensacola’s fantail was not visible from her bridge.

Again heading south and west to help screen a carrier task force through the Second Battle of the Philippine Sea, the Pensacola made swift attacks in passing at Wake and Marcus Islands, She bombarded Iwo Jima five times during the period, November 1944 to January 1945, and her salvoes wrecked airfields and their facilities, gun positions, pillboxes and artillery emplacements.

Assigned to destroy targets on Iwo Jima’s northeastern plateau, the Pensacola was at short range when the duel with coast guns began. On February 17, 1945, two days before the landings on that volcanic island, Japanese shore batteries on Iwo scored six hits and several near misses on the Pensacola. Commander Behan was killed in action on that day.

Effective counter-battery fire, sharp course turns and evasive turns and evasive maneuvers avoided additional hits and the Pensacola continued to operate in support of landings despite widely-scattered damage from the enemy shells.

In addition to the Silver Star Medal, the Commendation Ribbon, Commander Behan has the Purple Heart Medal (posthumously awarded), and is entitled to the American Defense Service Medal, Fleet Clasp; the Asiatic-Pacific Area Campaign Medal and the World War II Victory Medal.