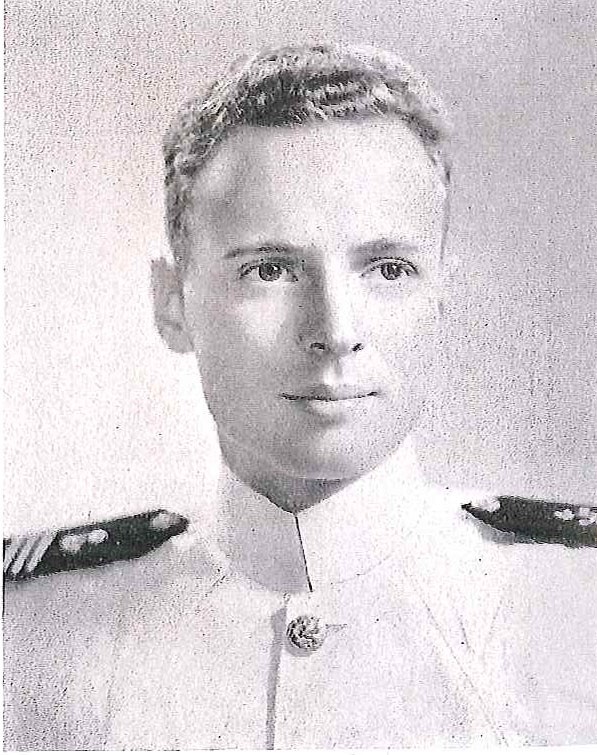 Edward Biddle was born in Philadelphia, Pennsylvania, on October 9, 1921, son of Winthrop L. and Mary Emma (Vogdes) Biddle. He attended Lower Merion High School, Ardmore, Pennsylvania, the Cochran-Bryan Preparatory School, Annapolis, Maryland, and during the period October 1938 to June 1940 had training with US Naval Reserve Units in Philadelphia, Pennsylvania and Baltimore, Maryland. He entered the US Naval Academy, Annapolis, Maryland, upon appointment at large in 1940. As a Midshipman he was a member of the track squad and participated in Battalion sports. Graduated and commissioned Ensign with the Class of 1944, on June 9, 1943 (course of instruction shorter due to World War II), he subsequently advanced in rank, attaining a that of Captain, to date from November 1, 1963.

Following graduation from the Naval Academy in 1943, he had air observation training at the Naval Air Station, Jacksonville, Florida, and in October 1943 joined USS Corry as Assistant First Lieutenant. The Corry participated in anti-submarine operations in the Atlantic, assisting in the sinking of the German submarine U-801. Later she was ordered to take part in the invasion of Normandy, where she was sunk by an enemy mine on June 6, 1944. He was awarded the Purple Heart Medal for wounds received in enemy action during the Normandy operation.

Between September and December 1944 he had submarine training at the Submarine School, New London, Connecticut, and in January 1945 joined USS Cutlass to serve as Communications Officer, First Lieutenant, Engineer Officer and Operations Officer. Detached from that submarine in May 1949, he reported the next month as an Instructor in the Reserve Training Department at the Submarine School, New London. He remained there until March 1951, after which he again had duty afloat, this time as Executive Officer and Navigator of USS Cod. In August 1953 he reported for instruction at the Naval War College, Newport, Rhode Island, and in July 1954 assumed command of USS Trumpetfish. He headed the Nuclear Power Section, Office of the Chief of Naval Operations, Navy Department from August 1956 until November 1959, when he became Plans Officer on the Staff of Commander Submarine Force, Pacific.

In August 1961 he assumed command of Submarine Division ELEVEN and a year later joined the Staff of Commander US Naval Forces, Europe. He reported in March 1965 as Commanding Officer of the USS Rigel (AF-58) and in April 1966 was detached for an assignment in the Joint Staff Office, Joint Chiefs of Staff, Washington, DC. In May 1969 he became Deputy Assistant Chief of Staff for Plans, Joint Staff, Commander US Military Assistance Command, Vietnam.