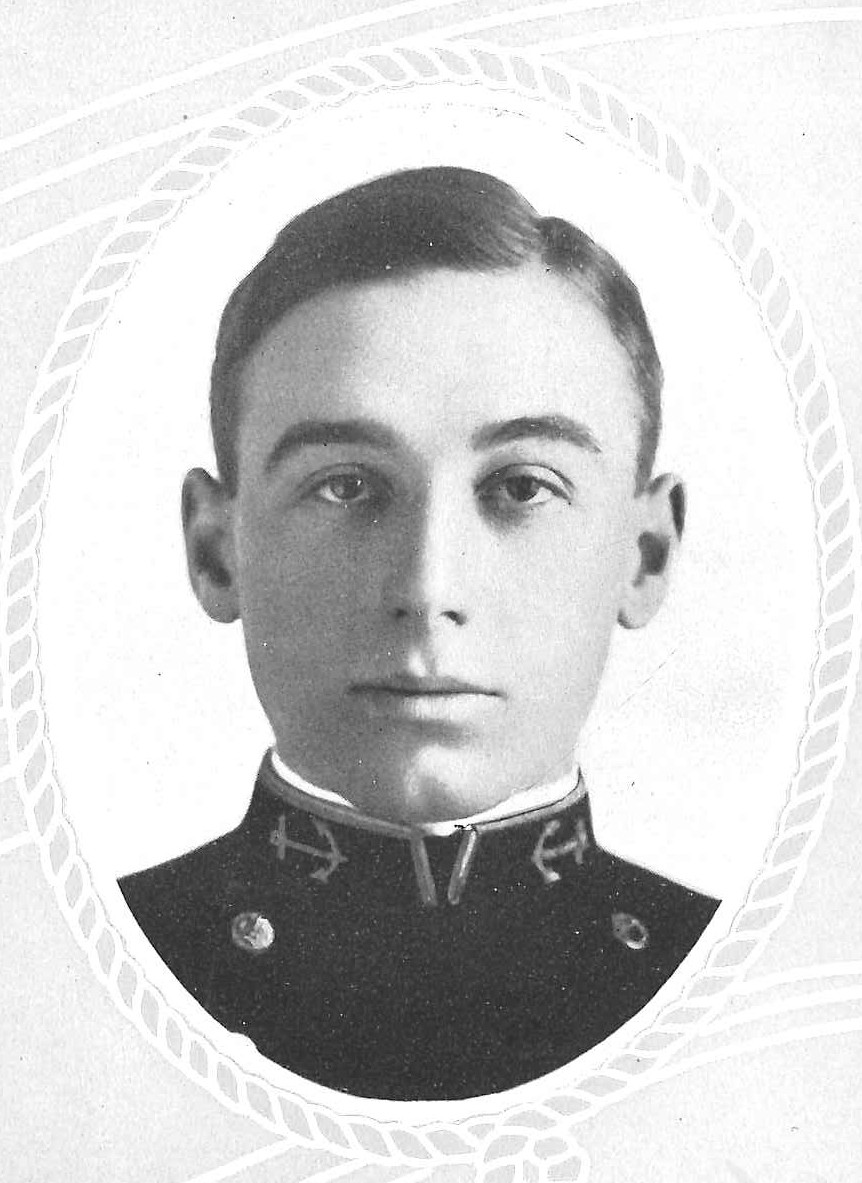 Harold Terry Bartlett was born in Black Hall, Old Lyme, Connecticut, on August 26, 1887.  He was appointed a midshipman from his native state and entered the United States Naval Academy, Annapolis, Maryland, in June, 1906.  He graduated with the Class of 1911 and was commissioned Ensign as of March 7, 1912.  He subsequently advanced in rank to Commander to date from June 30, 1932, when he was recalled and had active duty until relieved in February, 1943.

Detached from the Naval Academy on May 20, 1911, he was assigned for duty to the USS Connecticut, in which he served until December, 1913.  He then served consecutively in the USS Cumberland and USS Dolphin until September, 1914.  He was then ordered to the USS North Carolina and assigned for instruction in Aeronautics, having three months detached duty at Bergros Company, Marblehead, Massachusetts.  He was then ordered to the Naval Aeronautics Station, Pensacola, Florida, as one of the first class of students at that new establishment.  On December 21, 1914, he was designated Naval Aviator Number 21.  He remained at Pensacola on duty until May, 1916, when he again joined the armored cruiser North Carolina, and in October was transferred to the USS Washington for duty involving flying.  Her name was changed in April, 1917 to USS Seattle, and he was detached at that time.

Transferring to the USS North Carolina, he was attached for several months until reaching the European War Area.  In August, 1917 he joined the Aviation Force, Paris, France, and attended the conference of Commanding Officers at the Headquarters, Aviation Force, the month November-December, 1917.  Thereafter he served with the combat forces in both England, France and Belgium, and from August, 1918 he had temporary duty at the US Naval Air Station, Montchic-Sacanau (Gironde), France.  He was awarded the Navy Cross “For distinguished and heroic service as an aviator…cooperating with the Allied armies the Belgian Front during September, October, and November, 1918, bombing enemy bases, aerodromes, submarine bases, ammunition dumps, railroad junctions, etc., attached to the Northern Bombing Group.”

At the end of hostilities he reported for brief temporary duty to the Miami, Florida and Pensacola Naval Air Stations, and thereafter until November, 1919 he served in the Office of the Chief of Naval Operations, Navy Department, Washington, DC.  After nine months duty at Naval Air Station, Pensacola, he returned in August, 1920 to the Navy Department for Brief duty, and was assigned to the Naval Operating Base, Hampton Roads, Virginia, to serve as Officer-in-Charge of Fleet Torpedo Plane Division.

In February, 1922 he joined the USS Sandpiper Air Squadrons, and was Commanding Officer of Torpedo Plane Bombing Squadron One aboard that seaplane tender in the Atlantic until July, 1923.  Reporting back to the Navy Department, he served in the Bureau of Aeronautics, Plans Division, for two years.  In July, 1925 he reported to the Naval War College, Newport, Rhode Island, and was under instruction until May, 1926.  The remainder of that year he had temporary duty in various places, including Naval Air Station, Pensacola, as Instructor for three months; Bureau of Aeronautics for duty in connection with fitting out PN-10 planes; and in the Canal Zone attached to the oiler RAMAPO.

In December, 1926 he assumed command of Scouting Squadron 2, Air Squadrons, Battle Fleet, aboard the USS Langley, flagship, and from February to May, 1927 he remained aboard that carrier for other duty.  Transferring to the USS Arkansas, flagship of the Scouting Fleet, he had duty as First Lieutenant from May, 1927 to January, 1929.  He then had shore duty at the Naval Air Station, Naval Operating Base, Hampton Roads, until August, 1931.  Ordered to the Sixteenth Naval District Headquarters, Cavite, Philippine Islands, he served until May, 1932 when he returned to the United States.  He was then relieved of active duty and transferred to the Retired List of the Navy effective June 30, 1932.