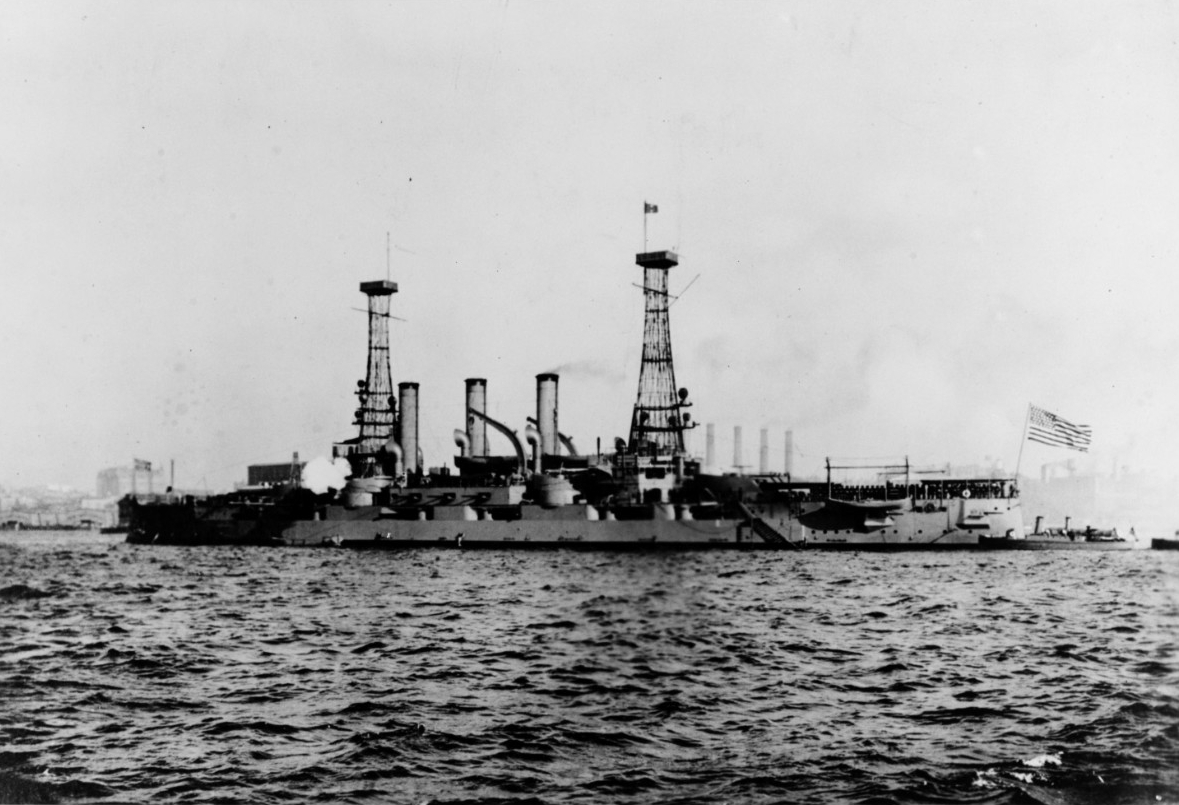 A river in New England, and one of the 13 original states.

The fourth Connecticut (Battleship No. 18) was launched 29 September 1904 by New York Navy Yard; sponsored by Miss A. Welles, granddaughter of Gideon Welles, Secretary of the Navy during the Civil War; and commissioned 29 September 1906, Captain W. Swift in command.

Joining the Atlantic Fleet, Connecticut became flagship 16 April 1907, and later that month joined in the Presidential Fleet Review and other ceremonies opening the Jamestown Exposition. On 16 December 1907, still flagship, she sailed from Hampton Roads on the cruise round the world of the Great White Fleet. On 8 May 1908, the Atlantic Fleet joined the Pacific Fleet in San Francisco Bay for a review by the Secretary of the Navy, and the combined fleets continued their cruise, with Connecticut as flagship, showing the flag and bringing a show of American strength to many parts of the world. The fleet returned to Hampton Roads 22 February 1909. 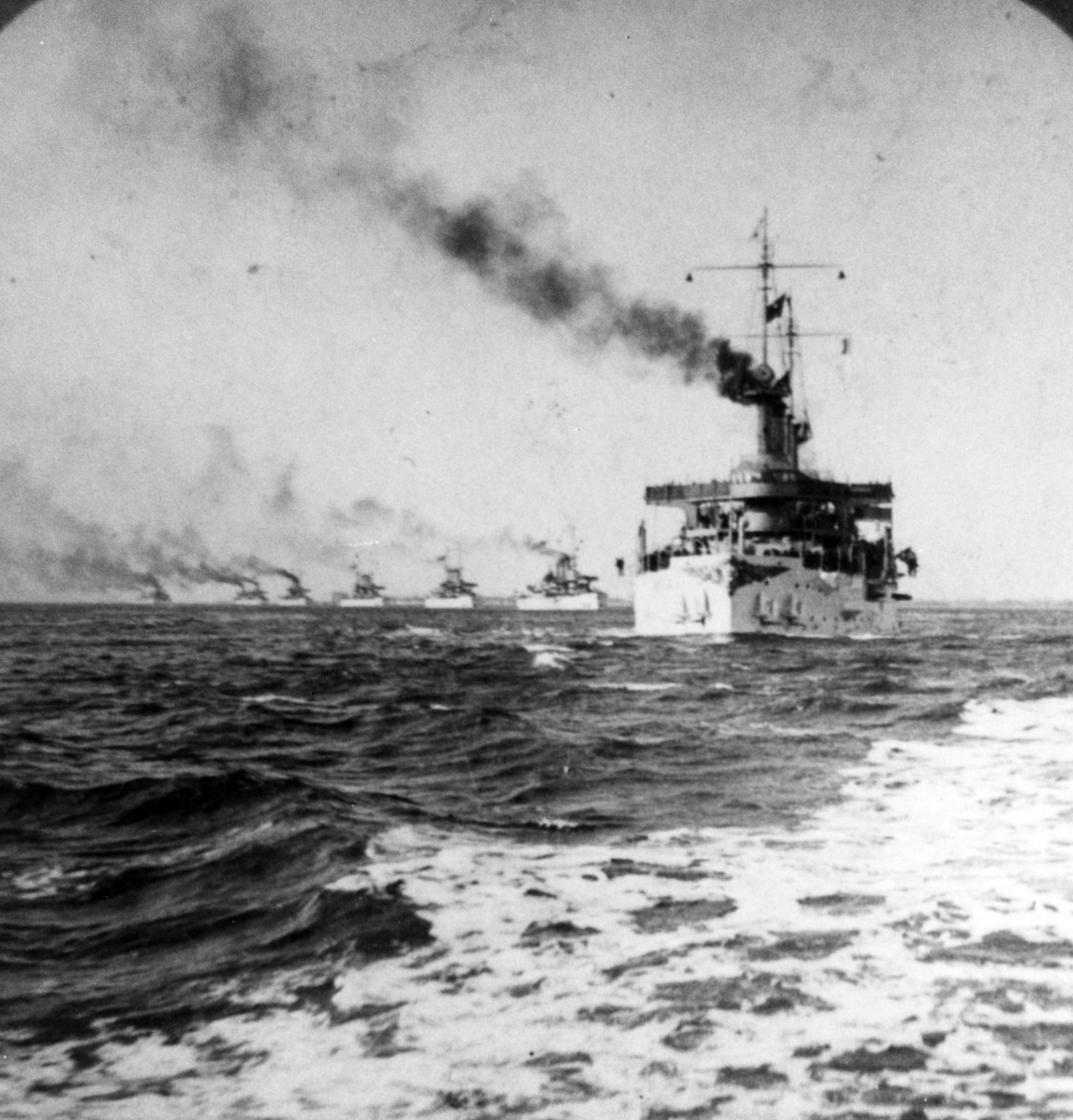 Connecticut (BB-18) leading the "Great White Fleet" to sea, circa December 1907, at the start of the cruise around the world. Courtesy of Commander D.J. Robinson, USN (Ret), 1981. Naval History and Heritage Command photograph, NH 92067.

Continuing to serve as flagship for the Atlantic Fleet until 1912, Connecticut cruised the east coast and the Caribbean from her base at Norfolk, conducting training and joining in ceremonial observances. Between 2 November 1910 and 17 March 1911, she made an extended cruise in European waters on a scouting problem. Between 1913 and 1915, Connecticut served with the Fourth Division, Atlantic Fleet, usually as flagship. Aside from a brief cruise to the Mediterranean in October and November 1913, she served in the Caribbean, protecting American citizens and interests during disturbances in Mexico and Haiti.

After repairs and temporary service as receiving ship at Philadelphia Navy Yard in 1916, Connecticut returned to full commission 3 October 1916 as flagship of the Fifth Division, Battleship Force, Atlantic Fleet. She operated along the east coast and in the Caribbean until the United States entered World War I. Based in the York River, Va., during the war, she exercised in Chesapeake Bay, and trained both midshipmen and gun crews for merchant ships. At the close of the war, she was fitted out for transport duty, and between 6 January and 22 June 1919 made four voyages to return troops from France. On 23 June 1919, she was reassigned, becoming flagship of Battleship Squadron 2, Atlantic Fleet.

In the summer of 1920, Connecticut sailed to the Caribbean and the west coast on a midshipman-Naval Reserve training cruise. The next summer found her in European ports on similar duty, and upon her return to Philadelphia 21 August 1921, was assigned as flagship Train, Pacific Fleet. She arrived at San Pedro, Calif., 28 October, and during the following year cruised along the west coast, taking part in exercises and commemorations. Entering Puget Sound Navy Yard 16 December 1922, Connecticut was decommissioned there 1 March 1923 and sold for scrapping 1 November 1923, in accordance with the Washington Treaty for the limitation of naval armaments.