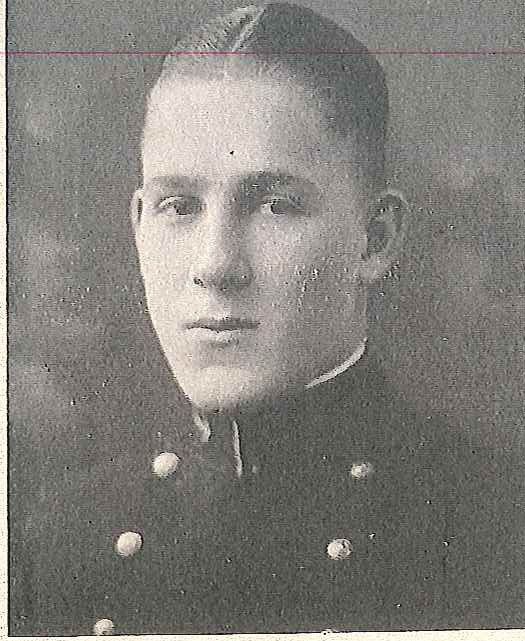 Joseph Lenoir Bird was born in Statesville, North Carolina, on May 11, 1905, son of the late Joseph L. C. and Mrs. Alda Motz Bird. He attended Central High School and the Army and Navy Academy of Washington, DC, prior to entering the US Naval Academy on June 16, 1922. He was graduated and commissioned Ensign on June 3, 1926, and subsequently advanced to the rank of Captain, his date of rank August 1, 1943.

Following graduation in June 1926, he remained at the Naval Academy for the summer course in Aviation, and in October joined USS Arizona. During his two years in that battleship, he served as a member of the first Electoral Mission sent to Nicaragua in accordance with the terms of the Treaty of Tipitapa of 1927. The years 1929 and 1930 were spent aboard the destroyers Yarborough, La Vallette, and Yarnall, operating off the West Coast of the United States.

In June 1930 he was transferred from the Line to the Construction Corps of the Navy, and ordered to the Postgraduate School, Annapolis, Maryland, for instruction preparatory therefor. He entered the Massachusetts Institute of Technology in September 1931 and was graduated with a Master of Science degree in Naval Architecture in August 1933.

From September 1933 to September 1936 he served in the Industrial Department of the Navy Yard, Mare Island, California, after which he was sent to the Navy Yard, Cavite, Philippine Islands, to serve for the next two years in various assignments. Upon his return to the United States in February 1939, he had a tour of duty at the Navy Yard, New York, serving as Assistant Laboratory Officer in the Material Laboratory until August 1941. Transferred from the Construction Corps to the Line and designated for Engineering Duty only (the Act of June 25, 1940), he reported in September 1941 to the Bureau of Ships, Navy Department, for duty in Shipbuilding Division (Shore Facilities). He remained there for six months after the outbreak of war.

Throughout the remaining years of the war, he was Hull Superintendent at the Navy Yard, Mare Island, California. As such, he had charge of repairing several hundred ships including USS San Francisco, USS Alchiba, and USS Helena, and numerous submarines and destroyers. He received a Letter of Commendation with authorization to wear the Commendation Ribbon, from the Secretary of the Navy as follows:

“For outstanding performance of duty as Hull and Repair Superintendent at the United States Navy Yard, Mare Island, California, from May 27, 1942, until the cessation of hostilities. Demonstrating a high degree of efficiency and initiative, Captain Bird rendered invaluable service in planning and organizing his department to the extent that repair schedules were improved and inoperative ship were placed in readiness in the minimum time. By his professional ability and willingness to adopt new methods and procedures, he was responsible in a large measure for the Yard’s ability to meet completion dates, thereby contributing to the successful prosecution of the war. His conscientious devotion to duty reflects in the highest credit upon Captain Bird an the United States Naval Service.”

Detached from the Canal Zone in June 1950, he served for three years thereafter as Director of the US Naval Radiological Defense Laboratory, San Francisco, California. In August 1953 he reported as Supervisor of Shipbuilding and Inspector of Ordnance, Quincy, Massachusetts.