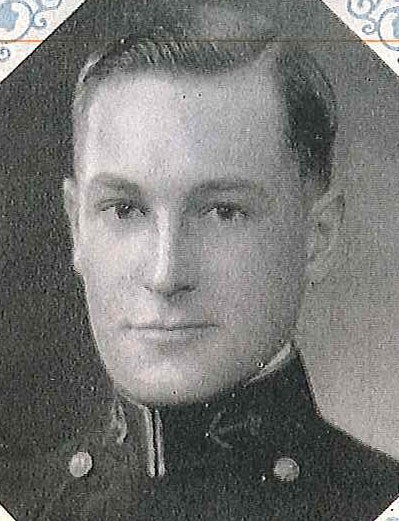 A native of Hartford, Connecticut, Captain Ellsworth learned sailing on Long Island Sound as a youngster. As a Midshipman at the Naval Academy he won the Thompson Sailing Trophy in 1928 and 1930, took second place in 1931, and as a young naval officer took part in Fleet Sailing Races (whale-boats and ketches) in Battleship Competition while assigned to USS Tennessee from 1934 to 1937.

The outbreak of World War II found him serving in the Atlantic as Executive Officer of USS Upshur, and from November 1942 until March 1944 he commanded that destroyer. Under his command the Upshur participated in escort of convoy duty in the North Atlantic. He spent the remainder of the was in the North Pacific as Commanding Officer of USS Jarvis, which participated in bombardments and anti-shipping sweeps in the Kurile Islands Area and with a Task Group sank a Japanese Convoy in the Sea of Okhotsk early in 1945. Upon the termination of hostilities he took a leading part in the demilitarization of North East Hokkaide.

Captain Ellsworth was awarded the Bronze Star Medal with Combat “V” for meritorious service as Commanding Officer of USS Jarvis in action against enemy Japanese forces from June 10 to August 11, 1945.

He served from February 1946 to March 1948 as Commander of a Sub Group of the San Diego Group, Pacific Reserve Fleet, then served fifteen months on board USS Oakland (CLAA), in the Western Pacific as Executive Officer and later in command. After a tour of duty as Executive Officer of the Recruit Training Center, San Diego, California, he had command of the Navy Oiler Mattaponi (TAO-41) from December 1950 to January 1952 and performed duty as Reserve Coordinator for the Eleventh Naval District until late in 1954.

On November 18, 1854, he assumed command of the Combat Troop Transport Navarro (APA 215) of Amphibious Forces and was Commander Destroyer Squadron 17 of Cruisers-Destroyers, Pacific from April 1956 to September 1957. Late in 1957 he assumed the duties of Chief of the U. S. Naval Mission in Bogota, Colombia, with additional duties as Chief of Military Assistance Advisory Group in that South American Country.

Bronze Star Medal: “For meritorious service as Commanding Officer of USS Jarvis in action against enemy Japanese forces during bombardments of Matsuwa Island on June 10, June 11, and August 11, 1945; the bombardment of Suribachi Wan on July 21, 1945; anti-shipping sweeps in the Sea of Okhotski on June 11, June 24-25 and July 16-19, 1945; and an anti-shipping sweep east of the Kurile Chain on August 11, 1945. Skillfully maneuvering his vessel during these engagements, Commander Ellsworth contributed materially to the success of his ship in delivering effective gunfire against enemy shore installations and in destroying a Japanese convoy. . .”