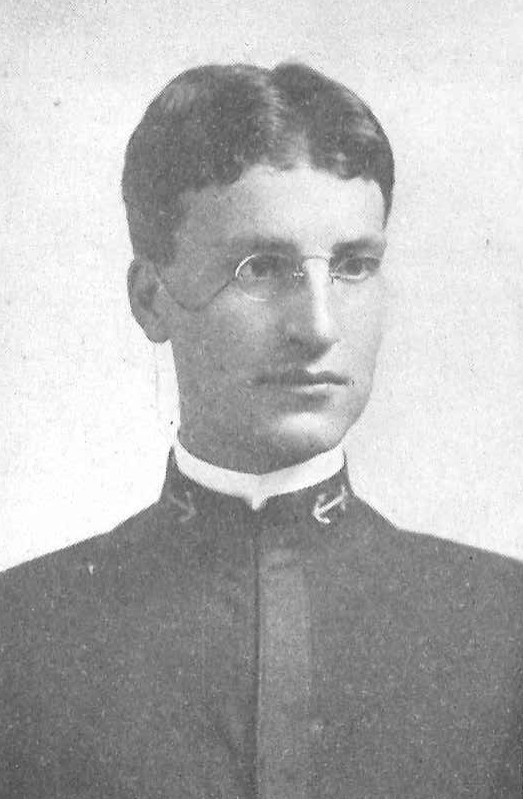 Commodore Bassett was born on April 3, 1885, in LaGrace, South Dakota.  He attended public schools of Moscow, Iowa, and Spokane, Washington, before his appointment to the US Naval Academy at Annapolis, Maryland, from Washington in 1903.  Graduated and commissioned Ensign on September 12, 1906, with the Class of 1907, he served three years sea duty before resigning from the Navy on March 31, 1940.  He enrolled in the Fleet Naval Reserve, in the rank of Ensign, on September 31, 1917, and on December 31, 1919, was released from active duty, continuing to serve actively in the Naval Reserve taking the yearly two week training cruises.  During the World War II emergency, he was recalled to active duty on October 17, 1941.

Advancing periodically in grade, Commodore Bassett was nominated to the grade of Commodore on October 5, 1945, and the selection was confirmed by the Senate on November 2, 1945.  On November 11, 1946, he was released from all active duty, transferring to the Retired List on June 29, 1948.

After graduation from the Academy in 1906, Commodore Bassett was assigned to the USS Chicago, then flagship of the Pacific Squadron, until January 1907.  Detached from the Chicago he reported aboard the USS Charleston and served in that cruiser until transferred to temporary duty in the USS St. Louis.  He resigned from the Naval service on March 31, 1910.

Commodore Bassett enrolled in the Fleet Naval Reserve in September 1917, and returned to special duty on the staff of the Commandant Thirteenth Naval District, Puget Sound, Washington.  In November 1918 he proceeded to the Fourth Naval District, Philadelphia, Pennsylvania for duty in connection with fitting out the USS Idaho.  Upon her commissioning on March 24, 1919, he reported aboard as Assistant Engineer Officer, Boilers, serving in that capacity for three months.  Between June and December 1919, he was assigned to the USS Columbia as Senior Engineer Officer, interspersed with temporary duty, for seventeen days in December, in the Third Naval District, New York, New York.  He was again relieved of all active duty on December 26, 1919.

While in an inactive status, Commodore Bassett served as Battalion Engineer Officer and Division Commander in the First Battalion US Naval Reserve, in the First Naval District. Boston, Massachusetts, until 1940.  In that year he served as Liaison Officer between Headquarters, First Naval District, and the State of Massachusetts, in connection with procurement of Naval Personnel and the prospective Selective Service.  From the time of his release from service at the end of World War I, until he returned to active duty, he was Sales Engineer in the Boston Office of the Babcock and Wilcox Company.

On October 17, 1941, Commodore Bassett reported for active duty and was assigned as Assistant Personnel Officer, Headquarters, First Naval District, with additional duty as Instructor of Naval Science and Tactics at the Massachusetts Maritime Academy, and on November 11, 1946 was released from active duty.  He was transferred to the Retired List on June 29, 1948.