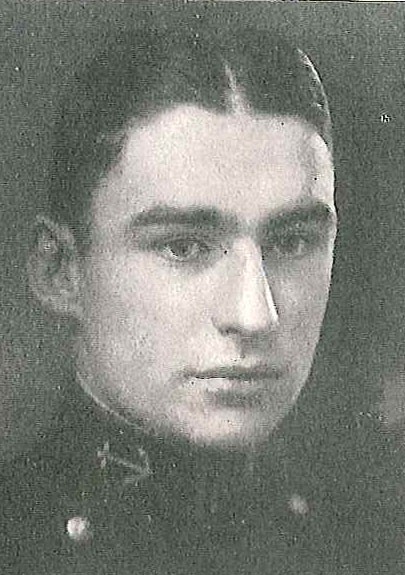 Captain Delaney was born in Boston, Massachusetts, September 7, 1904, the son of Mrs. Anna M. Delaney of Brookline, and the late Mr. John F. Delaney. He entered the Naval Academy, Annapolis, Maryland in June 1921 after graduation from Boston Public Latin School. He was commissioned Ensign upon graduation on June 4, 1925, and progressed at regular intervals in rank until his selection for Captain, permanent rank, was confirmed by Congress on February 7, 1949.

After leaving the Academy he served continuously at sea aboard battleships and destroyers of the Scouting Force, Atlantic Fleet, until in June 1932, he reported to the Postgraduate School, Annapolis, to take the course in General Line duties, and the following year remained there in connection with the preparation of training courses for the Bureau of Naval Personnel, then Bureau of Navigation. When detached in June 1934, he was ordered to sea duty as Engineer Officer in USS Lea, attached to the Yangtze Patrol, and then as Executive Officer of USS Guam from February 1935 until April 1936, and as Boiler Division Officer in USS Augusta for the succeeding twelve months.

In July 1937, Captain Delaney reported to Navy Yard, Boston, Massachusetts, for a two year tour of duty in the Industrial Department, before returning to sea in June 1939 as Assistant Engineering Officer, then Engineering Officer of USS Yorktown. While attached to the Yorktown he participated in all the early battles of the War until ship was sunk on June 5, 1942. He was awarded the Silver Star Medal for his services, with the following citation:

“For conspicuous gallantry and outstanding devotion to duty as Engineer Officer, USS Yorktown, in action against enemy Japanese forces in the Battle of Midway, June 4-6, 1942. On June 4, when an enemy bomb exploded and extinguished the fires in all but one of the ship’s boilers, Lieutenant Commander Delaney, through the efficient organization of his department and his competent direction of repair and engineering damage control, accelerated the speed of his engineering plant from 6 knots, the maximum speed of the damaged plant, to 23 knots in approximately an hour’s time. On June 6, as a member of the volunteer salvage crew, he inspected the partially flooded engineering spaces where he directed damage control activities until the ship was torpedoed by an enemy submarine. Lieutenant Commander Delaney’s utter disregard for his own life throughout these operations and his courage in volunteering an attempt to bring the Yorktown to port after the salvage crew had left her, were in keeping with the highest traditions of the United States Naval Service.”

Captain Delaney also received the Bronze Star Medal for his services in the Battle of the Coral Sea, and was cited as follows:

“For meritorious service as Engineer Office of USS Yorktown in action against enemy Japanese forces during the Battle of the Coral Sea on May 8, 1942. Efficiently training the personnel in his department and skillfully performing his duties, Captain (then Lieutenant Commander) Delaney rendered valuable assistance in maintaining the engineering force at the peak of combat efficiency and in restoring the plant to full operation within a minimum of time following a damaging aerial attack. When a hostile bomb struck the Yorktown and rendered three boilers and two condensers inoperative, he was instrumental in keeping the ship’s speed at an average fro a period of nearly two hours despite the loss of the majority of his repair party, thereby enabling the captain to maneuver successfully and avoid further hostile aerial bombing and torpedo attacks. His calmness under fire, leadership and devotion to duty upheld the highest traditions of the United States Naval Service.”

He returned to the United States, Twelfth Naval District, and upon detachment in August 1942, he reported to the Bethlehem Steel Company, Baltimore, Maryland, for duty in connection with conversion and fitting out USS Corsicana and was Executive Officer first of that vessel, then of USS Pecos, until ordered in April 1943 to duty in connection with fitting out USS Hall. As Commanding Officer of the Hall, he was in the escort group of USS Iowa which carried the President of the United States to the Teheran Conference. In that command he participated also in the invasion of the Marshall Islands, Kwajalein and Roi, until his hip was hit off the island of Wotje.

Captain Delaney reported in June 1944 to the War College, Newport, Rhode Island to take the command course. Six months later he was ordered to duty as a member of the Staff of Commander in Chief, Pacific Fleet, at Guam and at Pearl Harbor, until in December 1946, when he reported for staff duty to Commandant First Naval District, as District Planning Officer, headquarters in Boston, Massachusetts, where he is presently serving.