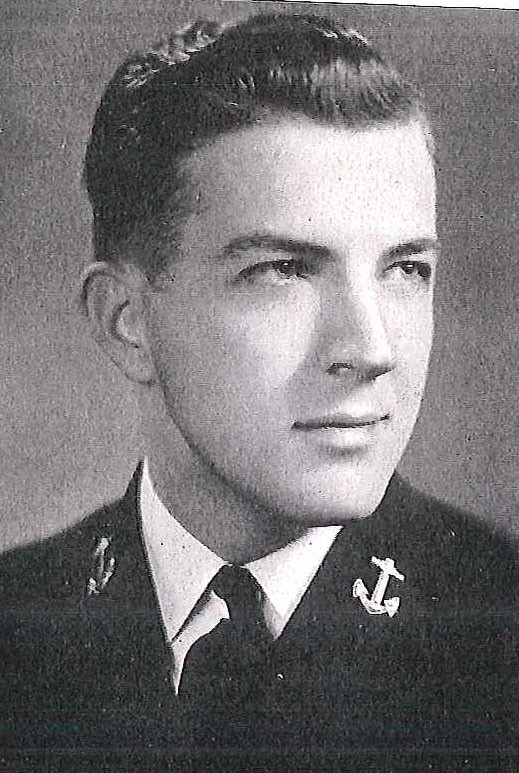 Henry McCloy Easterling was born in Monticello, Arkansas, on March 6, 1918, son of Mrs. Myrtle McCloy Easterling and the late Mr. Easterling. He attended Monticello High School and entered the US Naval Academy, Annapolis, Maryland, on June 16, 1937, after enlisted service from October 13, 1935, in USS Quincy and at the Naval Training Station, Norfolk, Virginia. He was graduated with the degree of Bachelor of Science and commissioned Ensign in the US Navy on February 1941 (course accelerated due to war emergency), and by subsequent advancement he attained the rank of Commander to date from July 1, 1951. His selection for the rank of Captain was approved on August 31, 1959.

After graduation from the Naval Academy in February 1941 he was order USS Milwaukee, and served as a junior officer on board that light cruiser until June 1942, during which period she operated in the Caribbean and American waters, and later with the South Atlantic Patrol, out of Recife, Brazil. He was then transferred to USS Stanley (DD-478), for duty as Gunnery Officer, and from October 1943 until October 1944 had similar duty on board the USS McGowan (DD-678). During the latter period he participated in operations in the Marianas and Western Carolines, and in the capture and occupation of Tinian.

From October 1944 until June 1945 he served as Executive Officer of the Fleet Gunnery and Torpedo School, Pearl Harbor, TH., and during the last two months of hostilities was Executive Officer of USS The Sullivans (DD-537), being aboard when she returned to the United States from the Pacific (Saipan Area). Detached in November 1945, he served as Commanding Officer of the USS Spangler (DE-696) for sixteen months, during which she performed occupation service in the Asiatic and China Areas, November 19, 1946 to February 2, 1947, and from May 27 to November 18, 1946, respectively.

He served as an Instructor in Gunnery at the Naval School, General Line, Newport, Rhode Island (later moved to Monterey, California) during the period March 1947 to May 1950. For five months he served as Gunnery and Readiness Officer on the Staff of Commander Carrier Division ONE, and from October 1950 to September 1951 had similar duty on the Staff of Commander Carrier Division FIVE. He then reported as Gunnery Training Officer for the Fleet Training Group, San Diego, California, and, detached from that duty in August 1954, assumed command in September of the USS Renshaw (DDE-499).