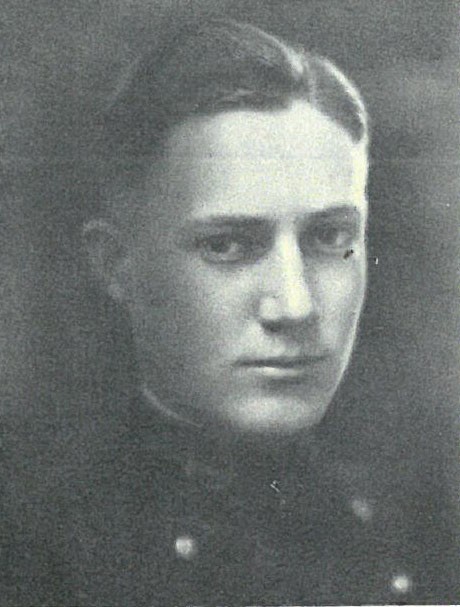 William Byron Bailey was born in Washington County, Tennessee, on March 18, 1902, son of Robert H. and Florence Eleanor (Saylor) Bailey. He attended grammar and high schools in Johnson City, Tennessee, before his appointment to the US Naval Academy, Annapolis, Maryland, from the First District of his native state in 1920. As a Midshipman he was a member of the Masqueraders (Stage Manager of the Masqueraders and Musical Clubs) and the Rifle Team. Graduated and commissioned Ensign on June 4, 1924, he subsequently advanced, attaining the rank of Captain, to date from November 10, 1945.

Following graduation from the Naval Academy in 1924, he joined USS California. Detached from that battleship, he had instruction in the spring of 1925, at the Naval Torpedo School, Newport, Rhode Island, after which he served as Engineer Officer and later as Executive Officer of USS Eagle 35. While aboard that vessel he participated in the development of underwater sound apparatus and anti-submarine tactics. He continued duty in Eagle 35, until May 1928, followed by instruction in communications in the Office of Naval Communications, Navy Department, Washington, DC.

In December 1928 he returned to duty afloat in USS Cincinnati, serving in that cruiser until May 1929, when he was ordered to the Postgraduate School, Annapolis, Maryland, for instruction in radio engineering. He continued the course during 1930 and 1931, at Harvard University, Cambridge, Massachusetts, receiving the degree of Master of Science. Completing his instruction, he then had duty from July 1931 to June 1934, as Radio Officer, Assistant to the Fleet Communication Officer, Communication and Flag Division Officer in USS Pennsylvania.

Returning to the United States, he was assigned to the Postgraduate School, Annapolis, as an Instructor in communications and radio engineering. While there he designed a circuit for training officers in radio operating, designed an enlarged laboratory and new facilities, and originated about on huudred new experiments in radio and electrical measurements for use of students. He remained on the staff of the Postgraduate School until June 1937, when he reported as Radio Officer on the staff of Commander Destroyer Squadron ELEVEN, and later assumed duty as Senior Aide and Squadron Tactical Officer serving as such until August 1940.

When the United States entered World War II, December 8, 1941, he was on duty as Radio Material Officer on the staff of the Commandant Fifth Naval District, with headquarters at the Naval Base, Norfolk, Virginia. He remained there until April 1942, when he joined USS Indiana. Detached from that battleship in September 1943, he then reported as Communication Officer on the staff of the Commander Ninth Amphibious Force. In November 1943 he transferred, in a similar capacity, to the staff of Commander Amphibious Group THREE and for “exceptionally meritorious conduct….as an Amphibious Group and Task Force Communications Officer during operations against enemy Japanese forces in assaults on Roi-Namur, Guam, Leyte and Lingayen, from December 1943 to June 1945…..” he was awarded the Legion of Merit with Combat “V.” The citation continues in part:

“Responsible for organizing the communications of the Flagship and the amphibious forces, totaling hundreds of ships and landing craft engaged in assaulting hostile territory, (he) skillfully directed communications to meet the changing needs of the Task Force during battle. Through his foresight in planning, his constant personal supervision and his courageous initiative while the Task Force was under frequent and at sustained aerial attack and bombardment by the enemy, he insured the most efficient functioning of communications for the control of ships and assault troops, support aircraft, fighter direction and Naval gunfire support, thereby contributing directly to the success of these hazardous invasion operations…..”

Returning to duty ashore in July 1945 he was an Instructor at the Army-Navy Staff College, Washington, DC, until June 1946, when he was assigned to the Office of the Chief of Naval Operations, Navy Department, Washington, DC. He remained there until February 1948, after which he commanded the Naval Communications Station, Fourteenth Naval District, Pearl Harbor, Territory of Hawaii. In June 1950 he became Assistant Chief of Staff for Communications on staff of the Commander Eastern Sea Frontier, and continued to serve as such until October 1951, when he reported as Commanding Officer of the Naval Communication Station, San Francisco, California.