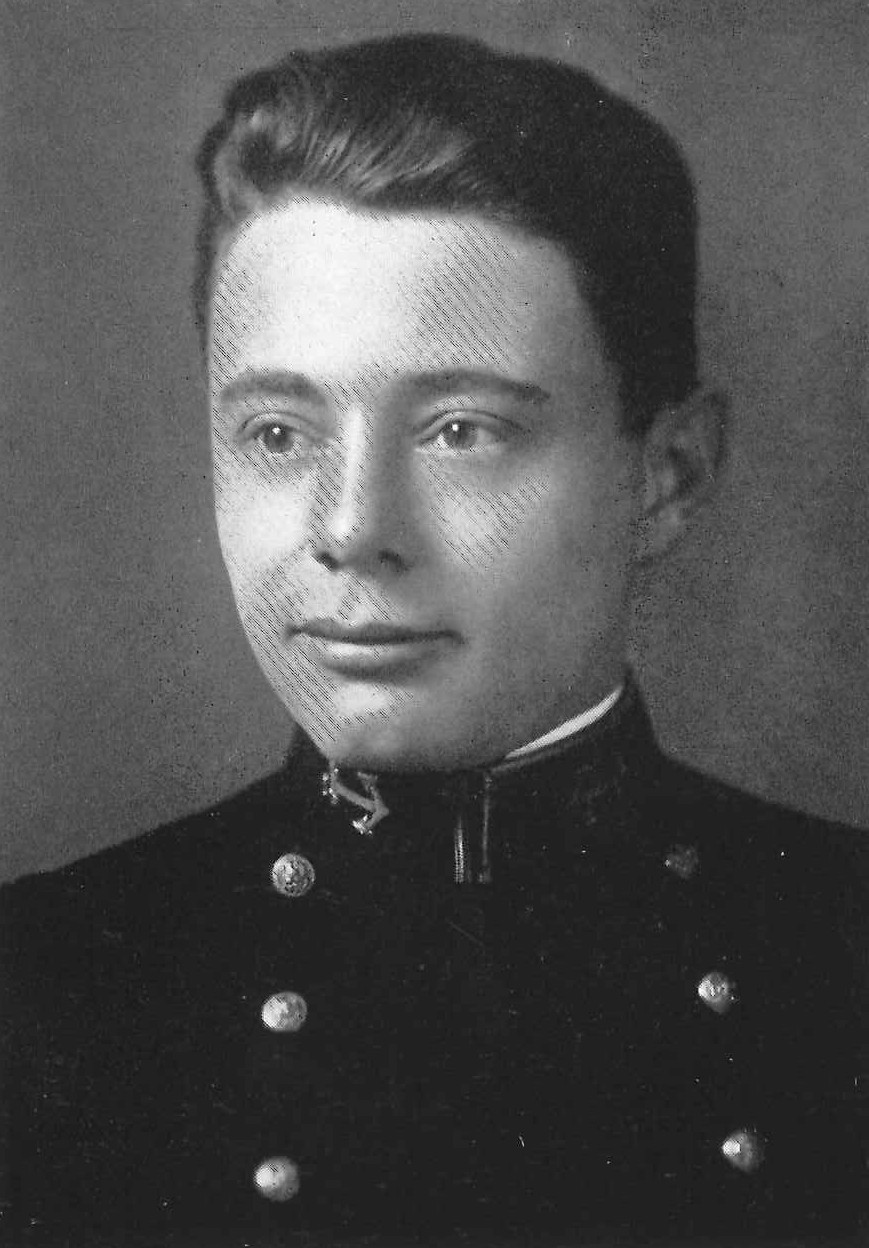 Harry Allan Barnard, Jr., was born in San Francisco, California on January 26, 1913, son of Mrs. Cora Edna (Gow) Barnard and the late Major Harry A. Barnard, USA.  He attended Western High School and Columbian Preparatory School, both in Washington, DC, before his appointment to the United States Naval Academy, Annapolis, Maryland, from the state of Nebraska.  Entering the Academy on June 14, 1932, he was graduated and commissioned Ensign on June 4, 1936, and through subsequent promotions attained the rank of Commander in 1948, to date from March 15, 1944.  He was transferred to the Retired List of the Navy on October 1, 1952, and advanced to the rank of Captain on the basis of combat citations.

After graduation from the Naval Academy in June 1936, he served successively in the USS Louisville, a unit of Cruiser Division 5, Scouting Force; the USS Hull, of Destroyers, Battle Force; and the USS Tulsa, operation on Asiatic Station.  Detached from the latter in September 1941, after participating in operations during the Japanese occupation of Kulangsu, Amoy and Swatow, he joined the USS Aaron Ward in December 1941, and served as Gunnery Officer aboard that destroyer during the first six months of World War II.

Instruction at the Submarine Chaser training Center, Miami, Florida, was followed by temporary duty from August to December 1942, in Washington, DC, and New Orleans, Louisiana.  During the period December 1942 until May 1943, he had consecutive command of USS PC-1119 and USS PC 597, after which he returned to the Submarine Chaser Training Center for a month’s duty.  He was attached briefly to the Navy Yard, Mare Island, California, in connection with fitting out the USS Dempsey (DE 26), and assumed command upon her commissioning on July 24, 1943.

Detached from command of the Dempsey in December 1943, he had brief temporary duty at Headquarters, Eleventh Naval District, San Diego, California, and in the Eighth Naval District, New Orleans, Louisiana, before assuming command in February 1944 of the USS Richard M. Rowell (DE 403).  He was awarded the Legion of Merit with Combat “V,” for “exceptionally meritorious conduct…..as Commanding Officer of the USS Richard M. Rowell in action against enemy Japanese forces in the Southwest Pacific War Area on October 24, 1944….” at which time he “delivered an effective and destructive anti-submarine attack which resulted in evidence of the probable sinking of the enemy vessel…..”

In April 1945 he reported to Commander Destroyers, Pacific Fleet, and in June he assumed command of the USS Sigsbee, in which he served throughout the remaining war period, and until April 1946.  He reported the next month to the Office of the Chief of Naval Operations for a tour of duty ending in February 1949.  From March to December of that year he commanded the USS Beatty (DD 756), and for two months thereafter was attached to the Naval Station, New Orleans, Louisiana.

He next served at Headquarters, Twelfth Naval District, March 1950 – August 1951, and for a year thereafter was under treatment at the Naval Hospital, Oakland, California.  He again reported for active duty in July 1952, and was attached briefly to the Amphibious Training Command, Pacific Fleet, before being relieved of all active duty pending his transfer to the Retired List of the US Navy on October 1, 1952.