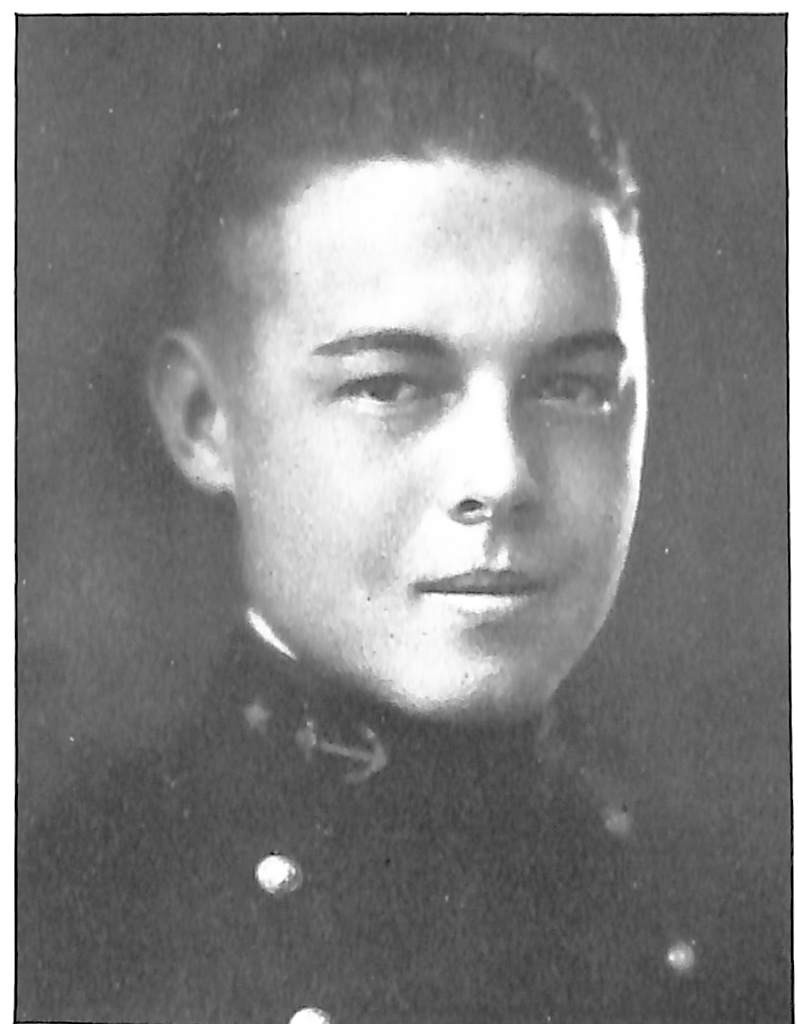 Captain Anderson was born in Galveston, Texas, on 20 February 1905, the son of the late Charles Harper Anderson and Carolina Gwyn Anderson. He was graduated from Ball High School, in Galveston, in 1920, and attended Rice Institute, Houston, Texas, for a year before entering the United States Naval Academy, Annapolis, Maryland, upon appointment from his native state on 24 June 1921. Graduated with distinction with the Class of 1925 and commissioned Ensign to rank from 4 June 1925, he subsequently progressed in grade until his promotion to Captain, to rank from 20 June 1943.

Following graduation from the Naval Academy in June, 1925, Captain Anderson was assigned to the USS New Mexico, and served in that battleship, flagship of Battleship Division 4, Battle Fleet, until June, 1929, when he was transferred to the USS Thompson. He had duty as gunnery officer of the Thompson, operating with Division 32, Squadron 11, Destroyer Squadrons, Battle Fleet and later served briefly in the same capacity aboard the USS Babbitt, until June, 1930. Returning to Annapolis, Maryland, for instruction in ordnance engineering (explosives) at the Postgraduate School, he continued instruction at the University of Michigan, Ann Arbor, Michigan, where he received the degree of Master of Science in Chemical Engineering in June, 1932, and the following year at various places under supervision ‘of the Postgraduate School.

Duty in connection with fitting out the USS New Orleans at the Navy Yard, New York, preceded duty aboard that cruiser from her commissioning, 15 February 1934, until June, 1937, except the period May to November, 1936, when he served as Commanding Officer of the Naval Detachment at the Texas Centennial Central Exposition at Dallas, Texas. He next served as Inspector of Munitions at the Naval Gun Factory, Washington, DC, until June, 1939.

Captain Anderson served as gunnery officer of the USS Utah, battleship of the Train, Base Force, US Fleet, operating from the West Coast, from June, 1939, until July, 1941, when he returned to the United States. At the time of the Japanese attack on Pearl Harbor, 7 December 1941, he was serving 'as Section Chief, Bureau of Ordnance, Navy Department, with responsibility for the production of Anti-Aircraft machine guns and mounts. In 1943 he relieved Captain F F Foster, USN, as Section Chief responsible for research and development of naval guns and mounts.

For meritorious service in that capacity during the period July, 1943 to October, 1944, he received a Letter of Commendation, with authorization to wear the Commendation Ribbon, from the Secretary of the Navy. (Citation not available.)

In October 1944 Captain Anderson was ordered to duty in charge of fitting out the USS Collingsworth (APA 146) at the California Shipbuilding Corporation, San Pedro, California, and as her prospective Commanding Officer. He assumed command at her commissioning on 27 February 1945, at the Naval Operating Base, Astoria, Oregon. Under Captain Anderson's command, the Collingsworth became a part of Task Force 13.10.5 and embarked on 27 June 1945, with troops and cargo for Eniwetok, Guam, Ulithi, and Okinawa. V-J Day found her anchored off Machinato, Okinawa, and during the three succeeding months she transported units of the Army Service Command in the initial landings in Korea to establish American military government; units of the First Marines from Okinawa for the initial landings at Tientsin, China, and Chinese troops from Kowloon to Chinwangtao, and to Tsingtao, China. Completing the latter assignment on 8 November 1945, she joined the "Magic Carpet" and embarked with 1500 high point American veterans of the Pacific from Korea to the United States.

Captain Anderson was relieved of command of the Collingsworth on 6 March 1946, just prior to her decommissioning at Norfolk on 18 March. He was then ordered to duty in the Office of the Chief of Naval Operations, Navy. Department, Washington, DC, where he served in the New Developments Progress Section. On 23 July 1947, he was ordered to duty as Chief of Staff and Aide, and Operations Officer on the staff of Commander, Cruiser Division 3.

Captain Anderson is a member of the Naval Institute and the Army and Navy Country Club, Arlington, Virginia