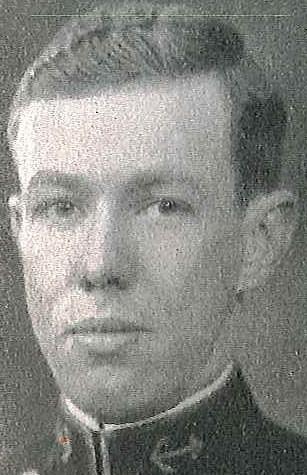 Commander Foley was born in Littleton, North Carolina, on October 23, 1908, the son of Joseph G. Foley and Mrs. Helen Ferrall (Maguire) Foley. He attended the University of Georgia, Athens, Georgia, for one year before his appointment to the US Naval Academy at Annapolis, Maryland, from the Fourth Congressional District of Georgia in 1927. Graduated and commissioned Ensign on June 4, 1931, he advanced progressively in grade to the rank of Commander to date from November 1, 1942.

After graduation from the Academy in 1931, Commander Foley had a month’s training at the Naval Air Station, San Diego, California, after which he joined USS Pennsylvania. He was assigned to that battleship until May 1933, and the following month reported for instruction at the Submarine Base, New London, Connecticut. Completing the course there in December 1933, he served between February 1934 and May 1938, aboard the submarine Nautilus, and thereafter had instruction at the Postgraduate School, Annapolis, Maryland until October 1939.

Following an extended period of hospitalization at the Naval Hospital, Annapolis, Maryland, Commander Foley reported in August 1940 for duty on the staff of Commander, Destroyer Squadron Twenty-seven. During September 1940, he was attached to the staff of Commander Destroyer Squadron Thirty. He returned to duty with Destroyer Squadron Twenty-seven and in September 1942 was assigned duty as Operations Officer on the staff. Detached from staff assignments in December 1942, he assumed command of USS Rodman. For meritorious service while commanding that mine-sweeper, he was awarded the Silver Star Medal and the Bronze Star Medal and cited as follows:

“For conspicuous gallantry and intrepidity as Commanding Officer of USS Rodman, during the amphibious assault on Normandy, France, June 6, 1944 and the bombardment of Cherbourg, France, June 25, 1944. Maneuvering through heavily mined waters and under intense and accurate gunfire from enemy shore batteries, Commander Foley directed his ship in delivering devastating fire against enemy fortifications and gun emplacements and in screening heavy ships from enemy surface forces and submarines. His leadership and devotion to duty were in keeping with the highest traditions of the United States Naval Service.”

“For meritorious achievement as Commanding Officer of USS Rodman prior to and during the amphibious invasion of Southern France, in August 1944. An experienced and efficient leader, Commander Foley rendered invaluable service in directing the thorough training of his crew and in bringing his ship to a peak of operational efficiency in preparation for the assault. Prior to the initial  landings, he led the Rodman through dangerous and restricted waters close to known enemy minefields and within easy range of hostile shore batteries, delivering concentrated and accurate bombardment fire against all enemy strongpoints in the area before effective counterfire could be returned. Commander Foley was largely responsible for the successful pre-assault bombardments of the Rodman, thereby contributing materially to the early and effective establishment of the Allied beachheads and to the over-all success of the invasion. His courage and devotion to duty were in keeping with the highest traditions of the United States Naval Service.”

Commander Foley also received a Letter of Commendation, with authorization to wear the Commendation Ribbon, from the Secretary of the Navy, for duty as Commanding Officer of USS Rodman, while participating in a search for and destruction of an enemy submarine off Cape Santa Pola, Spain, on May 14-17, 1944.

Relieved of command of the Rodman in October 1944, Commander Foley had temporary duty during November and December 1944 at the Fleet Operational Training Command, San Diego, California. Thereafter he had duty in connection with fitting out USS John W. Thomason at the Bethlehem Steel Company, San Francisco, California. He was detached in September 1945, before her commissioning, and reported as Chief Staff Officer to the Commander, Charleston Group, Atlantic Reserve Fleet and remained in that duty until September 1948. The following month he joined Mine Division Two, and continues to serve in that assignment.

In addition to the Silver Star Medal, the Bronze Star Medal and the Commendation Ribbon, Commander Foley has the American Defense Service Medal, Fleet Flasp; the American Area Campaign Medal; the European-African-Middle Eastern Area Campaign Medal with four battle stars; and the World War II Victory Medal. He has also been awarded the Croix de Guerre with Silver Star by the Government of France.