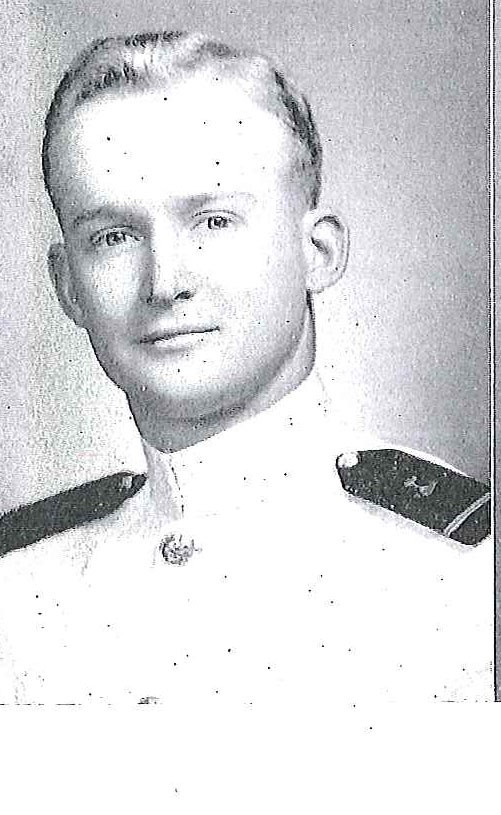 Steven Hamilton Edwards was born on June 8, 1936, in Albany, New York, son of Foster and Madeleine (Steven) Foster. He attended Thayer Academy, Braintree, Massachusetts, prior to entering the US Naval Academy, Annapolis, Maryland, on appointment from the State of Massachusetts in 1954. Graduated and commissioned Ensign on June 4, 1958, he subsequently advanced in rank to that of commander, to date from December 1, 1971.

Following graduation from the Naval Academy in 1958, he joined USS Benham (DD-796) and in June 1960 transferred to USS John King (DDG-3). In June 1962 he returned to the Naval Academy, where he served in the Executive Department until June 1964. In September that year, he reported as Executive Department Officer of USS Hammerberg (DE-1015) and “for outstanding achievement. . .” in that capacity from November 1964 to November 1965 was awarded the Navy Achievement Medal. The citation further states in part:

“. . . Through the outstanding leadership and professional competence of Lieutenant Commander (then Lieutenant) Edwards, Hammerberg achieved unprecedented successes as the first United States participant in NATO Match-Maker Squadron ONE. Lieutenant Commander Edwards tireless efforts to organize, administer, and develop this new concept in allied naval operations is a tribute to his technical ability and dedication to duty. . .”

In May 1966 he became Flag Secretary to Commander Cruiser-Destroyer Force, US Atlantic Fleet and in May 1968 joined USS Semmes (DDG-18) as Executive Officer. In October 1969 he assumed command of USS Lester and in September 1971 was detached for duty as Flag Lieuenant to the Commander in Chief Allied Forces, Southern Europe. Since June 1973 he has been commanding USS Julius A. Furer  (DEG-6).

He received the degree of Master of Arts in Personnel Administration from George Washington University, Washington, DC, in 1964.

In addition to the Navy Achievement Medal, Commander Edwards has the National Defense Service Medal.

He enjoys golf, swimming, and sailing.