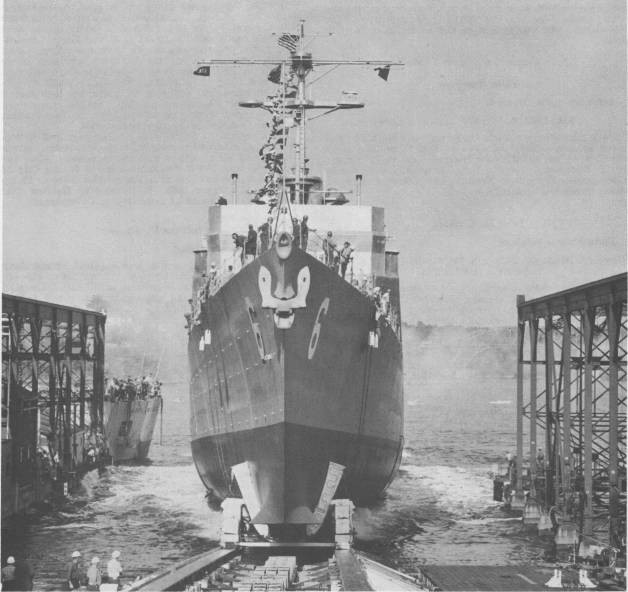 Julius Augustus Furer, naval constructor, inventor, administrator, and author, was born 9 October 1880 at Mosel, Wis. Appointed to the Naval Academy in 1897, he graduated at the head of his class in 1901. After sea duty in Indiana and Shubrick, he acquired a Master of Science degree from the Massachusetts Institute of Technology in 1905.

In the era of great naval expansion after the Spanish-American War, Furer established a reputation for professional competence in his remarkably expeditious outfitting of the Navy Base at Charleston, S.C., which at that time lacked a physical plant, natural resources, and a skilled shipbuilding labor force.

While serving in the Philadelphia Navy Yard in 1911, he applied new theories of scientific management. His advanced thinking and methods of procurement brought him the added task of purchasing all tools, machinery, and dock facilities for the Navy's new base for the Pacific Fleet, Pearl Harbor. Furer installed the equipment in 18 months, but delayed his departure when F-4 (SS-23) sank in 50 fathoms off Honolulu. He insisted on salvaging her, and invented a submersible pontoon which raised the boat and enabled her to be moved to drydock. An investigation of her hull revealed a design error which was corrected to avoid similar accidents.

Furer returned to Washington late in 1915 and took charge of the Supply Division, Bureau of Construction and Repair. Against some opposition by advocates of smaller vessels, he proposed the construction of 110-foot submarine chasers to meet the threat of the German U-boat. Furer's arguments persuaded the Navy's General Board to order 450 vessels constructed on Furer's basic design. These contributions to the American war effort earned Furer the Navy Cross.

Following the war, he reported to the staff of the Commander in Chief, Pacific Fleet, and tirelessly devoted his talent to the improvement of damage control, ship design, and crew comfort. From December 1922 to April 1927, he was a member of the U.S. Naval Mission to Brazil. Furer next was assigned to the Asiatic Station, where he developed extensively the aircraft facilities at Cavite, Philippine Islands.

In 1928, he became Manager of the Industrial Department of the Philadelphia Navy Yard, and supervised the modernization of battleships Pennsylvania and New Mexico. Under his management, the yard set records for low costs and speed of construction.

Between July 1935 and December 1937, Furer was Naval Attache at embassies in London, Paris, Berlin, and Rome. His technical advice aided the American delegation to the London Naval Conference in 1936.

Julius Furer retired from active service in 1945, but was recalled to duty in the Navy's History Division in 1951. During a second retirement, he wrote the widely acclaimed study, Administration of the Navy Department in World War II, published in 1960.