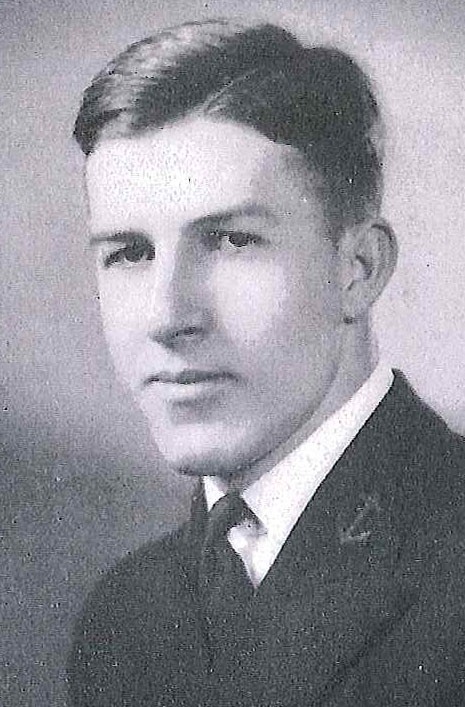 John Murphy DeVane, Jr., was born in Fayetteville, North Carolina, on October 14, 1915. He entered the US Naval Academy, Annapolis, Maryland on appointment from his native state in 1933. Graduated and commissioned Ensign on June 3, 1937, he subsequently advanced in rank, attaining that of Captain, to date from September 1, 1955.

Following graduation from the Naval Academy in 1937, he served in USS Enterprise until May 1939, interspersed with duty from October 1937 until June 1938 in USS Lexington. Ordered to the Naval Air Station, Pensacola, Florida, he had flight training and on May 2, 1940 was designated Naval Aviator. In June of that year he joined Bombing Squadron FOUR, based on USS Ranger, and was serving with the squadron when the United States entered World War II, December 8, 1941. “For extraordinary heroism…during the occupation of French Morocco, November 8-11, 1942…” he was awarded the Navy Cross. The citation follows:

“Participating in four dive-bombing and strafing raids, Lieutenant DeVane under a bursting hail of anti-aircraft shells, pressed home vigorous and persistent attacks against hostile airfields, light vessels, gun emplacements, tanks and trucks. His superb airmanship and aggressive devotion to duty, maintained at great personal risk in the face of grave danger, contributed materially to the reduction of hostile resistance and to the successful accomplishment of vital objectives preliminary to invasion.”

From August 1943 to January 1945 he was attached, as Training Officer, to Scouting-Bombing Squadrons ONE and FOUR at the Naval Auxiliary Air Station, Cecil Field, Jacksonville, Florida, after which he commanded Bombing-Fighting Squadron ONE HUNDRED FIFTY-TWO. He served on the staffs of Commander Task Force FIFTY-EIGHT and Commander Air Force, Pacific during the period October 1945 to February 1946 and the same month reported as Executive Officer of USS Suwannee. He briefly commanded that escort carrier before he was detached in September 1946 to command Carrier Air Group FIFTEEN.

In July 1948 he became an Instructor in the Department of Aviation at the Naval Academy, where he remained until July 1951. He was next in command of Composite Squadron THIRTY-THREE and in August 1955 reported as Executive Officer of the Naval Air Station, Patuxent River, Maryland. He was a student at the Naval War College, Newport, Rhode Island, from August 1955 until June 1956, when he joined the staff of Commander FIRST Fleet as Officer in Charge of Detachment ABLE. Since September 1958 he has been Head of the Weapons Readiness Branch in the Atomic Energy Division, Office of the Chief of Naval Operations, Navy Department, Washington, DC.