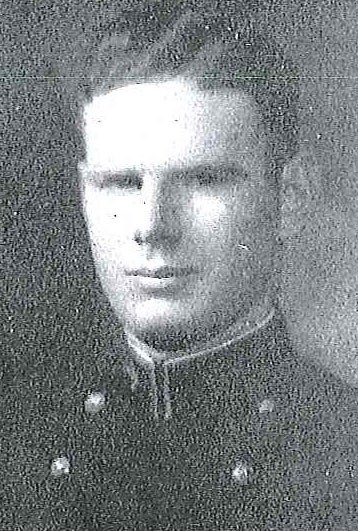 George Wade Foott was born in Portland, Oregon, on April 7, 1907, son of the late George W. and Katherine M. (Mercer) Foott. He attended high school in Portland, and served in an enlisted capacity in the US Navy from 1924 to 1926. Appointed in 1926 from his native state, to the US Naval Academy, Annapolis, Maryland, he completed the four year course there in 1930 and was graduated and commissioned Ensign, June 5 of that year. Promoted to Lieutenant (jg) on June 5, 1933, he transferred, in that rank, to the Supply Corps of the U S Navy, on October 10, 1935. He advanced progressively in rank until his promotion to that of Captain to date from July 1, 1949.

Following graduation from the Naval Academy in 1930, he joined USS New Mexico, and in May 1931 transferred to the USS Marblehead. Detached from that cruiser in August 1934, he returned to the United States and reported for instruction to the Supply and Finance School, Philadelphia, Pennsylvania. Completing the course there in June 1935, he had duty until June 1937 as Disbursing Officer on the staff of Commander Destroyer Division Fifteen, operating on Asiatic Station.

He served until June 1939 as Assistant to the Supply Officer at the Puget Sound Navy Yard, Bremerton, Washington, after which he joined USS Pyro as Supply Officer. He continued duty in that ammunition ship until April 1941 when he was assigned to the Naval Supply Depot, Bayonne, New Jersey. In September 1941 he became Officer in Charge of the Navy Supply Pier, Portland, Oregon, and for services rendered the fleet units while in the latter duty, he received a Letter of Appreciation from the Senior Officer Present Afloat. From January 1942 to February 1943, he was Supply and Accounting Officer at the Naval Operating Base and Naval Air Station, Argentia, Newfoundland.

Completing eight months’ service in November 1943, as Officer in Charge of the Field Operations Branch, Bureau of Supplies and Accounts, Navy Department, Washington, DC, he joined the staff of Commander Service Force, U. S. Pacific Fleet, as Assistant to the Force Supply Officer. He continued duty in that capacity until July 1945, when he reported as Officer in Charge, General Supply Depot, Naval Supply Center, Pearl Harbor, Territory of Hawaii. Transferred in November 1946, to the Naval Supply Center, Oakland, California, he served as Officer in Charge, General Supply Depot until May 1949.

He remained there until September 1953, after which he served as Supply Officer of the Long Beach (California) Naval Shipyard, In May 1956 he became Commanding Officer of the Naval Supply Depot, Seattle, Washington.