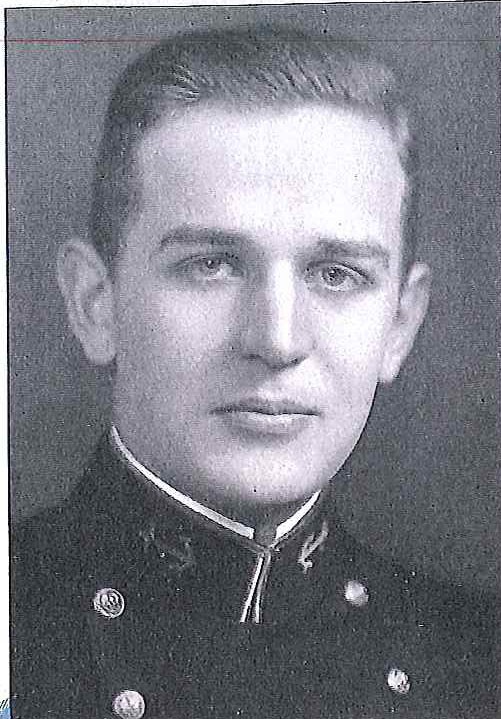 Howard Burton Berry, Jr., was born in Long Beach, California, on January 17, 1917, son of Captain Howard B. Berry, USN, and Mrs. (Hilda Heinemann) Berry. He entered the US Naval Academy, Annapolis, Maryland, on appointment at large, on July 23, 1934, and was graduated and commissioned Ensign in the US Navy on June 2, 1938. He was subsequently promoted to Lieutenant (junior grade) on June 2, 1941; and to Lieutenant, to date from June 15, 1942.

After graduation from the Naval Academy in June 1938, he was assigned to USS New Mexico, in which he served as a junior officer until September 9, 1939. During the next year he served successively in USS Henderson, a unit of Naval Transport Service, and USS Tattnall, a destroyer of the Special Service Squadron. Reporting to Headquarters, Fifteenth Naval District, on September 14, 1940, he was ordered to the US Submarine Base, New London, Connecticut, for instruction in submarines, and upon completion of the course was ordered to the Electric Boat Company, New London Ship and Engine Works, Groton, Connecticut, where he assisted in fitting out USS Mackerel.

He joined the Mackerel upon her commissioning, March 31, 1941, and was serving in that submarine at the outbreak of World War II in December of that year. Detached on February 15, 1943, he assisted in fitting out USS Cisco, and on May 10, her commissioning date, reported for duty on board that submarine, having qualified as a Submariner on March 8, 1943. The Cisco left Portsmouth, New Hampshire, on June 9 for exercise, then operated between Portsmouth, Newport, Rhode Island, and New London, Connecticut until July 25. She arrived in the Panama Canal Zone on August 2, and departed for Australia on August 7.

Lieutenant Berry was officially determined to be missing in action as of November 6, 1943, when the Cisco failed to return from her was patrol in the South China Sea. In compliance with Section 5 of Public Law 490, as amended, death is presumed to have occurred on January 8, 1946.

Lieutenant Berry was posthumously awarded the Purple Heart Medal, and was also entitled to the American Defense Service Medal with Bronze "A"; the Asiatic-Pacific Campaign Medal; and the World War II Victory Medal.