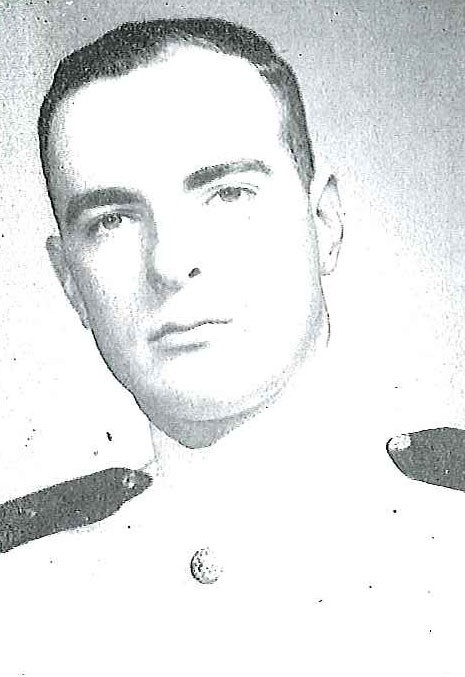 Vice Admiral Eytchison was born November 3, 1936, in Boise, Idaho. He graduated with distinction from the United States Naval Academy in June 1958, earning a bachelor of science in Naval Science. In December 1961 he completed one year of nuclear power training in California and Idaho. This was followed by training at the US Naval Submarine School, Groton, Connecticut. From February 1966 to December 1967 he studied as an Olmsted Scholar at the University of Sao Paulo, Brazil and was “licenciado” in international law and politics. The admiral earned a master’s degree in International Relations from the American University School of International Service in Washington, DC, in 1968.

Following graduation from Annapolis, he served aboard the destroyer USS Leonard F. Mason (DD852) in the Pacific as engineer officer until December 1960. After nuclear power and submarine training he served in USS Skipjack (SSN 585), the world’s fastest submarine, as operations officer and navigator. Then in 1994 and 1965 he was assigned as engineer officer of the strategic missile submarine USS Sam Houston (SSBN 609).

Upon completing graduate work in 1968, Vice Admiral Eytchison participated in Five Polaris deterrent patrols as executive officer of USS Abraham Lincoln (SSBN 602), in the Atlantic. He then assumed command of the nuclear attack submarine USS Skate (SSN 578) in June 1971 and served in that position for the next 45 months. In May 1976, after 14 months as Deputy Commander Submarine Squadron Two, he was assigned as Senior Member of the Atlantic Fleet Nuclear Propulsion Examining Board.

In 1979, Vice Admiral Eytchison served on the staff of President Carter’s Commission on the Accident at Three Mile Island. Subsequently, he assumed command of Submarine Squadron Six in Norfolk, Virginia, 1980, he reported to Washington as Head, Submarine Officer Personnel Distribution and Director, Nuclear Power Personnel Programs, Office of the Chief of Naval Operation.

In January 1987, Vice Admiral Eytchison was assigned as Director, Strategy, Plans and Policy Division, Office of the Chief of naval Operations. He assumed duties in November 1988 as Director, Strategic Target Planning and was promoted to the rank of vice admiral. In this position he was responsible for targeting all strategic nuclear weapons and advising the Secretary of Defense on strategic force levels.

After military retirement Vice Admiral Eytchison was trained under sponsorship of the Institute of Nuclear Power Operations at Virginia Power Company’s Surry Power Station. He then joined the Tennessee Valley Authority as Senior Vice President, Nuclear Operations and was responsible for operation of the Sequoyah and Browns Ferry Nuclear Stations as well as preparing Watts bar Nuclear Station for operation after licensing. Since October 1994 he has been an independent management consultant to the nuclear power and nuclear fuels industries. He has served on several nuclear safety boards and as the nuclear advisor to the Boards of Director of the Boston Edison Company, the Philadelphia Electric Company, Northeast Utilities, and Entergy Corporation. He as an advisor to Boeing Rocketdyne on the Jupiter Icy Moons Orbiter project.

He is a Ruling of Elder of Signal Mountain Presbyterian Church and is President, Cherokee Area Council, Boy Scouts of America, serving over 7,000 scouts and leaders in East Tennessee and Northwest Georgia. He serves on the board of the Chattanooga Public School Bible Study Committee. He has served on the Personnel and Playground Committees for the Town of Signal Mountain, Tennessee. He is a member of the Tennessee Bar Association Judicial Conduct Committee.