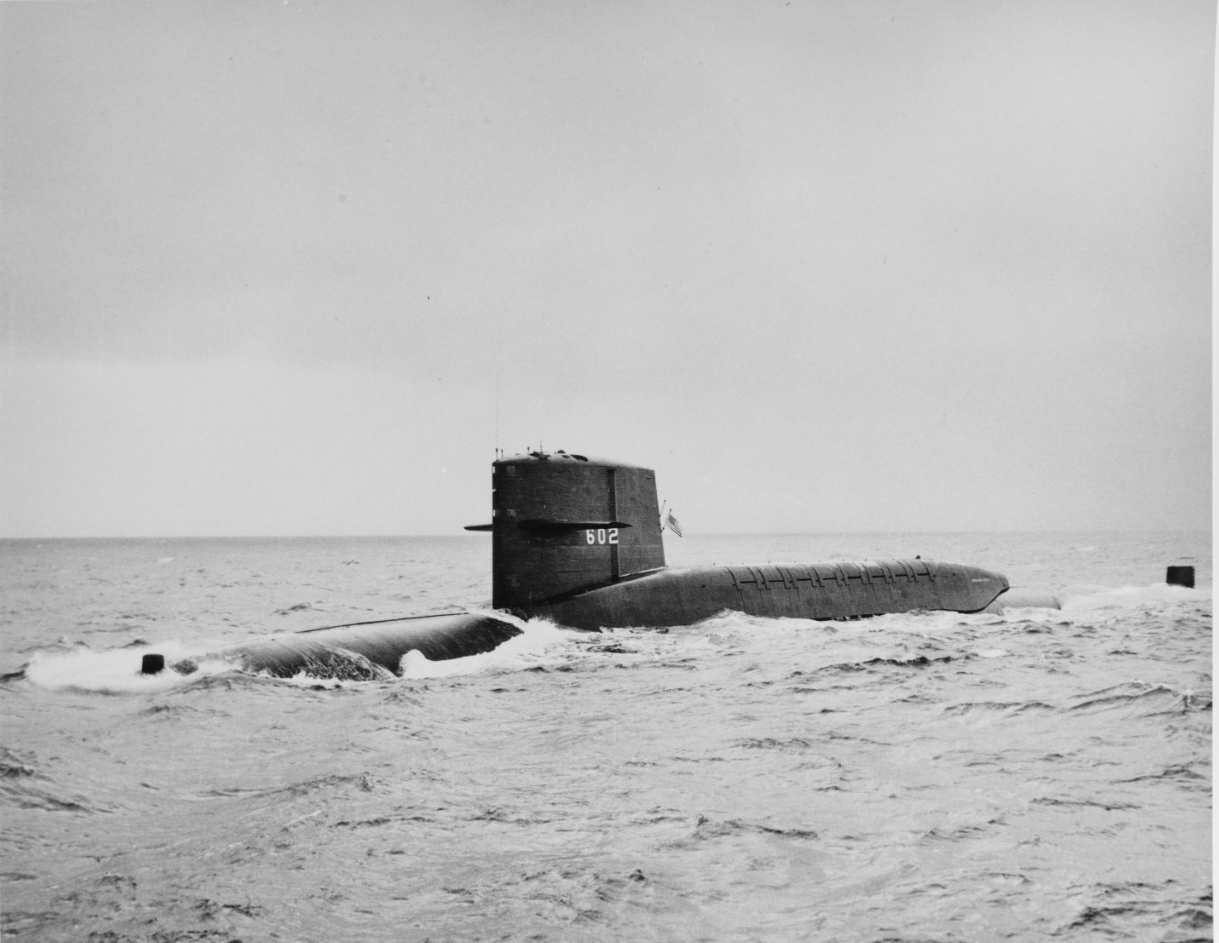 Abraham Lincoln, born on 12 February 1809 near Hodgenville, Ky., lived in Kentucky until the age of seven. At that time, his family moved to southwestern Indiana where they lived until 1830. During the sojourn in Indiana, Lincoln made a trip down the Mississippi to New Orleans, La., that probably provided his first face to face confrontation with slavery as an adult. In 1830, Lincoln moved to Illinois with his father's family but struck out on his own the following year. He hired on for another flatboat trip to New Orleans, and, upon his return, the promoter offered him a job in his store and mill in New Salem, Ill. Unfortunately, both businesses failed within the year. At the time when Lincoln's livelihood became precarious, Chief Black Hawk and his Sac Indians had the impertinence to try to take Illinois back from the white man. Lincoln joined the local militia company, and his personal popularity won him election to the office of captain. His lone opportunity for military distinction came to naught, however, for, to paraphrase his own words, all he ever chanced to fight were mosquitoes.

Returning to New Salem, Lincoln tried his hand at a succession of occupations (among them postmaster, surveyor, and store owner) before settling upon the unlikely choice of law. Unlikely because he had only about a year of formal schooling to his credit. On the other hand, as a youth he had learned to read, write, and to do arithmetic and had become an avid reader. In addition, the study of law in the early 19th century could be rather informal in general, and admission to the bar on the frontier was even more so. In any event, he obtained his license to practice law on 9 September 1836 and, the following year, moved to Springfield, Ill., where he became partner to his friend and legal and political mentor, John T. Stuart.

His interest in politics actually predated his legal career and, to a great extent, provided the impetus to it. He made an unsuccessful bid for a seat in the state legislature soon after his return from the Black Hawk War. In 1834, however, his efforts succeeded, and he was reelected in 1836, 1838, and 1840. Active in the state Whig leadership, he was the party's candidate for speaker twice and, though defeated, served effectively as the party's floor leader. It was during this period of his life that Lincoln's misgivings about the institution of slavery took on more concrete form, and, though he lacked the fanatical zeal of the Abolitionists, Lincoln became a determined antislaver. In 1846, Lincoln ran for the United States House of Representatives and defeated his Democratic opponent. Peter Cartwright, handily. In Congress, he opposed the war with Mexico but recognized the need for unity in its prosecution and so voted for the appropriations needed to carry it out successfully. Interestingly enough, his principles with regard to the Mexican War cost Lincoln reelection in 1848. The war was very popular with the frontiersmen who had sent him to Washington.

He worked long and hard for the Whig candidate. General Zachary Taylor, during the election of 1848. When Taylor took office, however, his administration balked at making Lincoln commissioner of the General Land Office, an appointment he earnestly desired. Refusing less prominent offices in the Oregon territory, he returned to Illinois and resumed his law practice. That practice included not only cases on the local circuit but also before federal courts and the Illinois Supreme Court. Indeed, a fact often overlooked is that Lincoln established much of his reputation as a lawyer arguing important cases before higher courts.

Though he remained moderately active in the Whig party, the fire in his politics waned until 1854. When the Kansas-Nebraska Act, brainchild of Stephen A. Douglas, destroyed the Missouri Comprise and the Comprise of 1850 by allowing slavery in areas of the Louisiana Purchase previously closed to the "peculiar institution," Lincoln became an ardent exponent of free soil. The heat thus generated propelled him to seek the Whig nomination for one of Illinois' seats in the United States Senate in 1855. The following year, however, Lincoln changed party allegiance and cast his lot with the aggregation of antislavery factions that came to be known as the Republican Party. Though unsuccessful in his bid for a Senate seat in 1858, Lincoln carried out a series of debates with his Democratic opponent, Douglas, that lended him a national notoriety as an opponent of slavery. His new found prominence, coupled with the curious twist that losing the Senate seat to Douglas made him available, brought Lincoln the Republican nomination for President of the United States in 1860.

A Two-way split in the Democratic Party and the formation of the short-lived Constitutional Union Party resulted in four candidates being placed before the electorate in 1860. Lincoln won with a plurality of 40 percent of the votes cast. Within two months, seven states, South Carolina, Mississippi, Florida, Alabama, Georgia, Louisiana, and Texas, left the Union out of fear that an administration stridently hostile to them was taking over Washington. Lincoln waited, then tried persuasion, but the Southern states responded by uniting into the Confederate States of America. On 12 April 1861, forces of South Carolina began a bombardment of Ft. Sumter in Charleston harbor. The fort capitulated the next day. On the 15th, Lincoln declared a state of insurrection and called for volunteers to put it down. Arkansas, North Carolina, Tennessee, and Virginia promptly seceded.

The story of the remaining four years of Lincoln's life is inextricably entwined with that of the American Civil War, a subject that has inspired literally thousands of volumes. Suffice it to say that his guiding principle throughout the conflict was the restoration of the country's unity. When persuasion failed, he resorted to force. Though generals failed him, his own vision and perseverence did not. Lincoln suffered a loss of popularity during the political campaign of 1864 but managed to win reelection. Consequently, he prosecuted the war to its conclusion in April 1865. The great tragedy, however, may be that the country needed him more in the aftermath of the Civil War than it did during the conflict itself. Inaugurated for his second term on 4 March 1865, Abraham Lincoln was shot by John Wilkes Booth on 14 April while attending a play at Ford's Theater in Washington, D.C. He died the following morning and was buried at Oak Ridge Cemetery in Springfield, Ill., on 4 May 1865. 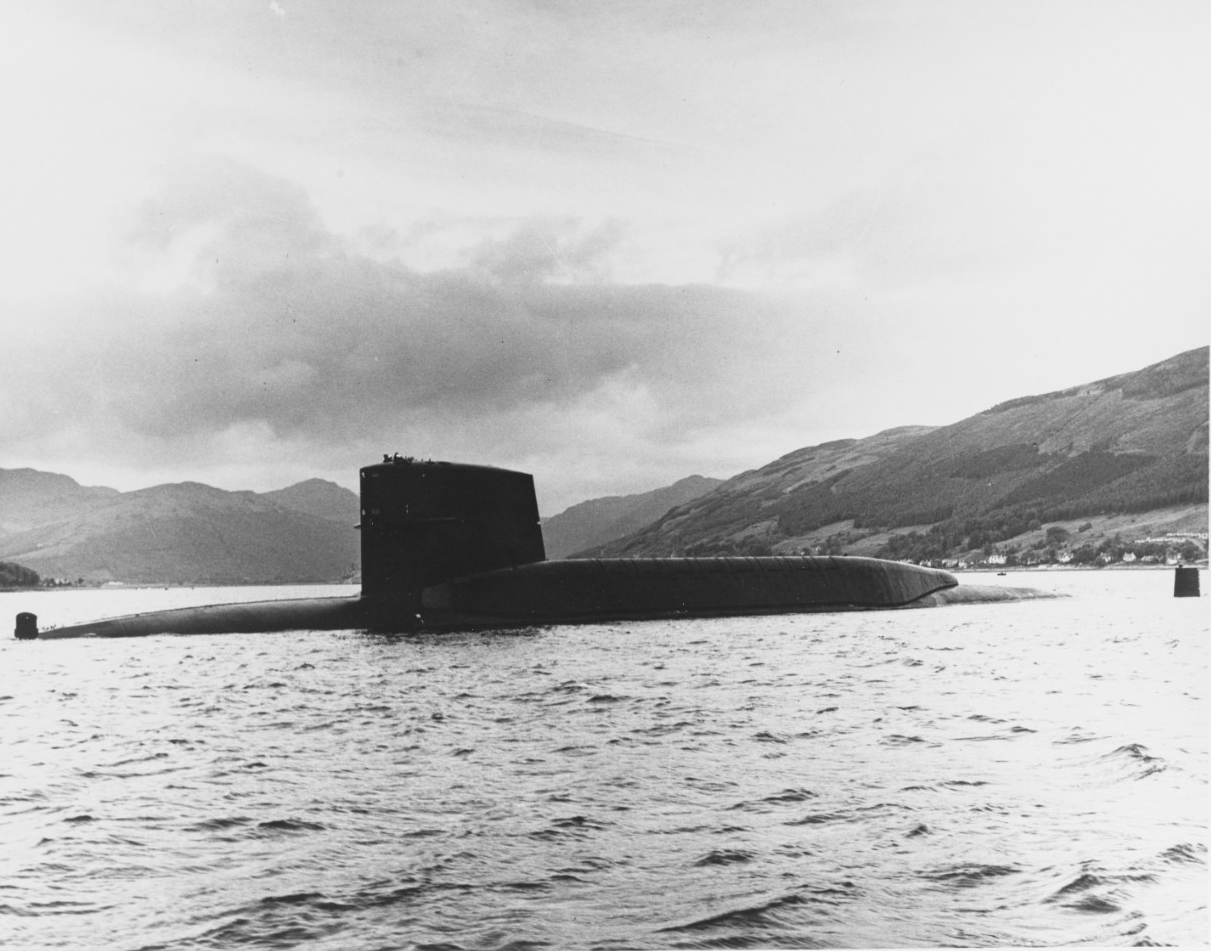 The fleet ballistic missile submarine got underway on 20 March for shakedown and weapons testing at Cape Canaveral, Fla., and returned to Portsmouth on 1 June for post-shakedown availability. She left Portsmouth on 17 July to return briefly to Cape Canaveral for further testing and then proceeded to Charleston, S.C., for a final loadout. Abraham Lincoln subsequently got underway on 28 August as a unit of Submarine Squadron 14, Submarine Force, Atlantic Fleet. She arrived at Holy Loch, Scotland, in October. The submarine underwent a refit alongside Proteins (AS-19) during November and, upon its completion, commenced her first deterrent patrol.

Abraham Lincoln operated out of Holy Loch for the next four years. She alternated periods of upkeep at Holy Loch alongside Proteus or Hunley (AS-31) with deterrent patrols from that port. A highlight of this period occurred during the Cuban crisis of October 1962. The submarine was in the middle of a scheduled four-week upkeep period when she received orders to deploy. Abraham Lincoln departed in short order and successfully carried out a 65-day patrol. On 13 October 1965, Abraham Lincoln arrived at Groton, Conn., and entered the Electric Boat Co. yard located there on 25 October to begin an overhaul and refueling.

This work was completed on 3 June 1967 and the submarine returned to her base at Holy Loch and resumed her schedule of deterrent patrols. She continued the pattern of alternating patrols with periods of upkeep alongside either Simon Lake (AS-33) or Canopus (AS-34) through 1972. In early March of that year, Abraham Lincoln sailed for the United States and arrived at the Submarine Base, New London, Conn., on 25 April. She held two dependents' cruises before getting underway on 19 May for the west coast to join the Pacific Fleet. Abraham Lincoln made a brief visit to Ft. Lauderdale, Fla., transited the Panama Canal on 1 June, sailed to Bangor, Wash., to offload her missiles, then pushed on to San Francisco, Calif. On 25 June, Abraham Lincoln entered the Mare Island Naval Shipyard, Vallejo, Calif., to commence overhaul and refueling.

The extensive overhaul was completed in December 1973. After shakedown in the areas around Puget Sound and San Diego, Calif., Abraham Lincoln transited the Panama Canal on 1 June 1974. She held tests and local operations at Cape Kennedy, Fla., and Charleston, S.C. The submarine retransited the canal on 26 July and sailed for her new home port, Pearl Harbor, Hawaii, where she arrived on 10 September. The submarine continued on to her advanced base at Guam, arriving on 18 October. The submarine then began deterrent patrols from that island in the Marianas. During the next four years, the warship carried out deterrent patrols from Guam. She also participated in numerous tests and exercises. In 1977, Abraham Lincoln became the first ballistic missile submarine to have conducted 50 strategic deterrent patrols.

Abraham Lincoln completed her last patrol in October 1979 and arrived at Bangor, Wash., on 30 October to commence offloading her missiles before beginning inactivation overhaul. Preparations for her retirement continued through 1980 and into 1981. On 28 February 1981, Abraham Lincoln was decommissioned at the Puget Sound Naval Shipyard. Her name was struck from the Navy list on 1 December 1982.