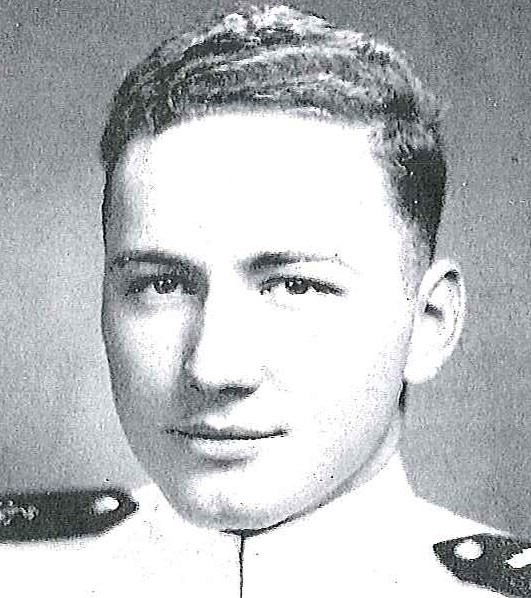 John Glennon Finneran was born in New York City, on July 23, 1924. He attended the University of Notre Dame, Indiana, prior to entering the US Naval Academy, Annapolis, Maryland, on appointment from his native state in 1943. Graduated with the Class of 1947 on June 5, 1946 (accelerated course due to World War II), he was commissioned Ensign on that date and subsequently advanced in rank of that Vice Admiral, to date from January 31, 1973.

Following graduated from the Naval Academy in 1946, he joined the USS Walke and in September 1947 reported as an Instructor at the Naval Academy Preparatory School, Bainbridge, Maryland. He remained there until October 1948, the reported as Engineer on board the USS Kleinsmith. From November 1950 to January 1952 he had similar duty in the USS Douglas H. Fox, after which he continued service afloat as Executive Officer and from October 1952 Commanding Officer of the USS Pima Country.

He was Assistant Officer in Charge of Promotion Plans in the Bureau of Naval Personnel, Navy Department, Washington, DC, from May 1954 to May 1956 and after training at the Naval Guided Missile School, Pomona, California, he reported in October 1956 as Missile Officer on board USS Boston. Detached from that missile heavy cruiser in December 1958, he next attended the Armed Forces Staff College, Norfolk, Virginia and in July 1959 joined the Staff of Commander Operational Test and Evaluation Force as Missile Systems Project Officer. He was Commanding Officer of USS Meredith during her Fleet Rehabilitation and Modernization period at the Philadelphia (Pennsylvania) Naval Shipyard and in April 1961 became Executive Officer. In September 1962 he assumed command of USS Sampson.

In May 1968 he returned to the Bureau of Naval Personnel, where he was Head of the Distribution Branch, Enlisted Personnel Division until June 1971 and then Assistant Chief for Plans and Programs. He was awarded the Legion of Merit and cited in part as follows: “… Rear Admiral Finneran promoted personnel management programs on a board scale throughout the Navy…” In August 1972 he assumed command of Cruiser Destroyer Flotilla Twelve and in January 1973 became Commander Second Fleet with additional duty as Commander Striking Fleet Atlantic and further additional duty from February as Commander Ocean Sub Area.