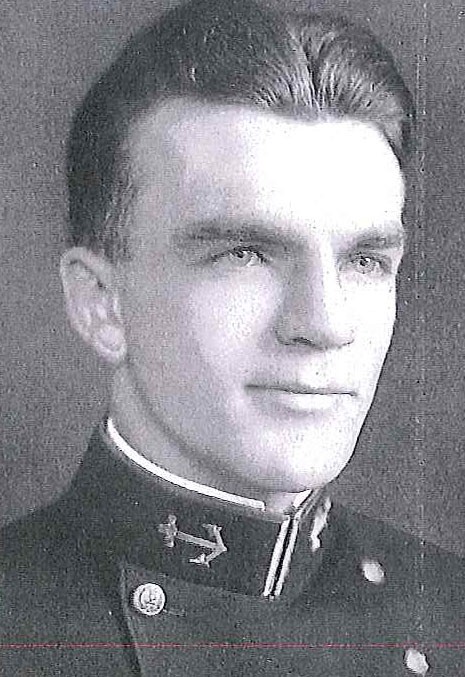 Frederick George Dierman was born at Woodcliff Lake, New Jersey, on September 7, 1914, son of Henry and Sophie (Koop) Dierman. He attended Park Ridge (New Jersey) High School and Newark (New Jersey) College of Engineering for one year, prior to entering the US Naval Academy, Annapolis, Maryland, on appointment from his native state in 1934. Graduated and commissioned Ensign on June 2, 1938, he subsequently advanced in rank to that of Captain, to date from July 1, 1956.

Following graduation from the Naval Academy in 1938, he joined USS Boise and was serving in that cruiser when the United States entered World War II, December 8, 1941. “For excellent service…as Assistant Damage Control Officer of the USS Boise during participation in the Bottle of Cape Esperance on the night of October 11-12, 1942…” he received a Letter of Commendation, with authorization to wear the Commendation Ribbon and Combat “V,” from the Commander in Chief, US Pacific Fleet. The citation further states in part: “When his ship was struck by enemy shells and set afire, his knowledge of the ship and devotion to duty contributed materially to minimizing the damage and brining flooding under control…”

Detached from the Boise in April 1943, he then transferred to duty in USS Reno and in August 1944 reported as Operations Officer on the staff of Commander Cruiser Division TEN. “For meritorious achievement (in that capacity) from August 18, 1944 to June 1, 1945…” he was awarded the Bronze Star Medal with Combat “V.” The citation continues in part: “…(He) contributed materially to the success of our forces in the capture and occupation of the Palau Islands, Morotai, the Philippine Islands, Iwo Jima and Okinawa and during the Second Battle of the Philippine Sea, and raids on Okinawa, Formosa, Indo China, Hong Kong, Tokyo and Southern Japan. In addition, he assisted in the salvaging of two torpedoed cruisers off Formosa…”

During the period April 1946 to May 1948 he was an Instructor in Mathematics and Navigation at the Naval Academy, after which he served as US Naval Liaison Officer, Batavia, Java. He remained there until December 1949 and in February 1950 was assigned to the Office of Naval Intelligence, Office of the Chief of Naval Operations, Navy Department, Washington, DC. He had instruction as a Prospective Commanding Officer attached to Destroyer Force, Atlantic, between September and November 1951, when he assumed command of USS O’Brien. He was awarded a Gold Star in lieu of the Second Bronze Star Medal with Combat “V.” The citation follows:

“For meritorious service while serving as Commanding Officer of the USS O’Brien during operations against enemy North Korean and Chinese Communist forces from July 23, 1952 to November 12, 1952. Commander Dierman consistently demonstrated an aggressive competence which demanded high order performance of his crew. During this period, he delivered “call fire” on enemy troops and fortifications in which he destroyed numerous bunkers and trenches in the bombline area. When taken under fire by enemy shore batteries in the Kojo area, he demonstrated exceptional courage and judgment in suppressing the enemy batteries and extricating his ship without damage or casualties. He destroyed one building, a bridge, two 75mm gun positions and numerous trenches in preparation for the mock amphibious landing in the Kojo area…”

In March 1954 he joined the staff of the Supreme Allied Commander, Atlantic as Assistant Plans Officer and in May 1956 reported as Chief Staff Officer in the Office of the Assistant Comptroller Director of Budget and Reports, Navy Department. In March 1959 he assumed command of USS Mispillion and in April 1960 was detached from command of that oiler for duty on the staff of the Commander in Chief, US Pacific Fleet. In June 1961 he was ordered to duty as Commanding Officer of the Naval Reserve Officers Training Corps Unit, University of Utah at Salt Lake City.