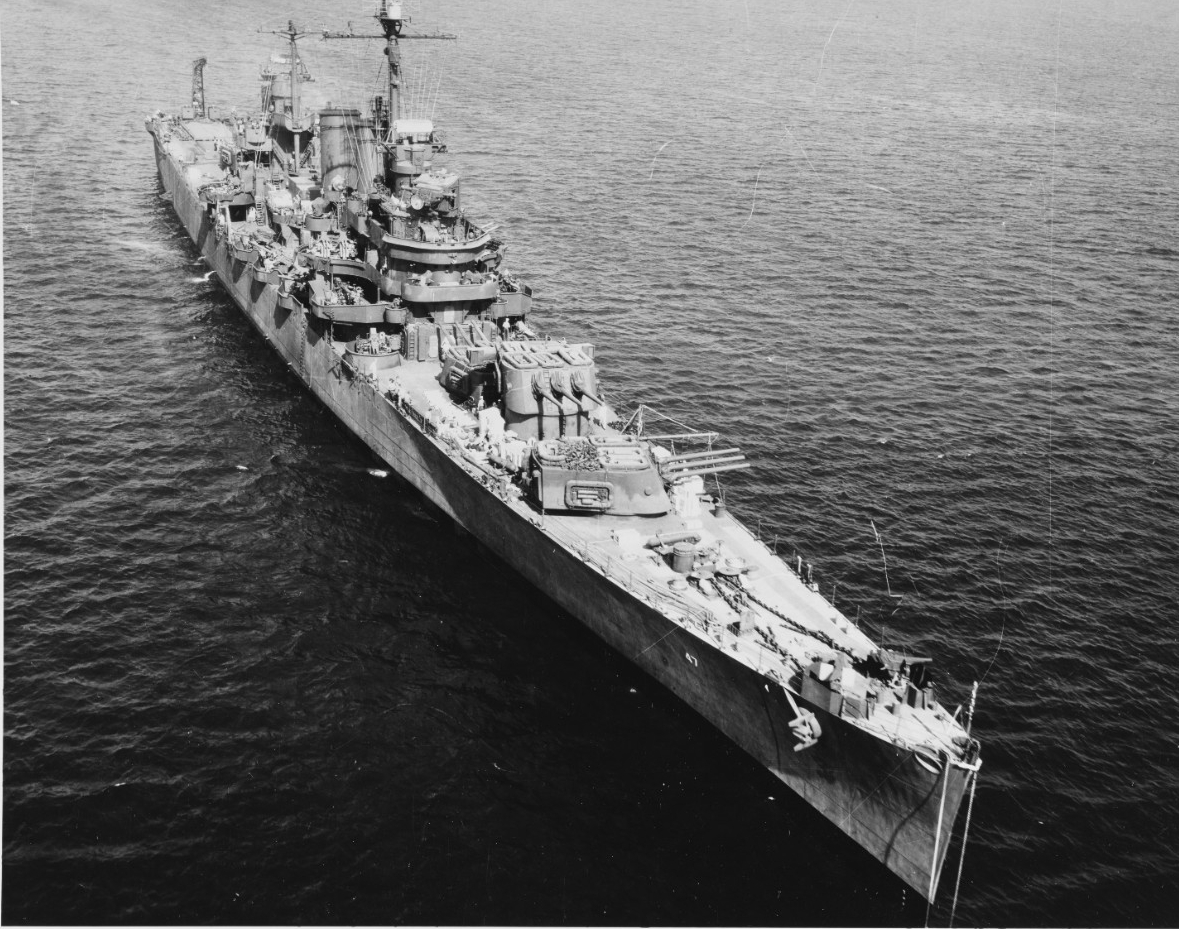 Boise is the capital of Idaho.

In February 1939, following a shakedown cruise to Monrovia, Liberia; and Cape Town, Union of South Africa, Boise joined Division 9, Cruisers, Battle Force, at San Pedro, Calif. Until November 1941 she operated alternately off the west coast and in Hawaiian waters. She then escorted a convoy to Manila, Philippine Islands, arriving 4 December 1941.

The outbreak of war in the Philippines , 8 December 1941, found Boise off Cebu. She joined TF 5 in the East Indies, but on 21 January 1942 struck an uncharted shoal in Sape Strait and had to retire to Colombo, Ceylon; Bombay, India; and Mare Island Navy Yard for repairs. Her repairs completed, she sailed 22 June 1942 to escort a convoy to Auckland, New Zealand. She then returned to Pearl Harbor and during 31 July-10 August 1942 conducted a raiding cruise in Japanese waters as a feint to draw attention away from the Guadalcanal landings. In August, she escorted a convoy to the Fiji and New Hebrides islands. During 14-18 September she helped cover the landing of Marine reinforcements on Guadalcanal. In the succeeding hard fighting she was hit by Japanese shells in the American victory of Cape Esperance after taking six planes under fire. She made her way to Philadelphia Navy Yard where she underwent repairs (19 November 1942-20 March 1943). 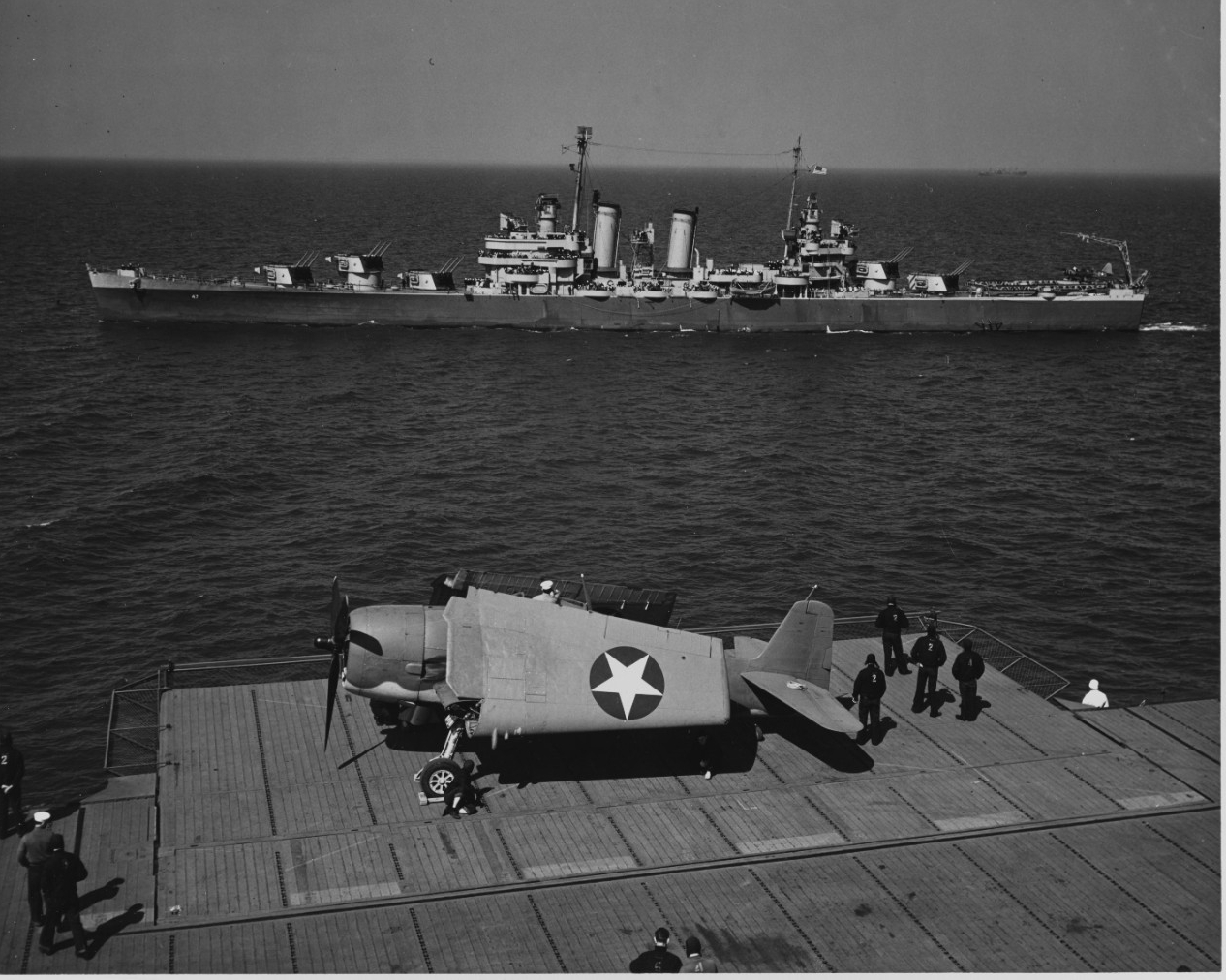 Boise (CL-47) seen from the island of Yorktown (CV-10) on 6 May 1943. A Grumman F6F-3 Hellcat fighter is parked on the carrier's deck-edge elevator, in the foreground. Note Boise's fresh Measure 22 camouflage, and her fifteen 6/47 guns trained on her port quarter at high elevation. Official U.S. Navy photograph from the collections of the Naval History and Heritage Command, NH 97780.

Boise departed 8 June 1943 for the Mediterranean, arriving at Algiers, Algeria , 21 June. Between 10 July and 18 August 1943 she acted as a cover and fire support ship during the landing on Sicily. In September she took part in the Italian mainland landings at Taranto (9-10 September) and Salerno (12-19 September). She returned to New York 15 November 1943 and once again steamed to the South Pacific, arriving at Milne Bay, New Guinea, 31 December.

The cruiser remained in San Pedro area undergoing overhaul and training until October. She sailed 3 October for the east coast, arriving at New York 20 October. Boise remained there until decommissioned 1 July 1946. She was sold to Argentina 11 January 1951.