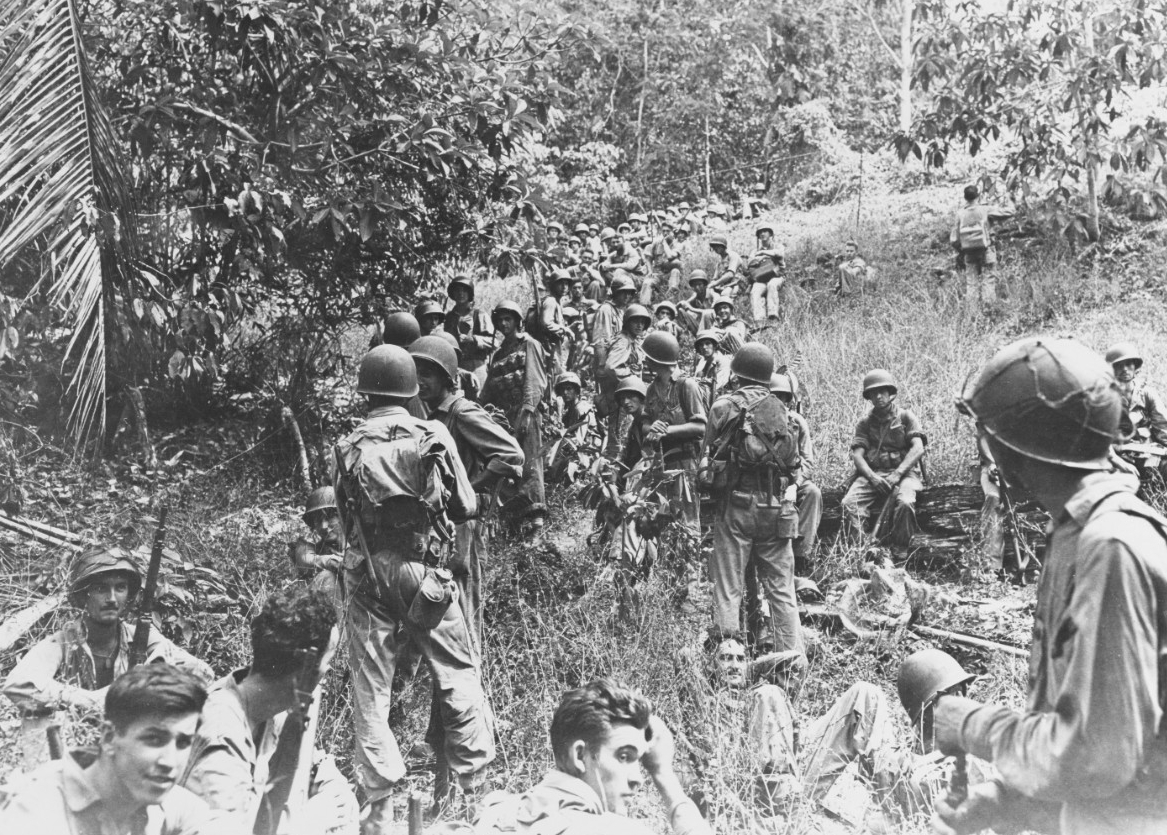 Marines rest in the field on Guadalcanal, August 1942. Most of these Marines are armed with M1903 bolt-action rifles and carry long M1905 bayonets and USMC M1941 packs. Two men high on the hill at right wear mortar vests and one in center has a World War I–type grenade vest. The Marine seated at far right carries a Browning Automatic Rifle (80-G-20683).

In order to safeguard their strategic operating base at Rabaul, New Britain, the Japanese captured Tulagi on 3 May 1942 and occupied nearby Guadalcanal on 8 June in order to construct a support base and airfield. These footholds in the British-administered Solomon Islands also supported Japan's southward thrust into New Guinea and toward Australia. Following the victory at Midway, CNO and Commander-in-Chief U.S. Fleet Admiral Ernest J. King was able to assert the Navy's command primacy in the Pacific and overcame resistance by the U.S. Army to immediate offensive operations against Japan, which was still assessing the full scope of its recent defeat. Thus, Operation Watchtower, conceived and planned in under a month, only encompassed the sea services. Eight months after the Pearl Harbor attack, the 1st Marine Division, supported by naval air and gunnery support, landed at Beach Red on Guadalcanal and on Tulagi and its adjacent islets. 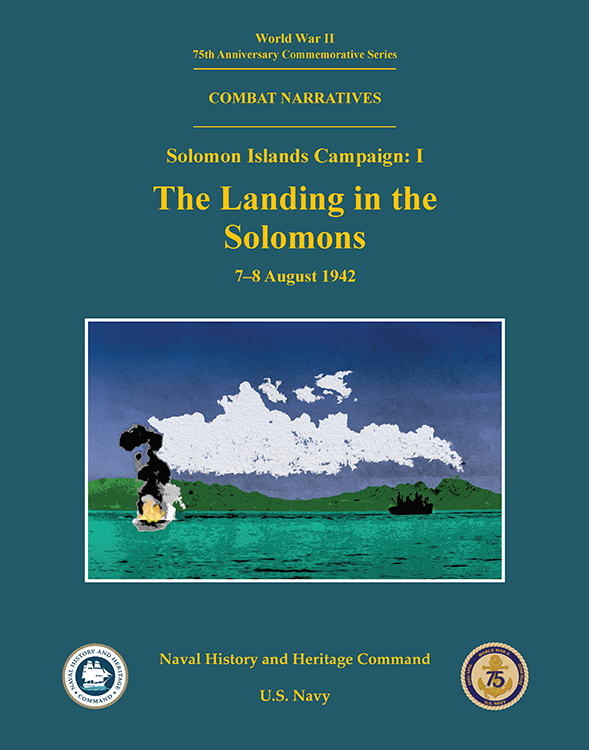 Read the combat narrative (PDF, 2.2 MB), republished in 2017 by NHHC with a new introduction in observance of the 75th anniversary of the battle. The formerly classified combat narrative was originally published by the Office of Naval Intelligence (ONI) in January 1943; an HTML reproduction of the text is available in the Online Reading Room.