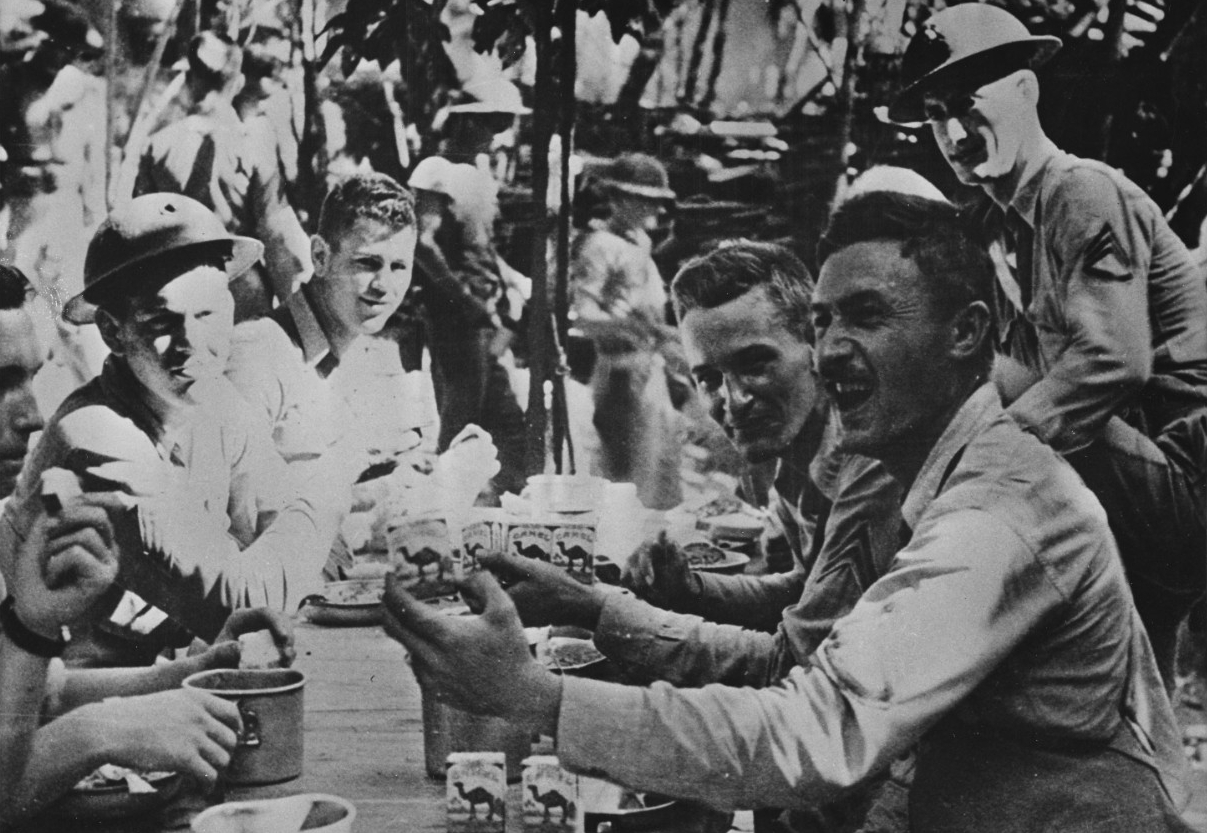 USMC-58749. U.S. Marines on Corregidor celebrate the arrival of a fresh supply of Camel cigarettes, early 1942. These men belong to the 4th Marine Regiment, which was augmented by Marines from Marine Barracks Olongapo and the formerly Cavite-based 1st Special Defense Battalion. Following the loss or scuttling of their vessels, many Asiatic Fleet Sailors fought in the regiment’s ranks as its 4th Provisional Battalion, defending the beaches of Corregidor against repeated Japanese amphibious landing attempts. Since the Asiatic Fleet had dispersed large amounts of supplies to Bataan from Cavite in a timely fashion, these men received slightly better rations than their U.S. Army counterparts.

At the time of the 10 December air attack on Cavite Naval Yard, the majority of the Asiatic Fleet’s striking force (cruisers and destroyers) was at sea, deployed as a blocking force to the southern islands of the archipelago and off Borneo. Although several U.S. submarines were damaged during the bombing, the majority of Submarine Squadron Five (SubRon-5) was able to deploy in the following days to launch attacks against the Japanese invasion fleets. Most of these were unsuccessful due, in part, to faulty torpedoes.

Subsequently dispersed to the south due to their vulnerability to the Japanese air threat, the submarines remained active around the Philippines for the next several months. Some key U.S. and Filipino personnel—such as the president and vice president of the Philippines—and Army and Navy nurses were evacuated by submarine. By mid-December, a quarter of the Asiatic Fleet’s amphibious patrol aircraft (Patrol Wing 10) were lost either on the ground or to Japanese fighter planes. The remainder was also dispatched to the southern Philippines; some of these aircraft performed evacuation flights from the Philippines to Australia.

Between 8 and 25 December 1941, the Japanese successfully carried out nine amphibious landings throughout the Philippine Archipelago. When Manila was evacuated on 25 December, the Asiatic Fleet’s immediately available surface assets were the remnants of its inshore patrol, PT boats of Motor Torpedo Boat Squadron Three (MTBRON-3), and vessels from its service train: 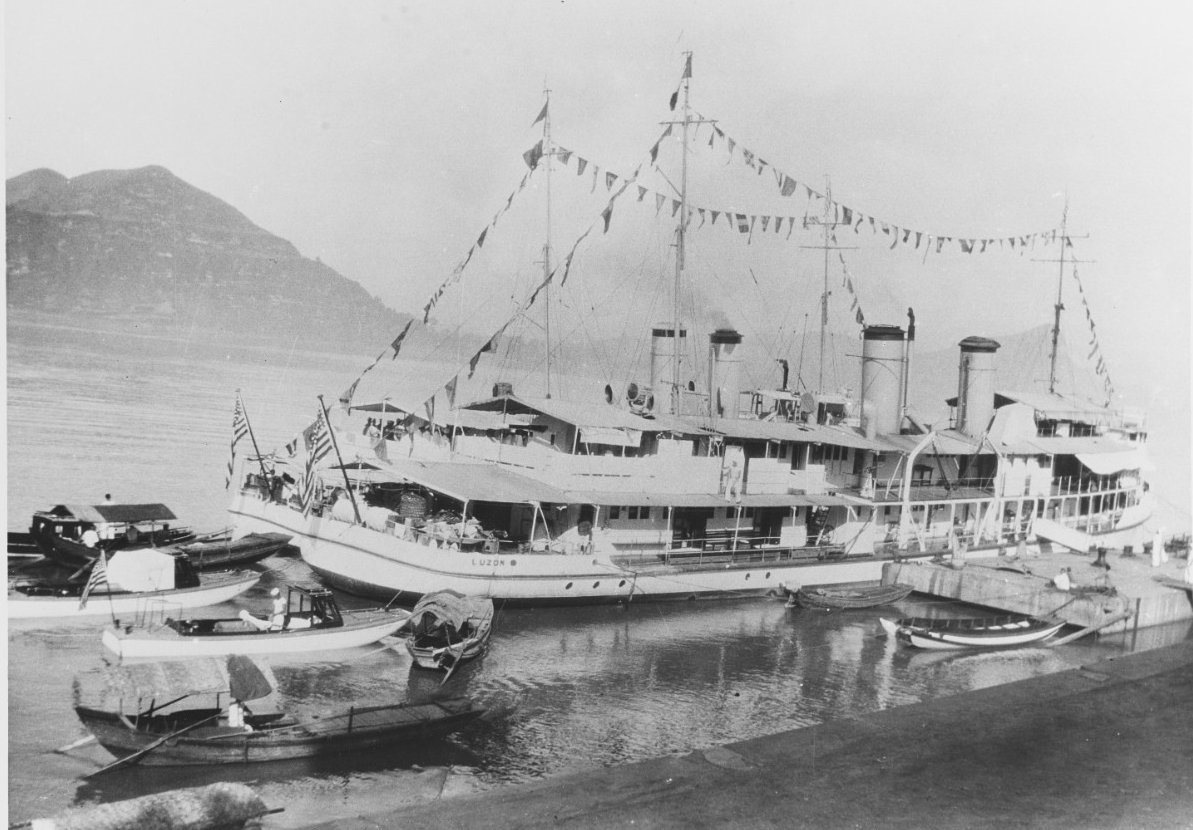 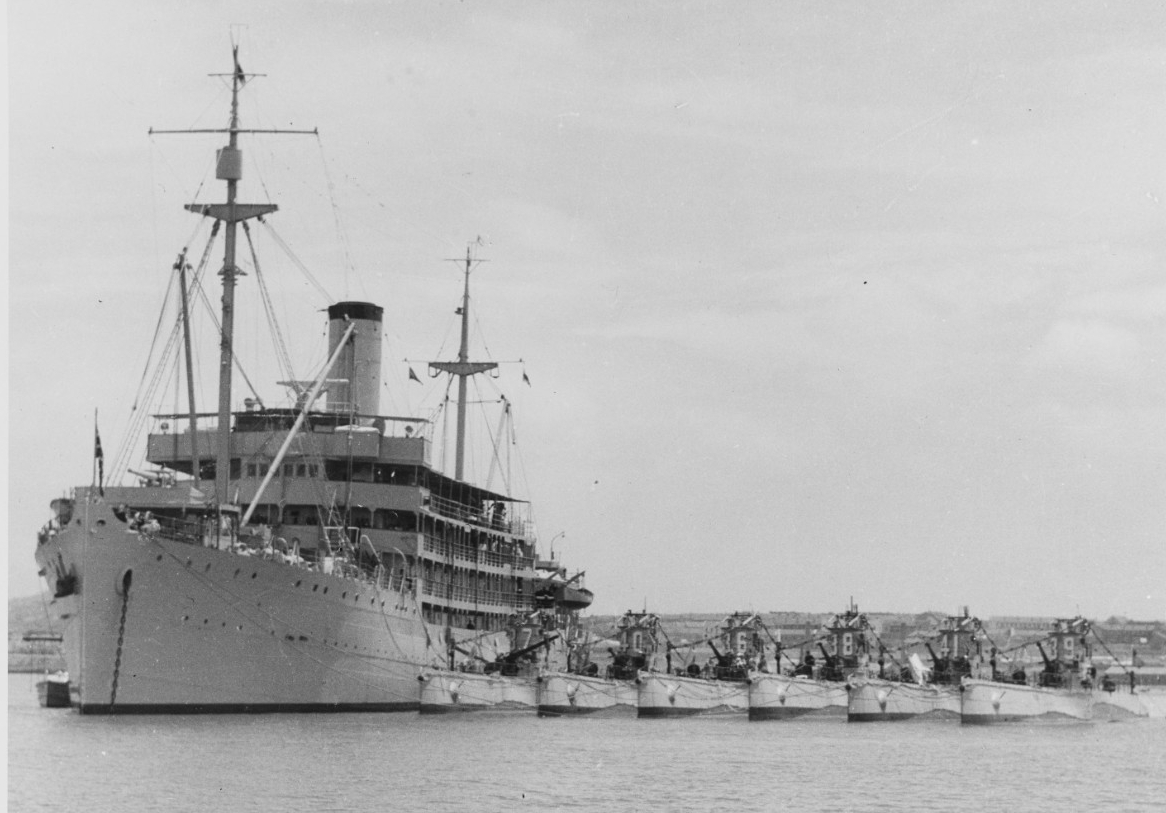 80-G-1014615. Submarine tender Canopus (AS-9) with submarines of Submarine Squadron Five at Cavite. 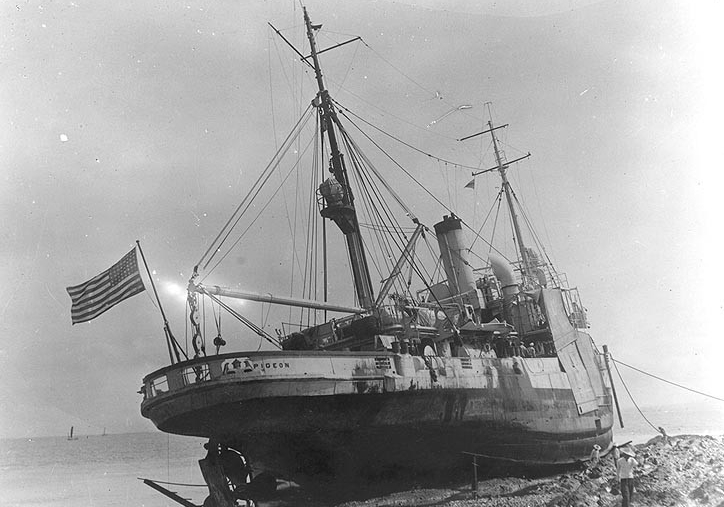 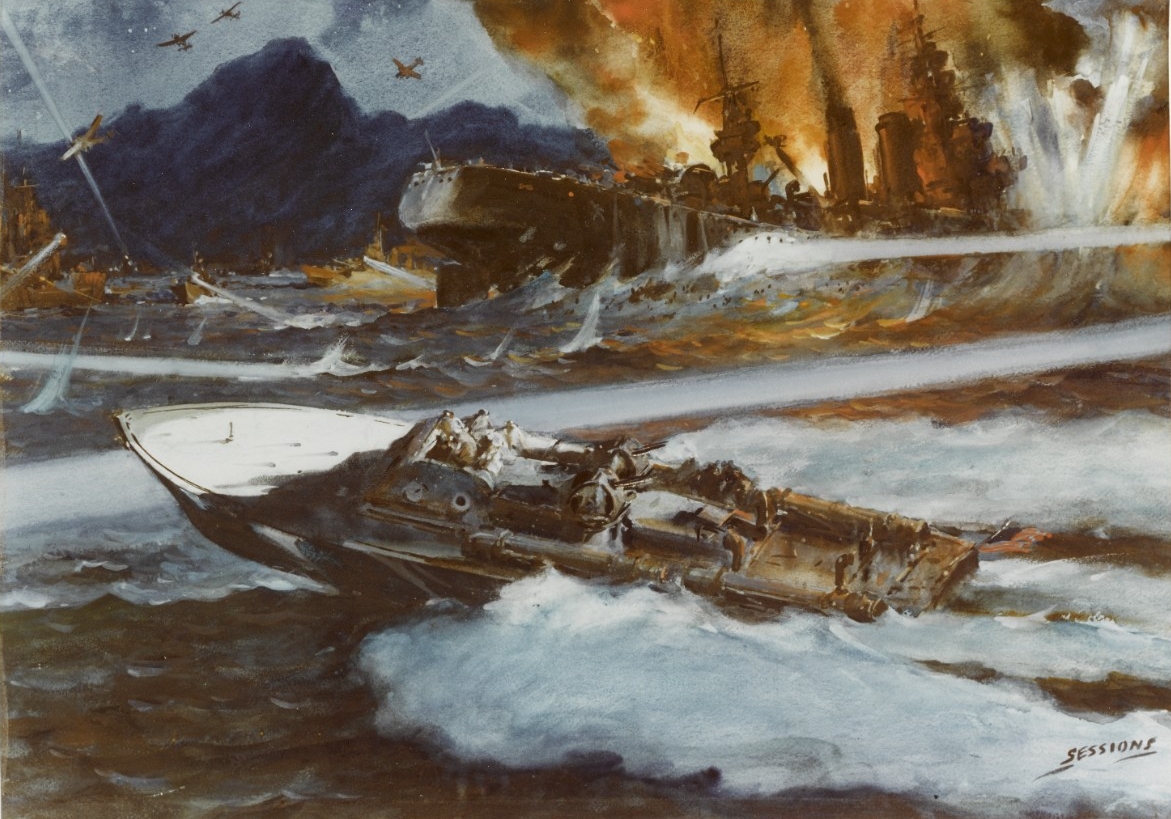 NH 94703-KN. Artwork by James Sessions, depicting PT-34 torpedoing a Japanese ship in Binanga Bay, Bataan, Philippines, 19 January 1942. The ship is depicted as a cruiser, but was actually a freighter. Though reportedly hit and sunk, this is not confirmed in Japanese records.

For the most part, the tenders, minesweepers and service craft were employed around the Bataan peninsula and in Manila Bay. The PT boats ranged farther afield, some attacking Japanese vessels in the Sulu Sea and waters surrounding Mindanao. All supported important communications and logistics links between U.S. and Filipino ground forces cut off on Bataan and units still fighting elsewhere in the Philippines.

Canopus provided key repair resources to troops on Bataan and naval units still in Manila Bay. To confuse Japanese aerial observers, the submarine tender was put on an artificial list and had smudge pots burning on her decks to simulate a smoldering wreck. Guns from scuttled or irreparably damaged ships were moved ashore. Beached Sailors were mostly integrated into the 4th Marine Regiment, which manned the coastal defense positions on the island fortress of Corregidor, and acquitted themselves well.

By the time Corregidor surrendered to the Japanese on 6 May, all U.S. vessels had been scuttled or destroyed (Canopus, Luzon, Oahu, Quail, Genesee, Napa, PT-31, PT-32, PT-33, PT-35, PT-41) or lost to enemy action (Mindanao, Pigeon, Tanager, Finch, Bittern, PT-34). Most Navy personnel became Japanese prisoners of war. However, some were able to escape and join guerrilla groups. The commanding officer of Quail and some of his crew reached Australia on 6 June 1942 after enduring a month at sea in their ship’s motor launch.

Of particular note are the stories of two Navy nurses who served in the Philippines during this period: 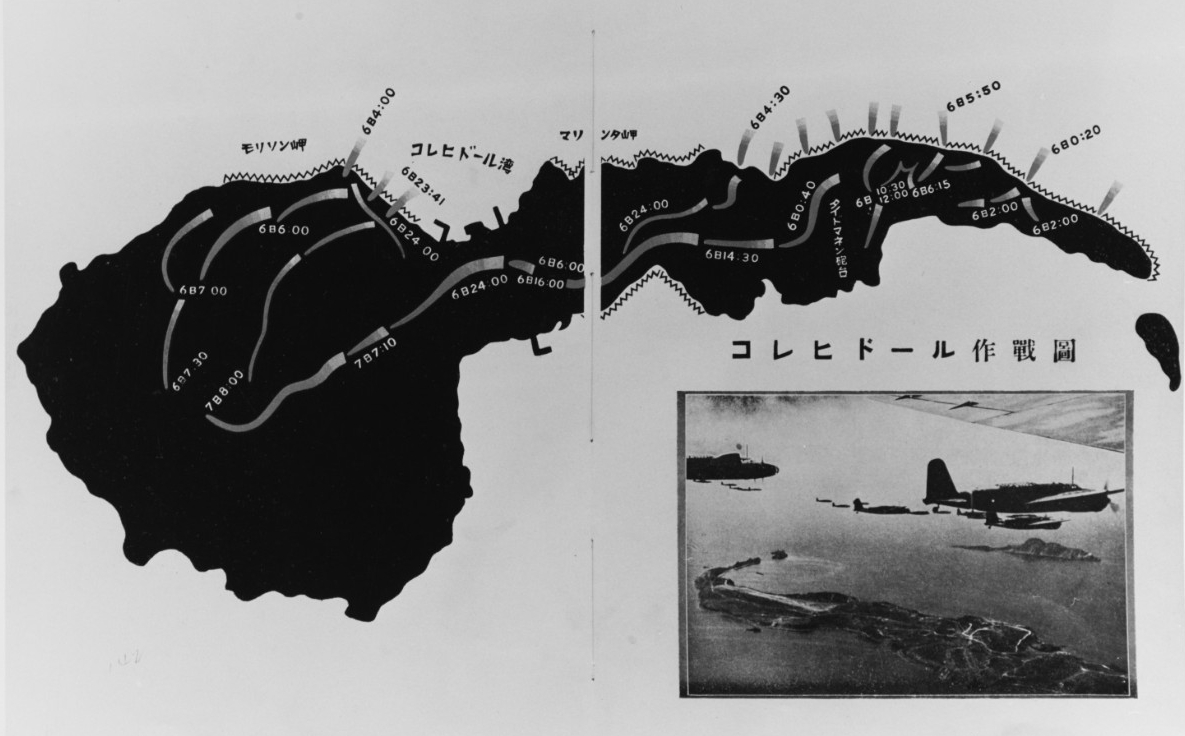 NH 73574. Japanese map of Corregidor, indicating their landings and operations there, on 6–7 May 1942. Numbers indicate day and hour. Inset shows army bombers over the island before its surrender. Copied from the Japanese book Philippine Expeditionary Force, published in 1943. 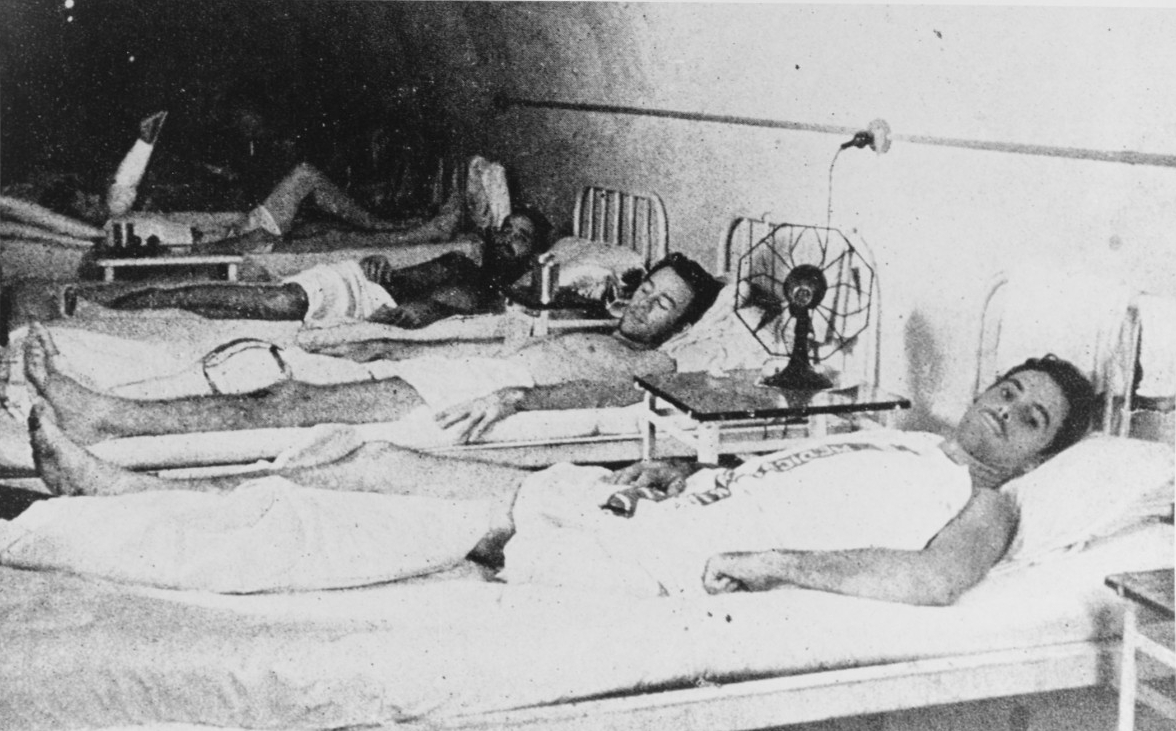 NH 73585. Injured American prisoners of war, photographed in one of Corregidor's hospital tunnels, after the island's capture by the Japanese, May 1942. Copied from the Japanese book Philippine Expeditionary Force, published in 1943.

Lieutenant John Duncan Bulkeley and the Evacuation of General MacArthur

On 12 March 1942, upon direct orders of the President, General Douglas MacArthur, his family, and members of his staff were evacuated from Corregidor to the northern coast of Mindanao onboard PT-41, commanded by Lieutenant John D. Bulkeley. MacArthur and his party were subsequently flown to Australia. Already a celebrated PT-boat skipper, Bulkeley was subsequently awarded the Medal of Honor and numerous other decorations for his actions in the Philippines. Read more in the Navy Department Library's modern biographical file on Bulkeley. 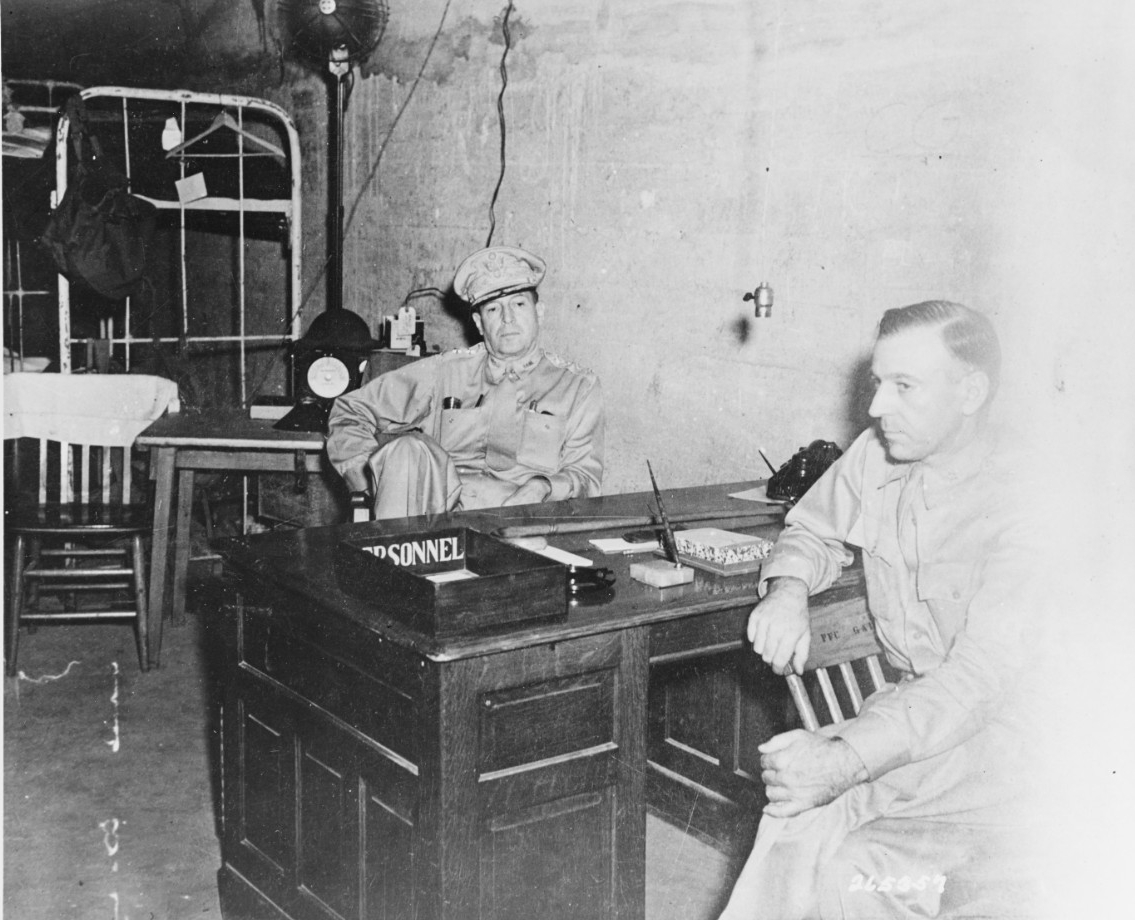 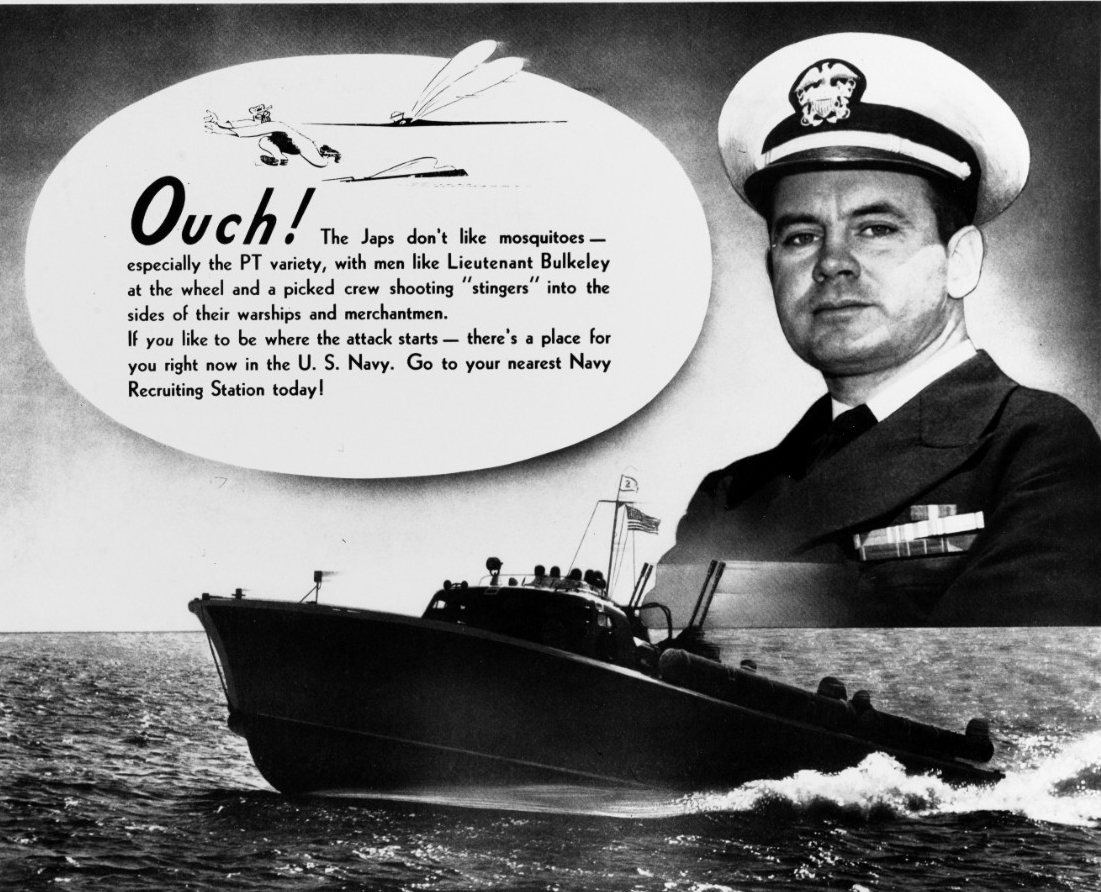