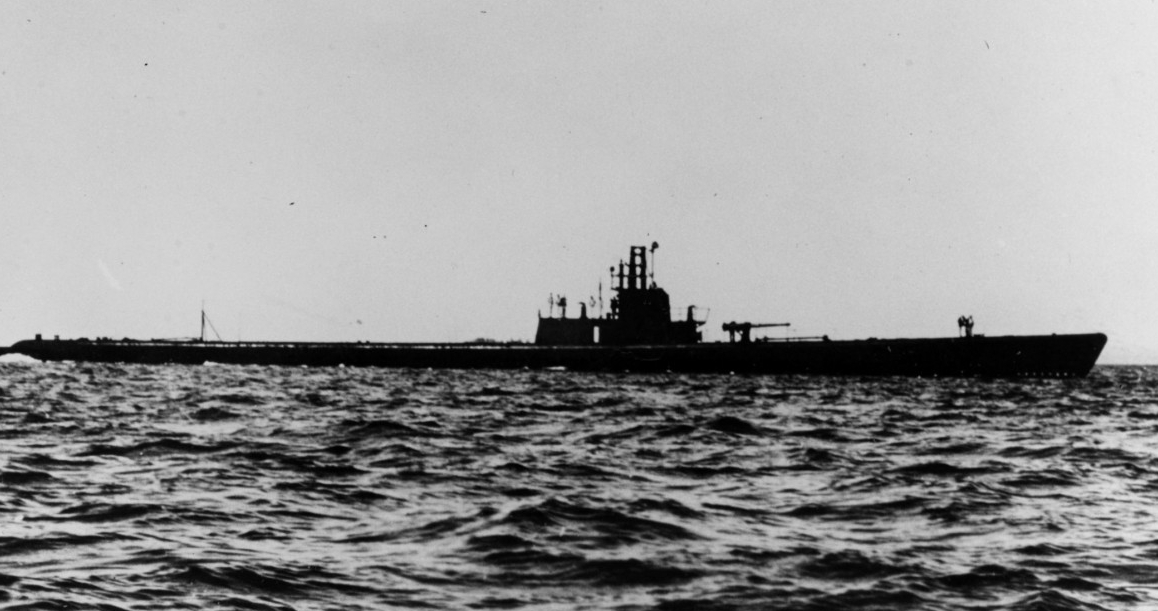 USS Drum (SS-228) was on her fourth war patrol, on a mission to lay mines off the Japanese Home Island of Honshu, when on 12 December 1942 she encountered an escorted Japanese aircraft carrier heading southbound for Truk. Acting quickly, Drum’s skipper, Lieutenant Commander Bernard F. McMahon, fired torpedoes from four of her bow tubes at the target—the converted light aircraft carrier Ryuho. Unfortunately, the submarine’s other two forward tubes were filled with mines. One of the torpedoes struck the carrier, but before McMahon could maneuver to bring the stern tubes to bear, Drum was driven deep underwater by the escorting Japanese destroyers. When she returned to the surface, she was driven down again by patrolling Japanese aircraft and was not able to reengage her target. Although Ryuho wasn’t sunk in the aggressive attack, she was forced to limp home for a lengthy stay for repairs in a Japanese navy yard.

For the boldness of his actions in this and three subsequent war patrols as Drum’s skipper, Barney McMahon, a 1931 graduate of the U.S. Naval Academy from Ohio, was awarded a total of two Silver Stars, a Navy Cross, and a Letter of Commendation. He retired as a captain in 1959 and was advanced to Rear Admiral on the Retired List on the basis of his combat awards. His old command, USS Drum, which survived the war battered but intact after carrying out 13 war patrols, was donated by the Navy to Battleship Park in Mobile, Alabama, as an historic vessel in 1969.