PhM1/c Wheeler B. Lipes and a Submerged Appendectomy 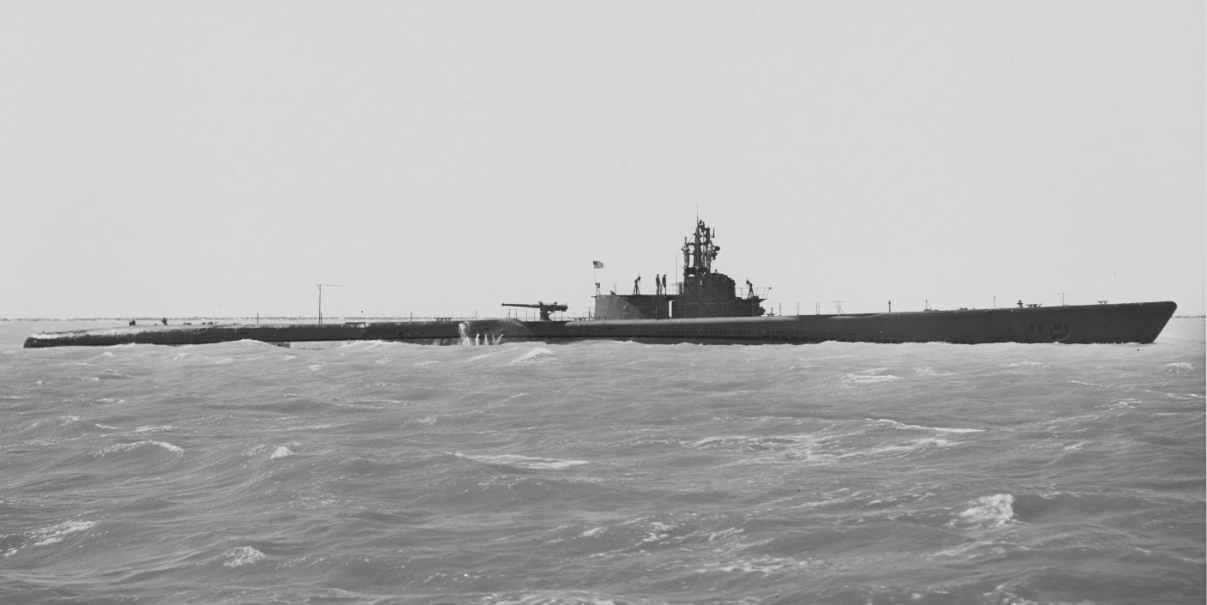 On 11 September 1942, Pharmacist’s Mate First Class (PhM1/c) Wheeler B. Lipes agonized over the most difficult decision of his life. He had just diagnosed his shipmate, Seaman First Class Darrel D. Rector, with acute appendicitis. With their submarine Seadragon (SS-194) cruising in enemy waters, there was no way to get Rector to port in time. World War II submarines always carried a well trained corpsman, but their small, 55-man complement did not rate a doctor. Lipes could attempt an appendectomy, but the operation might kill his shipmate.

After joining the Navy in 1936, Lipes had received his medical training in the Navy hospital course in San Diego and had served at the Naval Hospital in Philadelphia and at the Naval Hospital in Canacao near Manila before entering the submarine service in 1941. Classified as an electro-cardiographer, he had assisted Navy doctors during many operations, including several appendectomies.

On 8 September 1942, Seadragon was several days and thousands of miles out from Fremantle, Australia, on her fourth war patrol, cruising off the Indonesian coast, when Rector first came to Lipes complaining of nausea and abdominal pain. Lipes told him to get to his bunk and rest. At first, the corpsman thought something might be wrong with Rector’s gall bladder, but Rector soon began to display the classic symptoms of appendicitis: fever, rigid abdominal muscles, abdominal tenderness, and acute, localized pain. Lipes kept Rector in his bunk, packed his abdomen with ice, and restricted him to a liquid diet.

Nevertheless, Rector’s condition worsened. On the morning of 11 September, Lipes reported the situation to the commanding officer, Lieutenant Commander William E. Ferrall. Lipes said that unless Rector received an emergency appendectomy almost immediately, the 19-year-old seaman would die. The skipper asked the pharmacist’s mate what he intended to do. “Nothing,” said Lipes. Ferrall lectured him that everyone had to do the best they could and asked the 23-year-old pharmacist’s mate whether he thought he could do the surgery. “Yes sir, I can do it,” said Lipes, but “everything is against us. Our chances are slim.” The skipper explained the situation to Rector. Would the seaman allow the pharmacist’s mate to operate? “Whatever the doc feels has to be done is okay with me,” said Rector. Ferrall ordered Lipes to perform the surgery.

The skipper took the boat into relatively safe water and submerged to 120 feet to provide a stable platform. Every member of the crew, from the box-plane man to the galley cook, participated in the operation. Lipes boned up on the appendix from a medical book. The ship’s medical kit provided a few basics, including sulfa tablets, twelve hemostats, a packet of scalpel blades, catgut for sutures, and a limited quantity of ether. The rest of the instruments had to be improvised. A hemostat became a scalpel handle. Five tablespoons with the handles bent back served as retractors. Commercially sterilized “Handi-pads” substituted for gauze sponges. A tea strainer covered with gauze served as a mask for administering the ether. Boiling water and torpedo alcohol provided sterilization. The operation would be performed on the wardroom table, barely long enough for the patient to stretch out on without his head or feet hanging over.

Lipes didn’t know how long the operation would last and whether there was enough ether. He had no way to do a blood count or urinalysis or to monitor the patient’s blood pressure, nor was there any intravenous fluid.

Nevertheless, with everyone at his assigned station, the operation began. Lipes began administering the anesthesia at 1046. Thereafter, Lieutenant Franz Hoskins, the communications officer, served as anesthetist. With the skipper making and recording detailed observations at four to seven minute intervals, Lipes made the incision at 1107. At first he had difficulty finding Rector’s appendix. But then he slipped his fingers down behind the caecum, and there it was. The distal tip was black and gangrenous.

Lipes detached the appendix, tied it off, removed it, and preserved it in a jar of torpedo alcohol. He cauterized the stump with carbolic acid. He took sulfa, ground from tablets into powder and baked in the ship’s oven to kill off spores, and sprinkled it into the peritoneal cavity. Lipes finished suturing at 1322. Rector regained consciousness less than half an hour later.

The seaman’s three-inch incision healed nicely and he was back on duty in a few days. Seadragon returned to port six weeks after the operation. The medical officer of the submarine squadron pronounced Rector fit for duty. After examining the appendix, the medical officer concluded that Lipes and his shipmates had indeed saved Rector’s life. When the story broke in the press, Lipes became a national hero.

At bottom, it was training and leadership that saved the seaman’s life. The training Lipes had received had given him the know-how and confidence to perform at a level well above the normal expectations of his rating. The skipper’s decision to order Lipes to perform the surgery reflected his own confidence in the pharmacist’s mate’s training. And it was Lieutenant Commander Ferrall’s leadership that inspired Lipes to go above and beyond the call of duty and enabled him to organize the crew for an operation totally outside the realm of their experience.