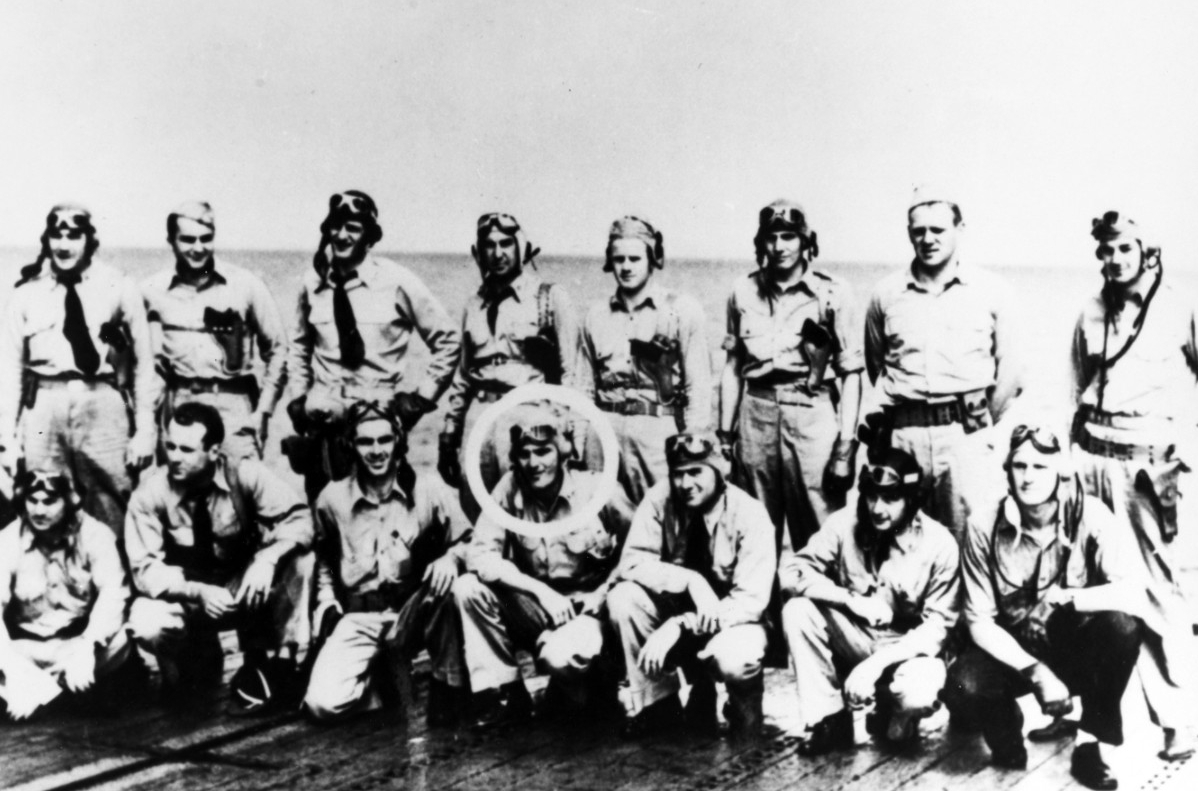 Waldron was born on 24 August 1900 and grew up in Fort Pierre, South Dakota. He entered the Naval Academy in Annapolis, Maryland, in 1920. His fellow midshipmen described him as a “sea-going cow puncher,” a reference to Waldron’s upbringing in a part of the country that was associated in the popular imagination with cowboys and wide-open spaces. The moniker applied, too, in the sense that Waldron liked fighting sports such as boxing and wrestling.

Waldron completed his studies and was commissioned as an ensign on 5 June 1924. After service at sea on USS Seattle (CA-11), he commenced Navy flight training in Pensacola, Florida. A fully-fledged naval aviator by 1927, Waldron gained command and flight experience over the course of the next decade. He attained the rank of lieutenant commander in 1939 and took charge of Torpedo Squadron 8 aboard USS Hornet (CV-8) shortly before the attack on Pearl Harbor.

At the Battle of Midway on 4 June 1942, Waldron noticed that the flight course assigned to his squadron would take it in the wrong direction. Determined to correct the mistake and contribute to the battle, Waldron disobeyed orders by leading his pilots to break formation. The gamble, which could have resulted in a court-martial, paid off. With the help of torpedo squadrons from USS Enterprise (CV-6), Waldron’s squadron hobbled Japanese capabilities and brought victory within reach.

The transcript of Waldron’s final radio transmission reads, “My two wingmen are going in the water.” Subsequent reports indicate that their planes and Waldron’s had been hit by several antiaircraft shells and gone down in flames. Waldron did not survive.