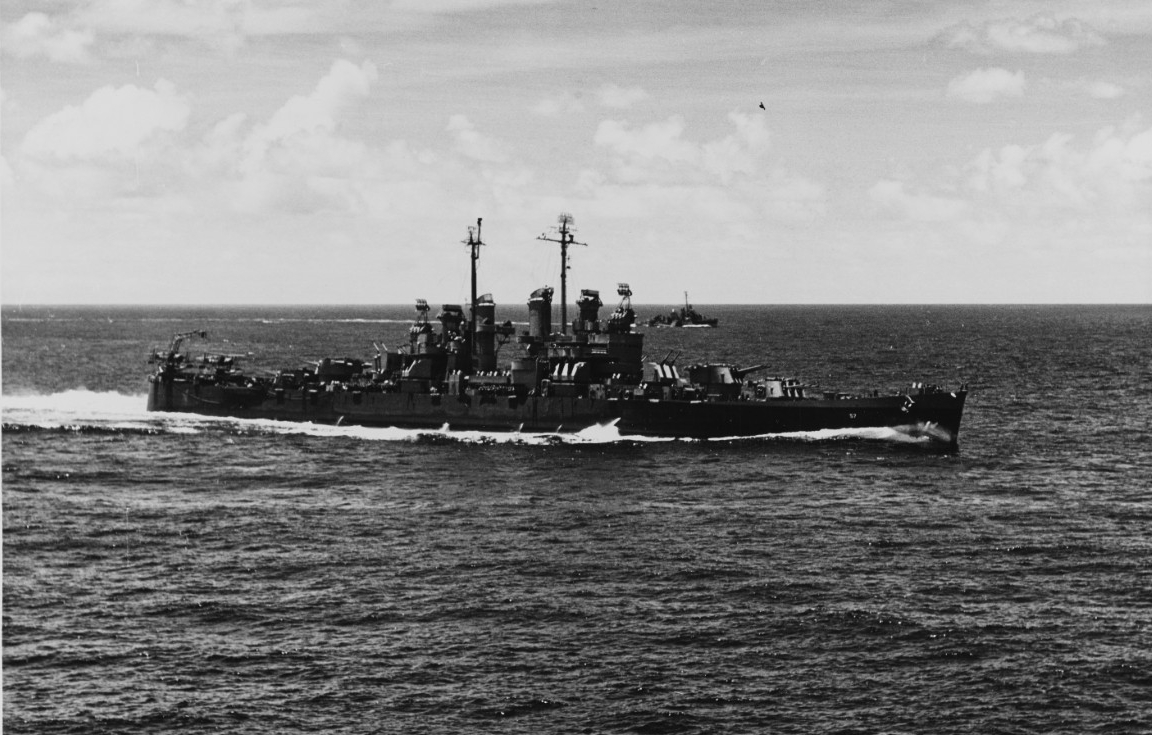 The summer of 1944 found Seaman First Class James Fahy at sea in the Pacific onboard Montpelier (CL-57). The light cruiser began shelling Saipan on 14 June to support the Marianas invasion, participated in the Battle of the Philippine Sea from 19 to 21 June, and then returned to the Marianas to continue shelling Saipan, Tinian, and Guam.

Before enlisting in the Navy at the age of 24, Fahy was the happy driver of a garbage truck in Waltham, Massachusetts. A remarkably unflappable, optimistic, and devout Roman Catholic, Fahy believed that the Good Lord would protect him and his shipmates through thick and thin. Although he would spend nearly three years at sea, witness appalling casualties inflicted upon nearby warships and Marines ashore, and suffer the deprivations that war visits upon all who serve, his spirit remained generally upbeat.

Nevertheless, these extraordinary demands got to him from time to time. On 3 July 1944, he recorded one such occasion in a secret diary he kept throughout the war. “Last night I got about a half hour sleep,” he wrote. “I could not find a place topside to keep dry. I took a shower at 10 P.M. and it stopped raining about 11 P.M. I went on watch from midnight to 4 A.M. I hit the sack after 4 A.M. and all hands went to General Quarters at 4:45 A.M. There is one thing you do not have to worry about getting out here, and that is a good night’s sleep. There is no such thing as that. Most of our time is spent at battle stations. In all the time that I have been out here I only slept below in my bunk a few times, because it is too hot. You sleep on the steel deck with your clothes on and use your shoes as a pillow. . . . It will be quite a treat for us when we return home and go to sleep in a bed with nothing to spoil our sleep. It is just the little things in life that you look forward to. . . .”