Tarawa: Breaking into the Gilberts 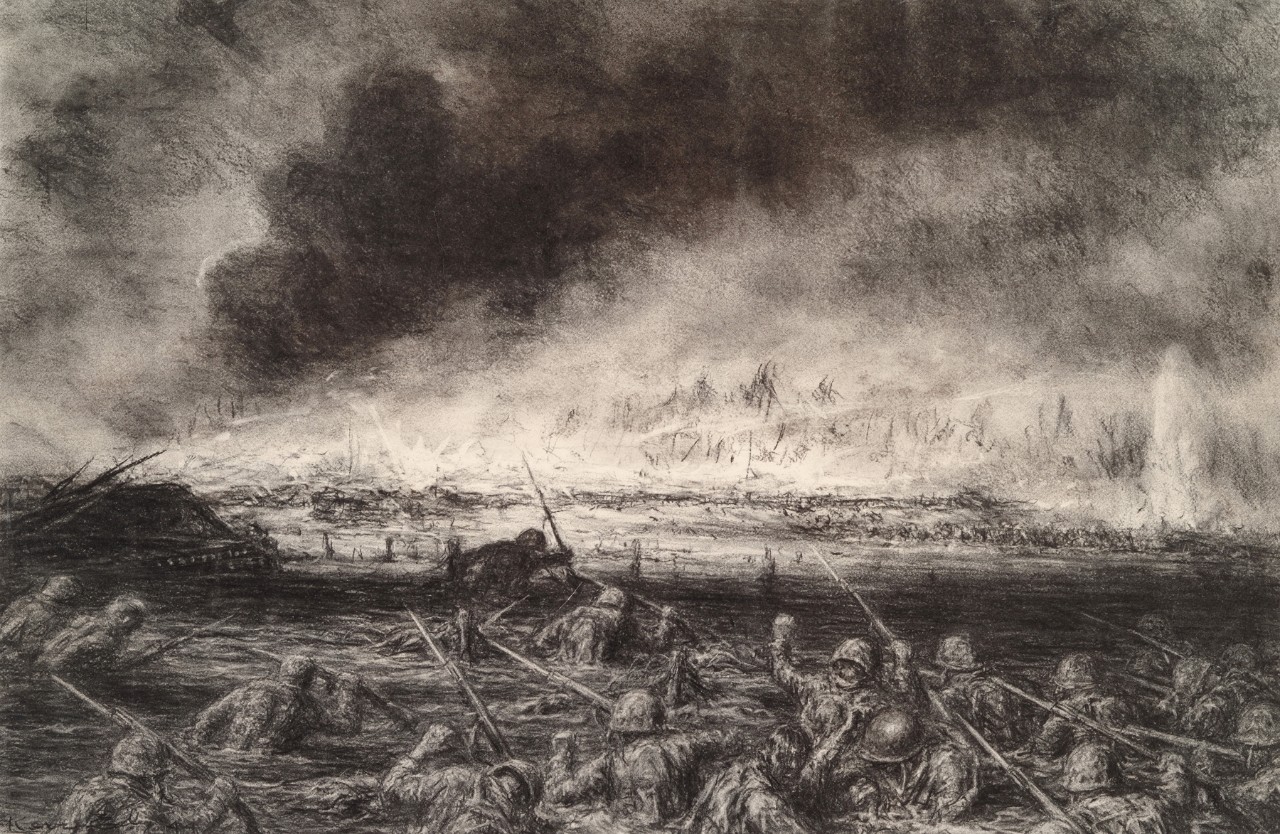 Operation Galvanic, the U.S. invasion of the Gilbert Islands, was undertaken to provide a stepping stone to the strategically located, Japanese-occupied Marshall and Marianas island chains in the central Pacific. Thus, the concurrent capture of the Tarawa atoll by the Marines and Makin atoll by the U.S. Army in November 1943 eliminated Japanese garrisons east of the Marshalls and also ensured secure lines of communications with Hawaii.

On Tarawa, Japanese forces primarily occupied Betio Island, at the southwest corner of the atoll. Initial landings by the 2nd Marine Division were undertaken on the northern (lagoon) side of the island on 20 November. Although the first three assault waves, transported by tracked landing vehicles (LVTs), managed to reach the landing beaches, the unpredictable tide blocked the follow-on conventional landing craft at the lagoon’s reef line, entailing disembarkation several hundred yards out and along a preexisting cargo-handling pier. The sea wall bordering the landing beaches slowed down or halted many LVTs and the tanks that were landed to provide fire support to the infantry. Japanese resistance was fierce, and the issue appeared in doubt for the landing force for much of the first day of the operation. Reinforcements landed on 21 November, and later landings on beaches on Betio’s western end enabled the Marines to make headway against the determined defenders. Improved tidal conditions that allowed easier landing of supplies and supporting units also contributed to a renewed impetus. By the evening of 22 November, the Japanese had been pushed into defensive pockets on Betio’s eastern end and along the island’s northern and northwestern shorelines. Organized resistance on Betio ceased the following day; the other islands in the atoll were secured by 28 November.

Previous Allied amphibious landings in the Pacific encountered far less resistance, so the ferocity of the Japanese forces defending Tarawa—and the resultant high U.S. casualty rate—was a surprise to the troops and to the American public: During the combat operations, 1,009 Marines were killed and 2,101 wounded. The U.S. Navy's primary loss was the escort carrier Liscome Bay (CVE-56), which was torpedoed by a Japanese submarine while supporting Galvanic; 646 officers and enlisted personnel were killed. Out of the Japanese garrison, 4,690 were killed; 17 soldiers and 129 laborers were captured.