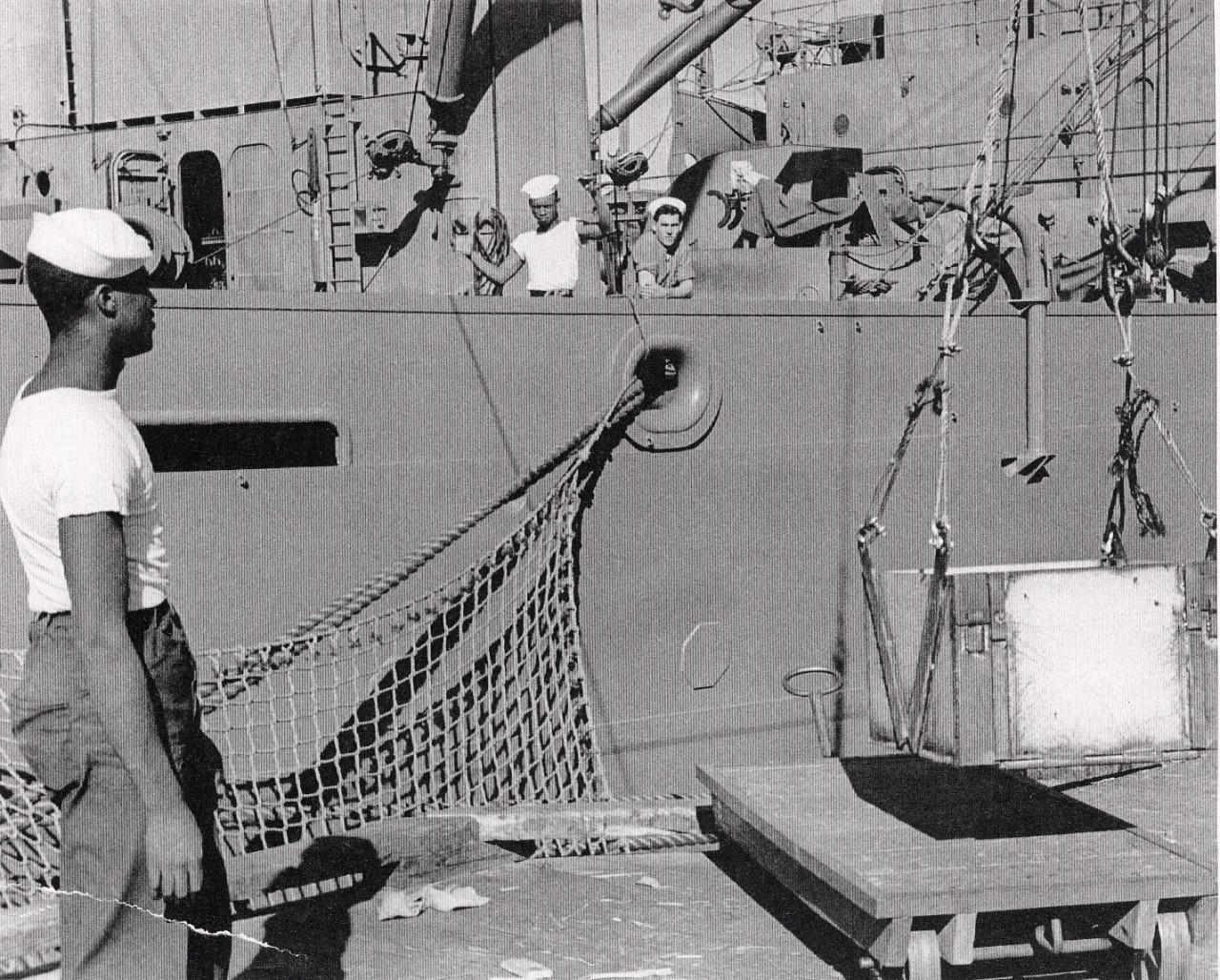 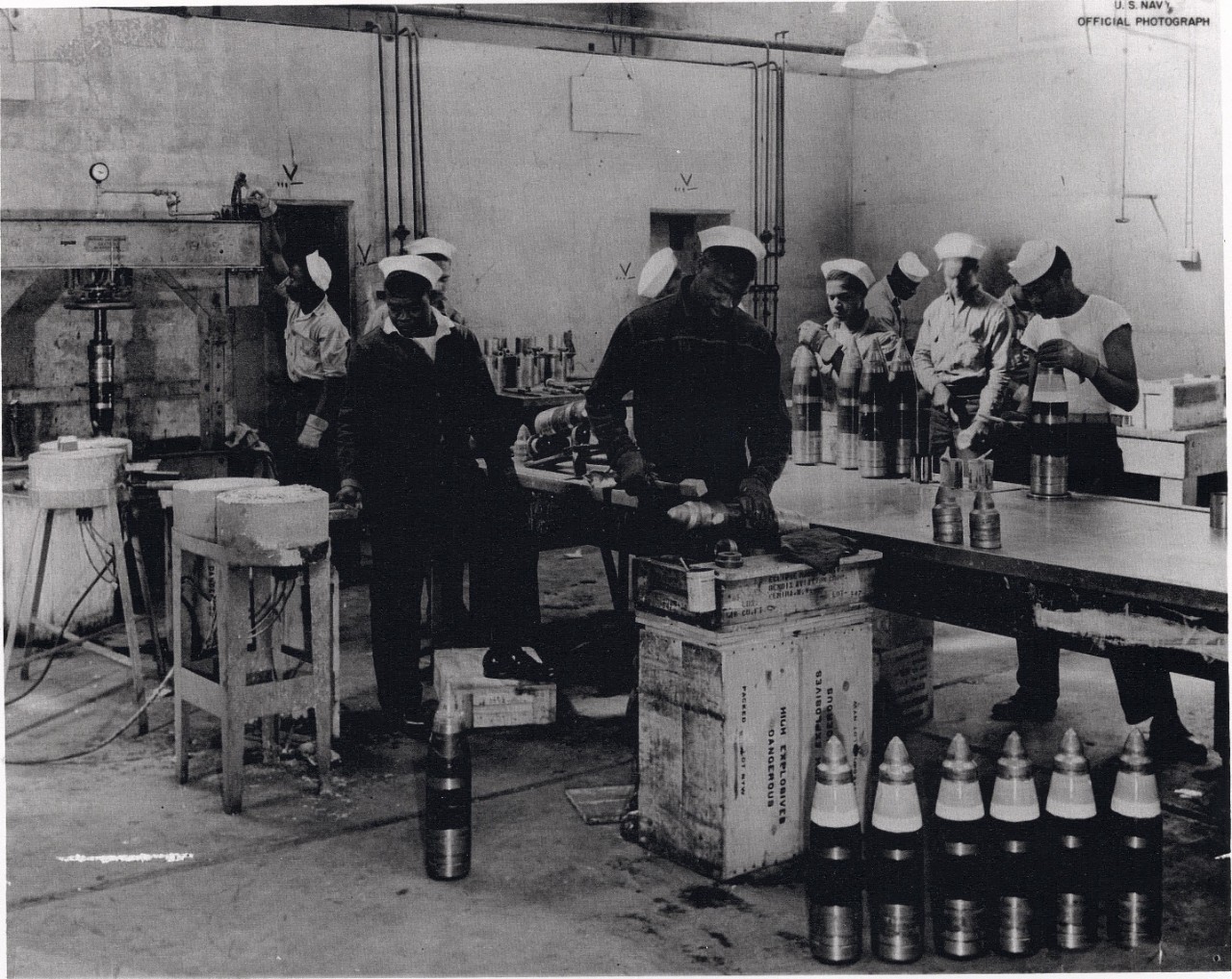 At approximately 10:19 PM on 17 July 1944, two massive explosions just seconds apart devastated the U.S. naval magazine at Port Chicago, California. Three hundred and twenty officers and enlisted men were killed instantly when two ships—SS Quinault Victory and SS E. A. Bryan—being loaded with ordnance and ammunition for operations in the Pacific theater blew up. The detonations smashed the almost fully loaded E. A. Bryan to bits and blew large pieces of Quinault Victory over 500 yards away into Suisun Bay. Witnesses reported seeing an immense column of fire that mushroomed, creating a magnificent yellow-orange light. The blasts equaled an estimated 5,000 tons of TNT or an earthquake of 3.4 magnitude on the Richter scale. In addition to the 320 individuals killed in the blasts, another 390 were injured. African Americans constituted nearly 75 percent of the 320 fatalities and 60 percent of the 390 hurt. It was the worst home front disaster of World War II.

The search for survivors quickly became a recovery effort. Freddie Meeks, an African American Sailor, recalled the shock of putting body parts into baskets as he absorbed the loss of life and the destruction that occurred. Only 51 bodies remained intact for identification, and the smell of burning flesh hung in the air. The blasts had obliterated virtually everything within 1,000 feet, including cargo ships, the pier, boxcars, a 45-ton diesel locomotive, the joiner shop, a Coast Guard barge, and a nearby wharf still under construction.

In the ensuing days, the men stationed at Port Chicago who survived the disaster were transferred to Mare Island Ammunition Depot in nearby Vallejo. On 21 July 1944, Admiral Carleton H. Wright, Commandant of the Twelfth Naval District, convened a court of inquiry led by Captain Albert G. Cook, Jr., commanding officer of Mare Island, with the assistance of Captains John S. Crenshaw and William B. Holden and Lieutenant Commander Keith Ferguson. After interviewing 120 witnesses over a 39-day period, the court cleared the white officers at Port Chicago of any culpability or liability and stated that it could not confirm the exact cause of the initial explosion. The court’s 1,200-page report implied that, whatever the blast’s origin, the African American ammunition handlers must have had something to do with it.

The Navy had grudgingly accepted African Americans for general service in the spring of 1942, but only in segregated units, giving priority to discriminatory social norms rather than using all available persons to alleviate manpower shortages in the military and civilian sectors. At President Franklin D. Roosevelt’s urging, the General Board of the Navy expanded the range of jobs reserved for African Americans to include stevedore, members of construction battalions, and other labor-intensive ratings. Few African Americans received orders for surface ships or submarines in any capacity other than stewards and messmen. Most of those assigned to Port Chicago had hoped to do more than manual labor in U.S. naval uniform and lamented that their job offered little hope for promotion or transfer to a more desirable rating. They enjoyed minimal opportunities for rest and relaxation at the base, since loading went on 24 hours a day. Adding insult to injury, black Sailors could not enter the mess hall until white Sailors had finished their meals.

The investigation into the cause of the Port Chicago disaster found that many white officers held low opinions of the 1,400 enlisted African Americans assigned to the base, which served as an annex to the Mare Island depot. According to the court’s report, these officers judged the black stevedores and ammunition handlers at Port Chicago “unreliable, emotional, lack[ing] capacity to understand or remember orders or instructions…disliked receiving orders of any kind, particularly from white officers or petty officers.”1 It was doubtless this belief that had led the officers to train enlisted African Americans “on the job,” without in-depth practical instruction. Work conditions were also unsafe. Men like Freddie Meeks saw that “when those bombs, slathered in grease, bounced down the plank, they’d bang into other bombs and everyone would just pray to Almighty God. They made a terrible sound. Sometimes, you thought they would explode. You’d almost have a heart attack to hear those bombs hitting together.… I’d ask the lieutenant about it and he’d say ‘Don’t worry.’”2 When the Navy had refused to supply the men with needed work gloves, they wrote home to request them from family members. The men described near-accidents and the increasingly dangerous work in their letters to the NAACP and the National Urban League.

By the second week of August 1944, the officers at Mare Island asked the enlisted men who had survived the disaster at Port Chicago to begin loading ammunition into the munitions ship San Gay. The men replied “No, not without training.” Having narrowly escaped death just three weeks prior, nearly 330 men refused, asserting that another explosion would occur if the Navy continued to deny them proper training. After stern warnings and threats from Admiral Wright and other officers, the number of those refusing to resume loading decreased to 50.

The subsequent trial by court-martial and conviction of the “Port Chicago 50” for conspiracy to commit mutiny was extraordinarily divisive and remains highly controversial even today. The men’s insistence on safer working conditions and better leadership, however, changed the U.S. Navy and probably saved many other lives. The court-martial as well as the ensuing outcry underscored the Navy’s discriminatory policies and, to a certain degree, accelerated its plans for moving toward an integrated service. While the precise cause of the Port Chicago explosion on 17 July 1944 is still uncertain, the long-term impact of this event is undeniable, having brought enormous attention to both the plight of African-Americans within the U.S. Navy and the urgent need for workplace safety.

The Port Chicago disaster also presents lessons learned for today. Training is critical to effective and efficient operations. When the Navy does not provide adequate training or maintain training requirements, Sailors cannot perform at their best, the mission is impaired, and the chance of errors increases. Operational tempo or being at war is not an excuse for failing to lead or failing to execute the most basic responsibilities of command: taking care of your people; ensuring that they have the requirements to perform their job; and maintaining a safe environment in which your people can develop and advance. Leaders should respond to their subordinates’ concerns as soon as possible and continuously assess risks to avert mistakes, injury, tragedy, and any potential threats to mission completion.

2 Quoted in John Boudreau, “Blown Away, Fifty Years Ago Today, Segregation in The Military Ended with a Bang and a Whimper,” Washington Post, 17 July 1994, F4.

John Boudreau, “Blown Away, Fifty Years Ago Today, Segregation in the Military Ended With a Bang and a Whimper,” Washington Post, 17 July 1994, F4.

Dennis D. Nelson, The Integration of the Negro into the U.S. Navy (New York: Farrar and Strauss, 1951).