THE SECRETARY OF THE NAVY
WASHINGTON

"For extraordinary heroism in action against powerful units of the Japanese Fleet during the Battle off Samar, Philippines, October 25, 1944. Silhouetted against the dawn as the Central Japanese Force steamed through San Bernardino Strait towards Leyte Gulf, Task Unit 77.4.3 was suddenly taken under attack by hostile cruisers on its port hand, destroyers on the starboard and battleships from the rear. Quickly laying down a heavy smoke screen, the gallant ships of the Task Unit waged battle fiercely against the superior speed and fire power of the advancing enemy, swiftly launching and rearming aircraft and violently zigzagging in protection of vessels stricken by hostile armor-piercing shells, anti-personnel projectiles and suicide bombers. With one carrier of the group sunk, others badly damaged and squadron aircraft courageously coordinating in the attacks by making dry runs over the enemy Fleet as the Japanese relentlessly closed in for the kill, two of the Unit's valiant destroyers and one destroyer escort charged the battleships point-blank and, expending their last torpedoes in desperate defense of the entire group, went down under the enemy's heavy shells as a climax to two and one half hours of sustained and furious combat. The courageous determination and the superb teamwork of the officers and men who fought the embarked planes and who manned the ships of Task Unit 77.4.3 were instrumental in effecting the retirement of a hostile force threatening our Leyte invasion operations and were in keeping with the highest traditions of the United States Naval Service."

JAMES FORRESTAL
Secretary of the Navy 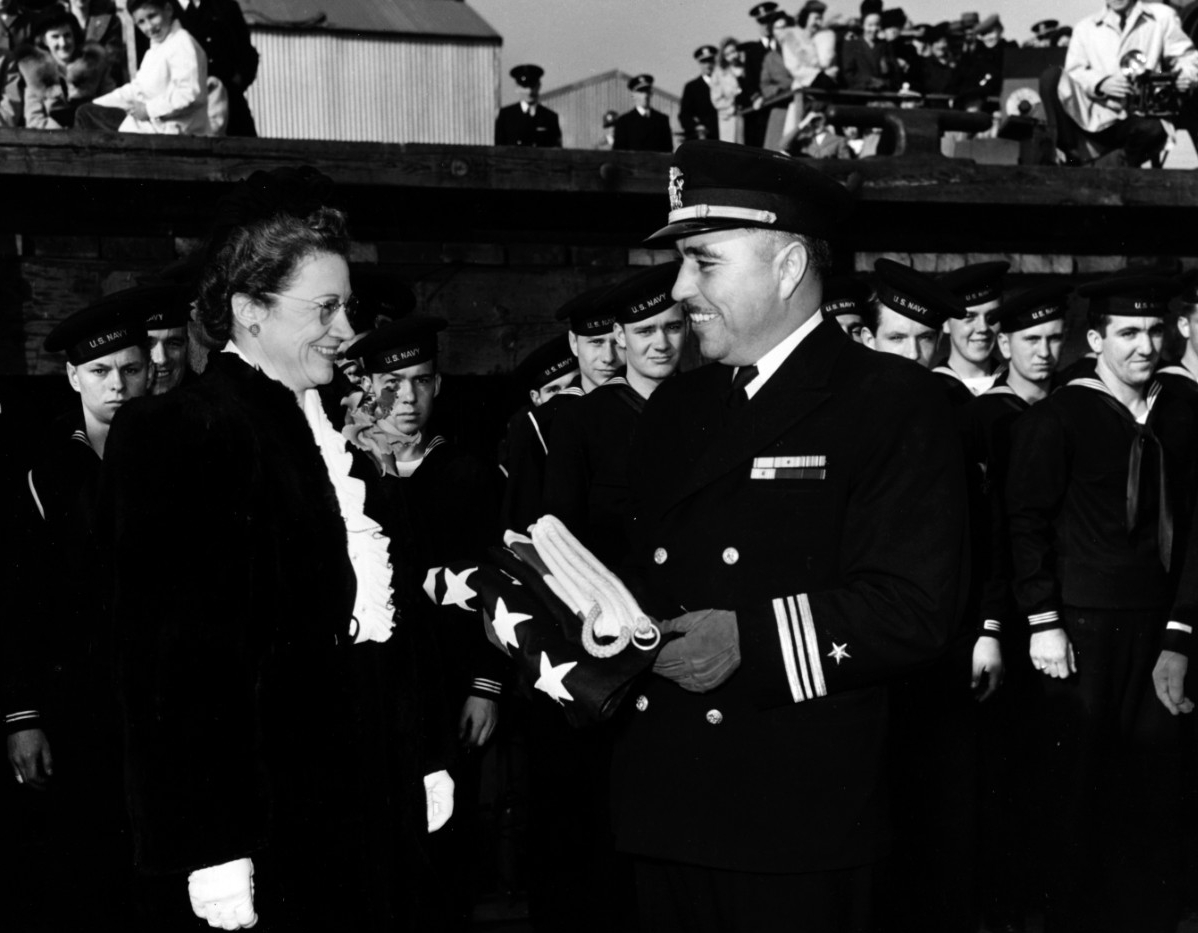 Lieutenant Commander Ernest E. Evans, USN, (1908–44) at the commissioning ceremonies of USS Johnston (DD-557), Seattle, Washington, 27 October 1943. Evans was Johnston's commanding officer until she was sunk in the Battle off Samar, 25 October 1944, and did not survive his ship's loss. He was posthumously awarded the Medal of Honor (NH 63499).

In addition to the Presidential Unit Citation, Taffy 3 officers and Sailors were awarded: 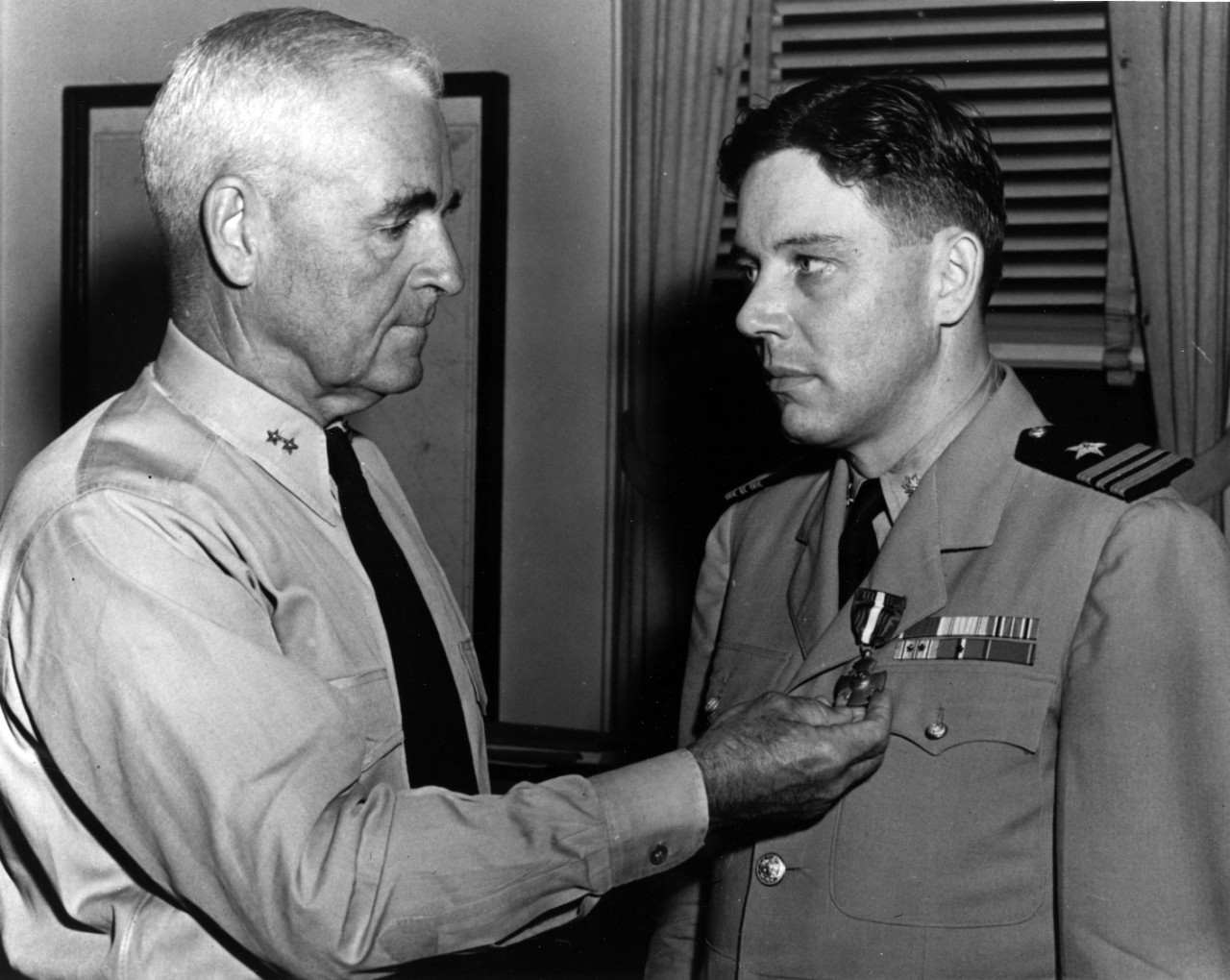