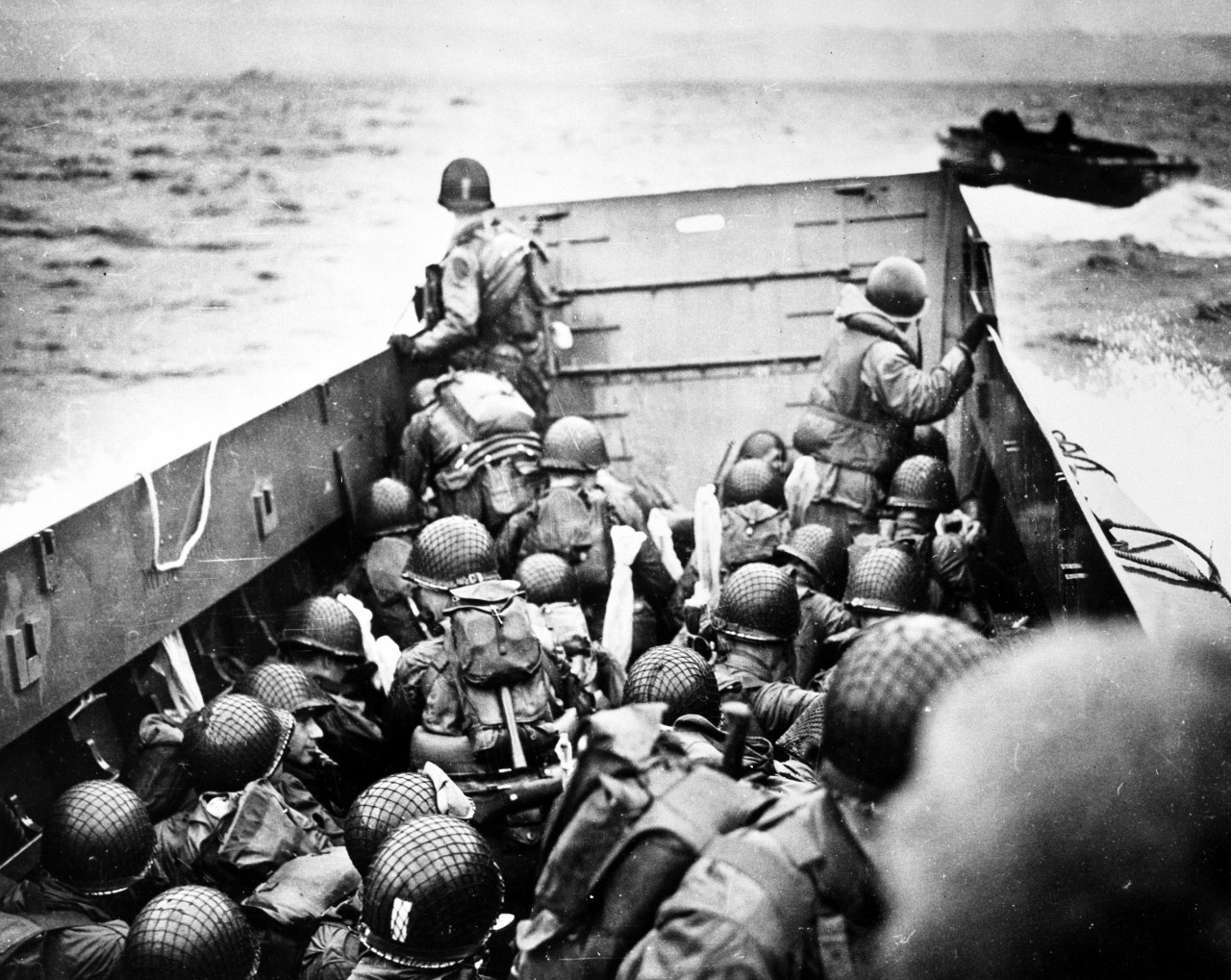 At dawn on 6 June, nearly 7,000 U.S. and British ships and craft carrying close to 160,000 troops lay off the Normandy beaches, surprising German commanders, who had overestimated the adverse weather’s impact and were also expecting landings to the northeast, in the Pas-de-Calais area. Following assembly, and a 24-hour delay, the invasion fleet had proceeded across the English Channel along five lanes cleared by minesweepers toward the French coast. The waters off of the U.S. (Utah, Omaha) and British-Canadian (Gold, Juno, Sword) landing beaches had been divided into transport off-loading areas, fire-support channels and areas, and lanes for the assault craft. Cruisers and battleships bombarded enemy coastal fortifications and strongpoints,  followed by tactical air strikes. In each of the initial attack waves, LCTs (landing craft, tank) carried specially configured amphibious tanks that were to serve as immediate infantry fire support once ashore. Patrol boats served as control vessels off of each beach. Destroyers and other small combatants stood by to provide gunfire support, and loaded landing craft proceeded from their line of departure (“Dixie line”) toward the beaches.

Operation Neptune, the naval component of Overlord—mine sweeping, the massive cross-Channel movement, the amphibious landings, and fire and logistics support—and subsequent hard-fought Allied breakout from the Normandy beachhead into German-occupied France set the stage for the liberation of western Europe and final victory in May 1945. The following provide insights about the background, execution, and aftermath of the Normandy invasion:

"Neptune/Overlord: From Concept to Execution—Planning the Invasion of France, 1942–44," a detailed overview of the extensive planning process leading up to the Normandy operation

"Operation Neptune: Innovating on the Spot Made D-Day a Success," an analysis on the role quick thinking and decisive actions by Navy leadership contributed to Allied success in Normandy 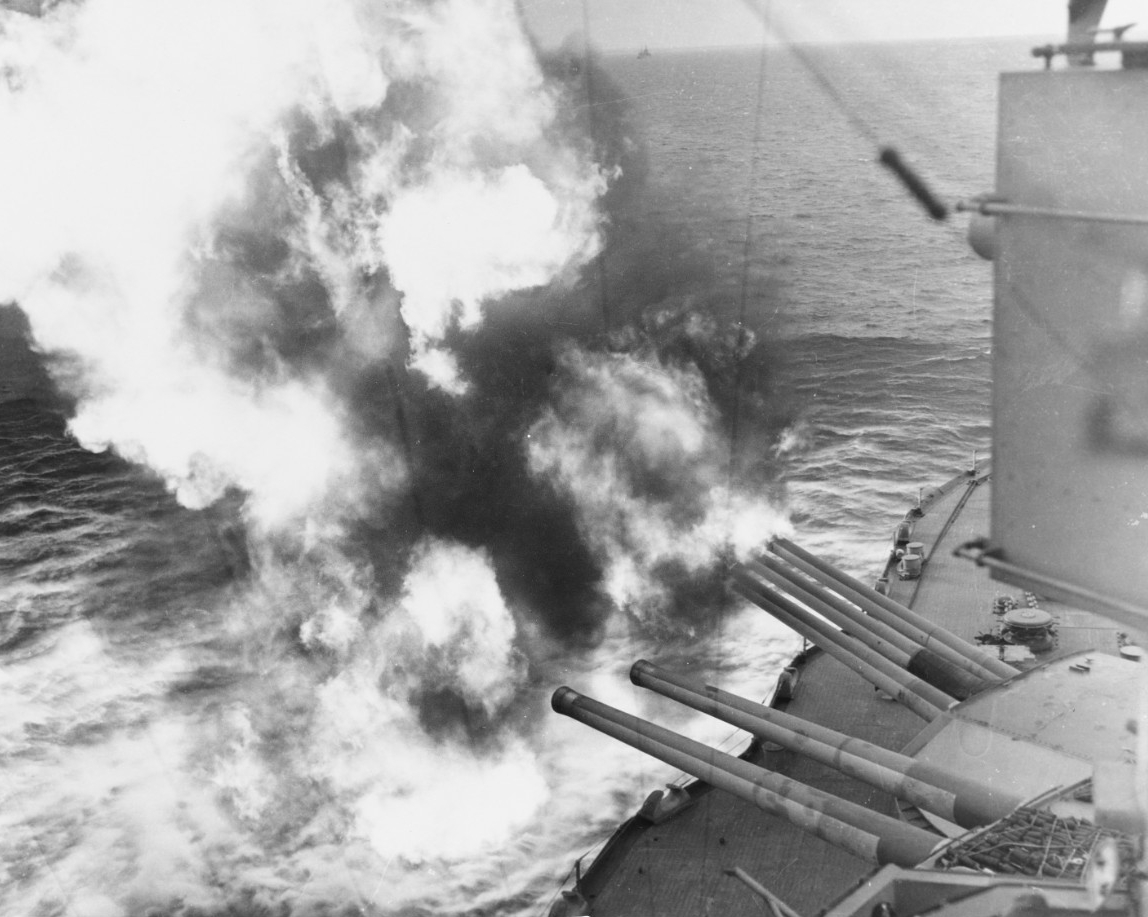 A forerunner to the Navy special operations force known as the SEALs, naval combat demolition units (NCDU) helped to clear the way for the initial invasion force on D-Day.

A video providing an overview of World War II European Theater operations from D-Day to the surrender of Germany.

Artifacts include the USS Texas (BB-35) firing plan, an ensign from LCI-488, a bugle played at Utah beach, a recovered German Mauser pistol, and part of a shell fired from USS Frankford (DD-497) during the bombardment.

Report of sunk and damaged ships and craft from the Normandy invasion, 6–25 June 1944

The Mulberries: Artificial harbors at Normandy

The Naval Armed Guard during the Normandy landings 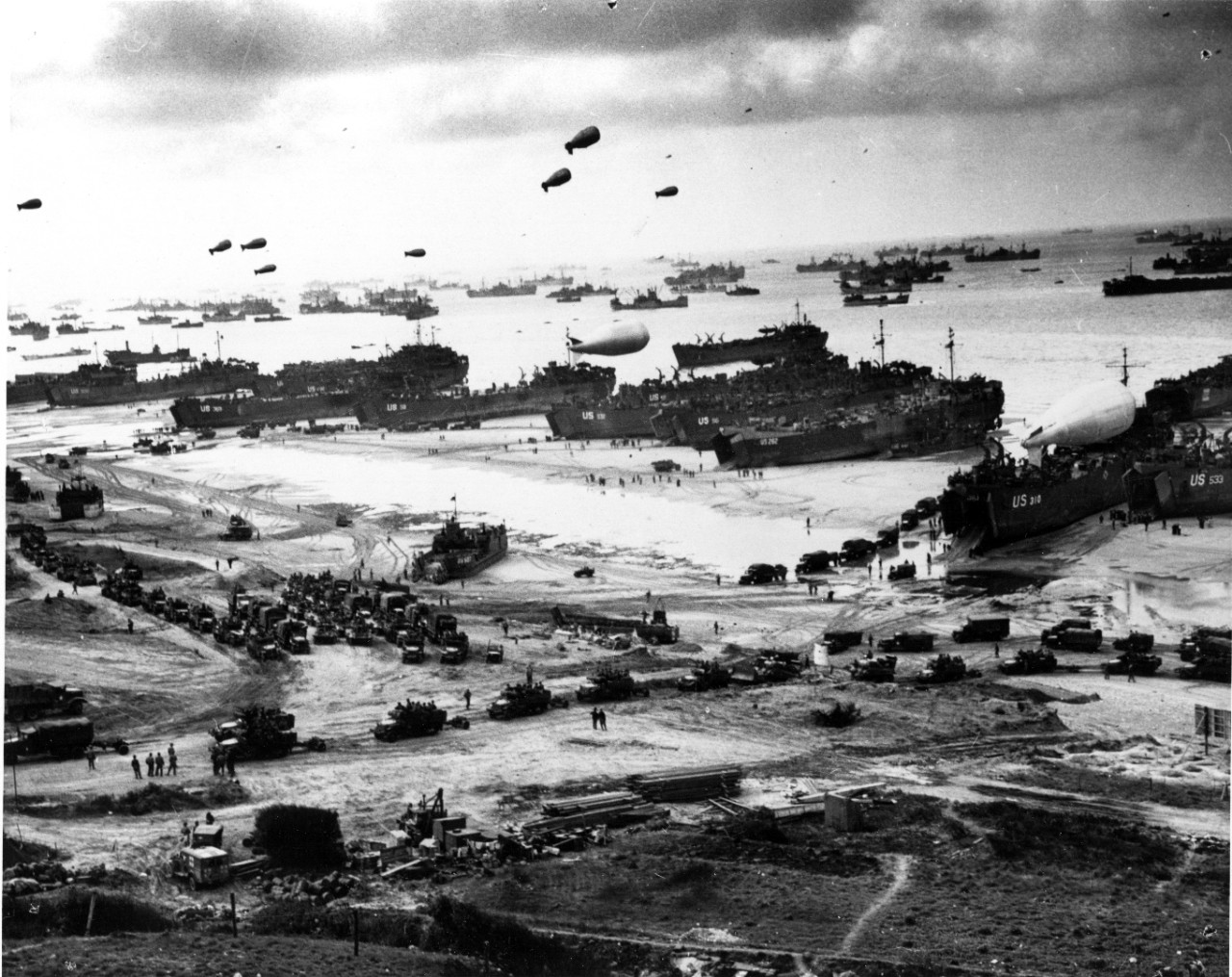