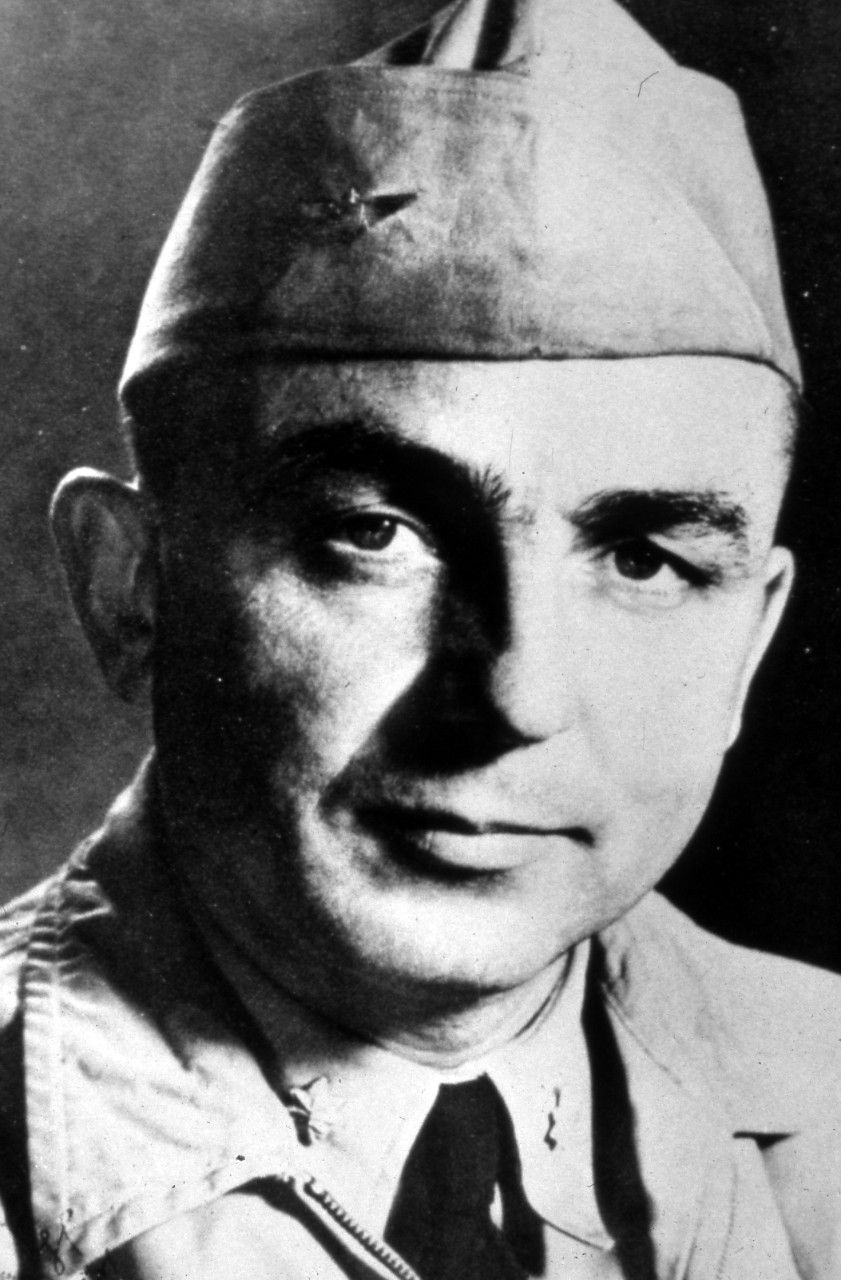 Leslie was born in Spokane, Washington, on 24 October 1902. He attended the University of Washington before going on to the U.S. Naval Academy in Annapolis, Maryland, in 1922. Classmates there appreciated what they called his “bulldog spirit” and can-do attitude. Both qualities served him well during his first years of service at sea and subsequent training at the Navy’s flight school in Pensacola, Florida. Leslie earned his wings on 6 June 1930, when the faculty advanced him to the designation of naval aviator.

At the Battle of Midway Leslie, now a lieutenant commander, served as the executive officer of Bombing Squadron 3. Leslie and his crew scored the battle’s first effective hits by carrier-based planes—in this case, from the flight deck of USS Yorktown (CV-5). In face of fierce antiaircraft fire, Leslie’s squadron managed to score at least five direct hits on an enemy carrier, Soryu, which sank as a result. In the mean time, fuel exhaustion forced Leslie to ditch his plane in the open sea. U.S. Navy searchers spotted Leslie and his gunners in a rubber raft and rescued them.

For his actions at the Battle of Midway, Leslie received the Navy Cross. He went on to receive additional service awards—the Bronze Star and the Navy Commendation Ribbon—before his retirement from the Navy in 1956 as a rear admiral. Leslie passed away in 1985.