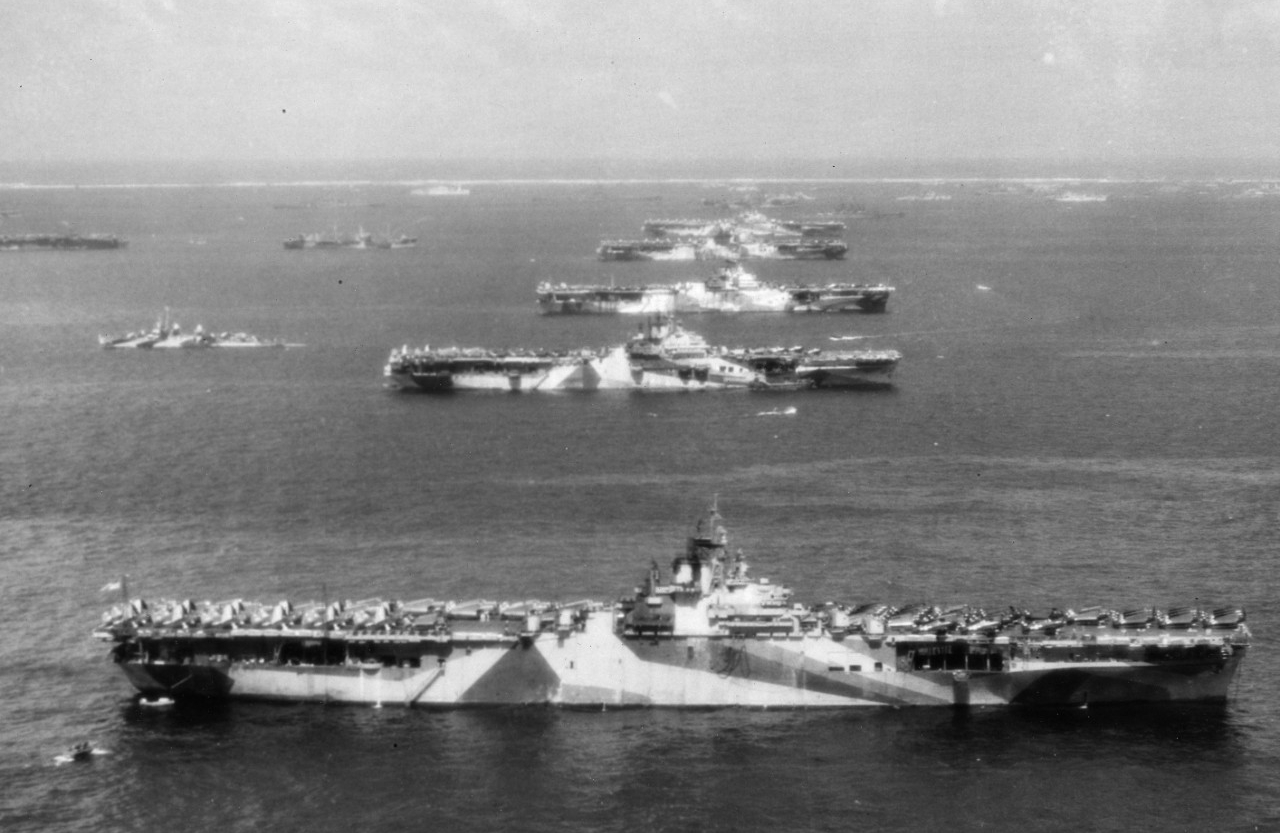 The task organization envisioned by ADM King: Third Fleet aircraft carriers at anchor in Ulithi Atoll, 8 December 1944, during a break from operations in the Philippines area. The carriers are (from front to back): USS Wasp (CV-18), USS Yorktown (CV-10), USS Hornet (CV-12), USS Hancock (CV-19) and USS Ticonderoga (CV-14). Wasp, Yorktown, and Ticonderoga are all painted in camouflage Measure 33, Design 10a. Photographed from a USS Ticonderoga aircraft (80-G-294131).

By February 1943, Allied forces across the globe had blunted Axis advances and gained the initiative. On 19 February, in order to facilitate the emerging worldwide naval counter-offenses, CNO Admiral Ernest J. King announced a redesignation of U.S. naval operating forces. Effective 15 March 1943, the United States Fleet would institute a system of numbered fleets. Even-numbered fleets were specified for the Atlantic, while odd-numbered fleets were allocated to the Pacific. The commanders of the geographically designated fleets (LANTFLT and PACFLT) were empowered to allocate operational forces to the numbered fleets as needed to execute tasks of limited time and purpose. These task fleets and their subordinate task organizations had the distinct advantage of flexibility. They could easily be formed to address a specific operational need and similarly dissolved after their objective had been met or another priority arose.

Although the numbered fleets were officially dissolved in January 1946 as a result of the end of World War II, they were reactivated under various numbers throughout the Cold War in response to major contingencies and hot wars. The 1986 Goldwater-Nichols Act made the numbered fleets permanent in order to be in conformance with joint organizational concepts. Commemoration of the 75th anniversary of Admiral King's significant and enduring reorganization was announced on 15 March 2018 via a Navy-wide message. 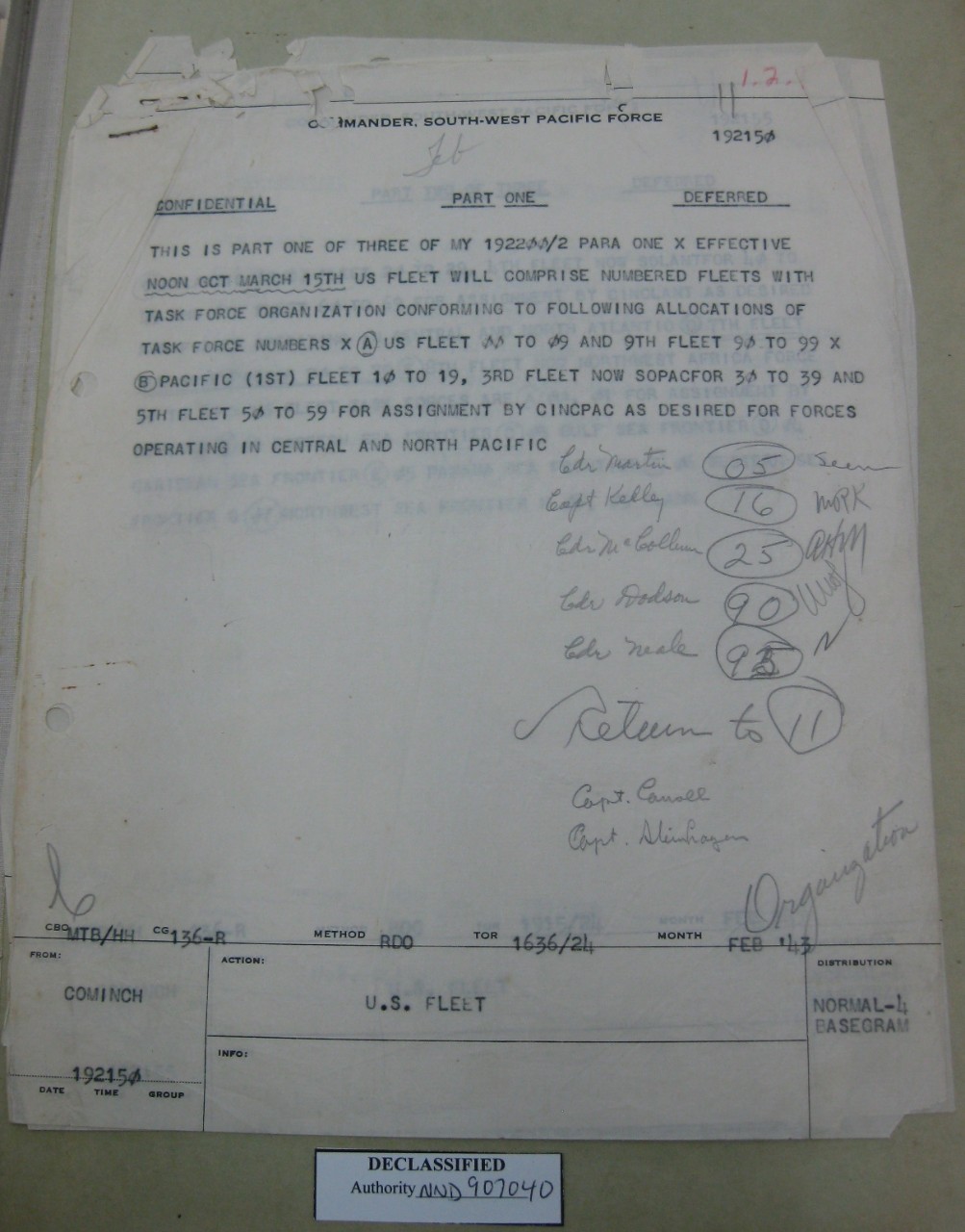 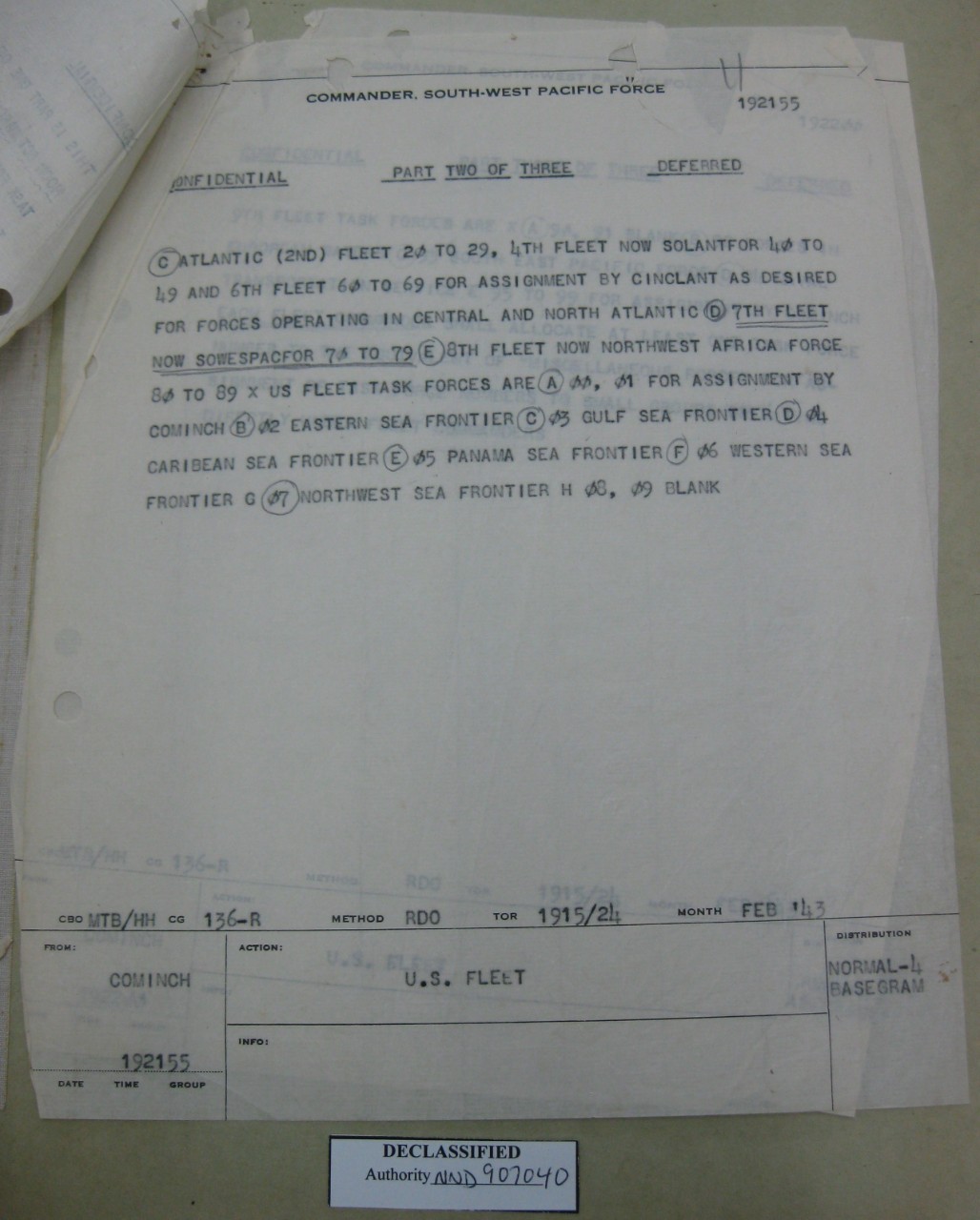 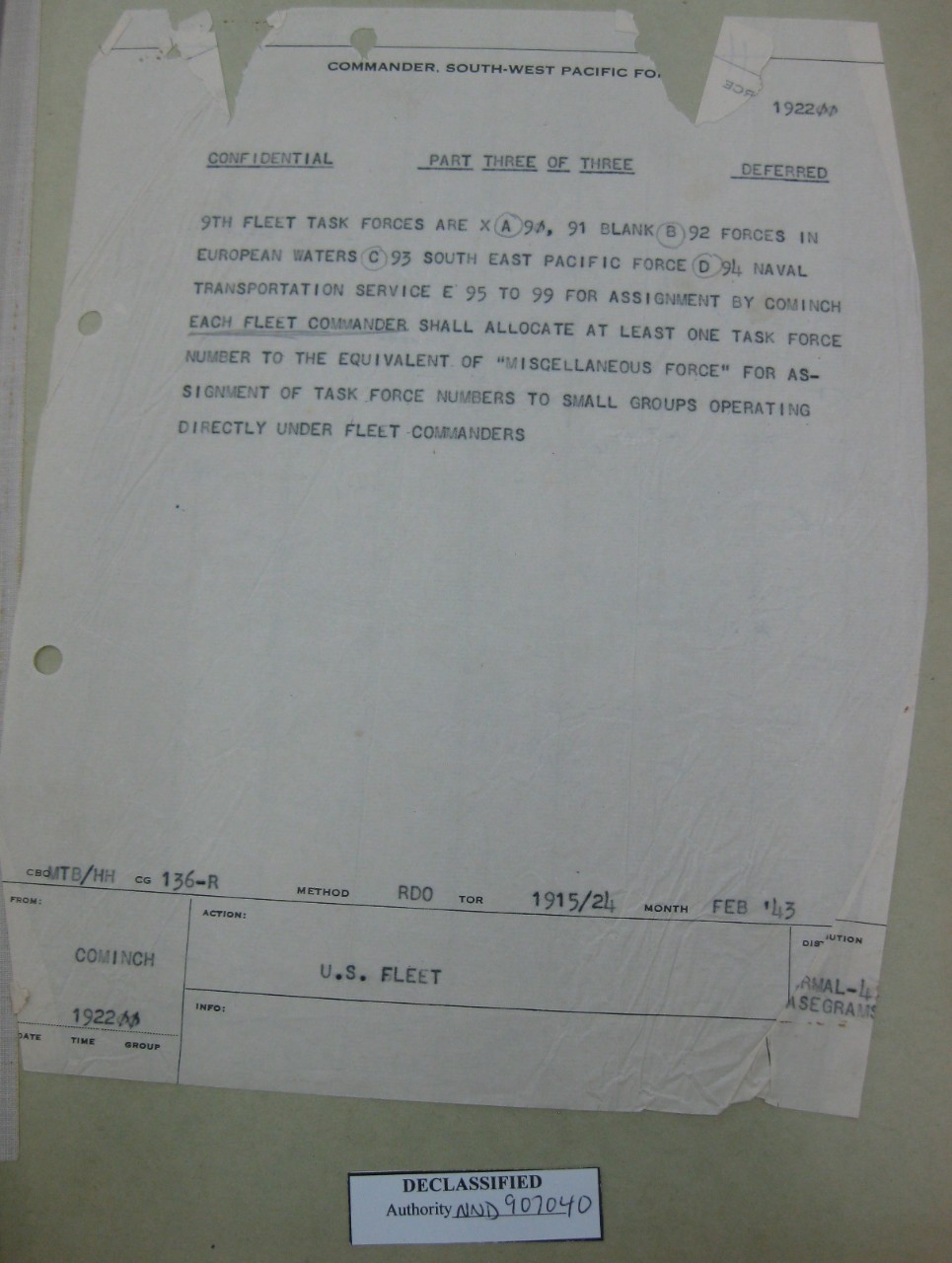 The message reads as follows:

THIS IS PART ONE OF THREE OF MY 192200/2 PARA ONE. EFFECTIVE NOON OCT MARCH 15TH US FLEET WILL COMPRISE NUMBERED FLEETS WITH TASK FORCE ORGANIZATION CONFORMING TO FOLLOWING ALLOCATIONS OF TASK FORCE NUMBERS. A[:] US FLEET 00 TO 09 AND 9TH FLEET 90 TO 99. B[:] PACIFIC (1ST) FLEET 10 TO 19, 3RD FLEET NOW SOPACFOR 30 TO 39 AND 5TH FLEET 50 TO 59 FOR ASSIGNMENT BY CINCPAC AS DESIREC FOR FORCES OPERATING IN CENTRAL AND NORTH PACIFIC