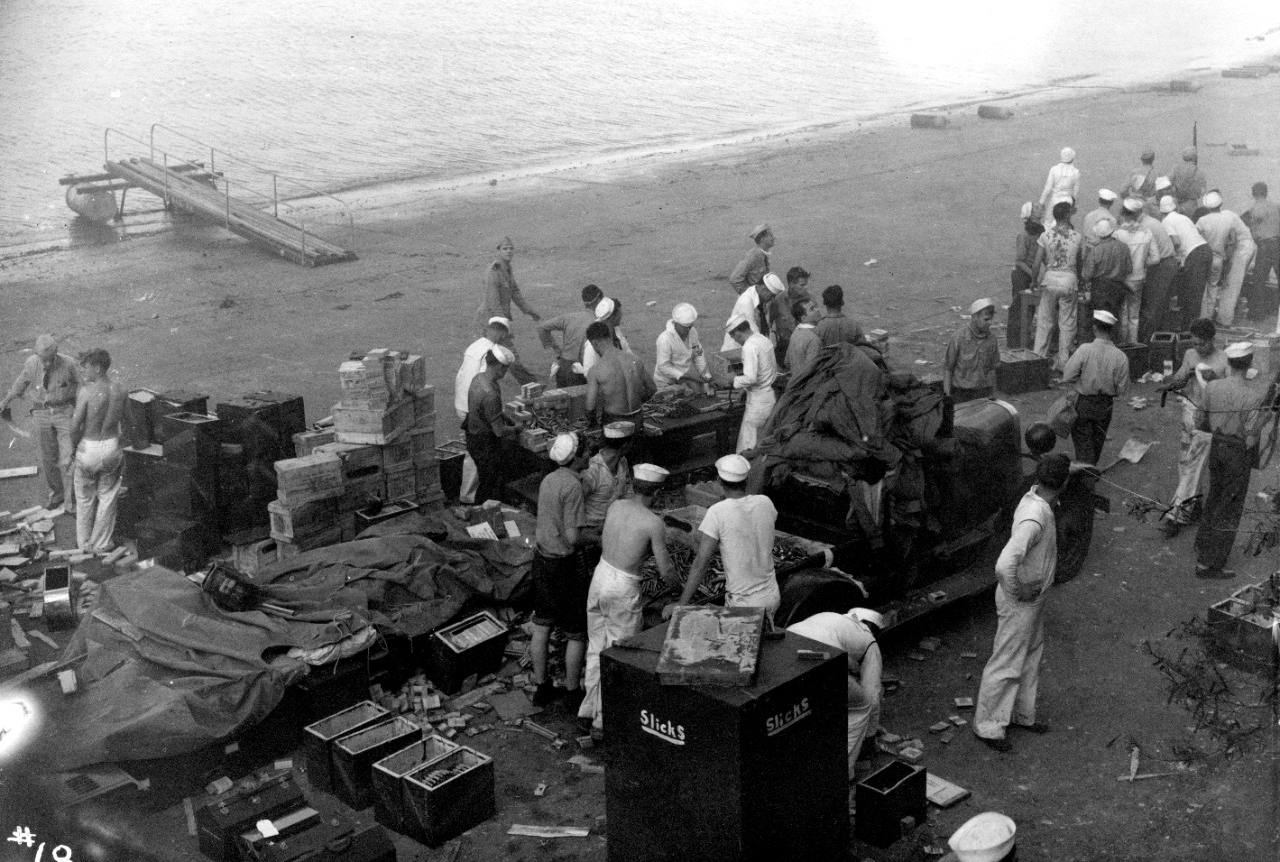 The first Japanese bombs to fall on Ford Island on Sunday, 7 December 1941, landed close to Patrol Squadron (VP) 22’s hangar. The surprise attack by the enemy, delivered with devastating precision at a number of places almost simultaneously, served as a rude and deadly form of reveille.

Ensign Theodore Wood Marshall, A-V(N), USNR, VP-21’s assistant flight officer, found himself without a plane when the Battle of Oahu began. The squadron’s sole Consolidated PBY-3 Catalina flying boat on the island lay under repair. The rest had been deployed to Midway, some to serve as a ready strike and search force, and others prepared to rendezvous with in-bound USMC scout bombers being delivered by the carrier Lexington (CV-2).

Marshall, born in Kansas City, Missouri, on 26 October 1917, had attended Rockhurst College, where he played polo. Beginning his service career as an aviation cadet in July 1938, he received his Naval Aviator wings (heavier-than-air) on 19 November 1939.

Amidst the tumult of battle, Marshall left the New Bachelor Officer’s Quarters, located at the opposite end of Ford Island from where the attack on the Navy’s long-range search capabilities had begun, and commandeered one of VP-21’s trucks. During the height of the Japanese first-wave attacks, he drove between the officer’s quarters, the enlisted men’s barracks, and the squadron area, ferrying men to their battle stations. Bomb fragments and machine gun bullets riddled his vehicle.

Once he completed his transportation duty, Marshall spied an unmanned Grumman F4F-3 Wildcat fighter.  Despite the fact that he had never flown any service land planes, he climbed up into the cockpit, coaxed the Grumman’s engine to life, and began to taxi. The movement apparently attracted unwanted attention, for strafing Japanese planes in the second attack wave badly damaged the Wildcat, leaving it unfit for flight.

Providentially unharmed, and undaunted, the intrepid ensign rushed over to the next carrier plane he saw, a Douglas TBD-1 Devastator, normally used as a torpedo or high-level bomber, “a type [as the F4F had been] with which he as entirely unfamiliar.” He managed to get the big aircraft started and took off to follow the retiring Japanese, chasing them for 150 miles. “Because of the slowness of his airplane,” however, he proved unsuccessful in his attempt to overtake the enemy. Dwindling fuel compelled Marshall to return to Oahu, where “through his skill and ingenuity,” he “was able to land the airplane without damage, even though he had never before flown that or any other service type land plane.”

For his heroism that momentous morning, Marshall received the Silver Star. He would again demonstrate “superb airmanship, initiative and courage” on 29 September 1944, when he brought his damaged patrol plane and its 11-man crew back to base after flying over 1,020 miles of open ocean. Ultimately, he retired from the Navy with the rank of commander in 1959, and was advanced to captain on the basis of combat awards.