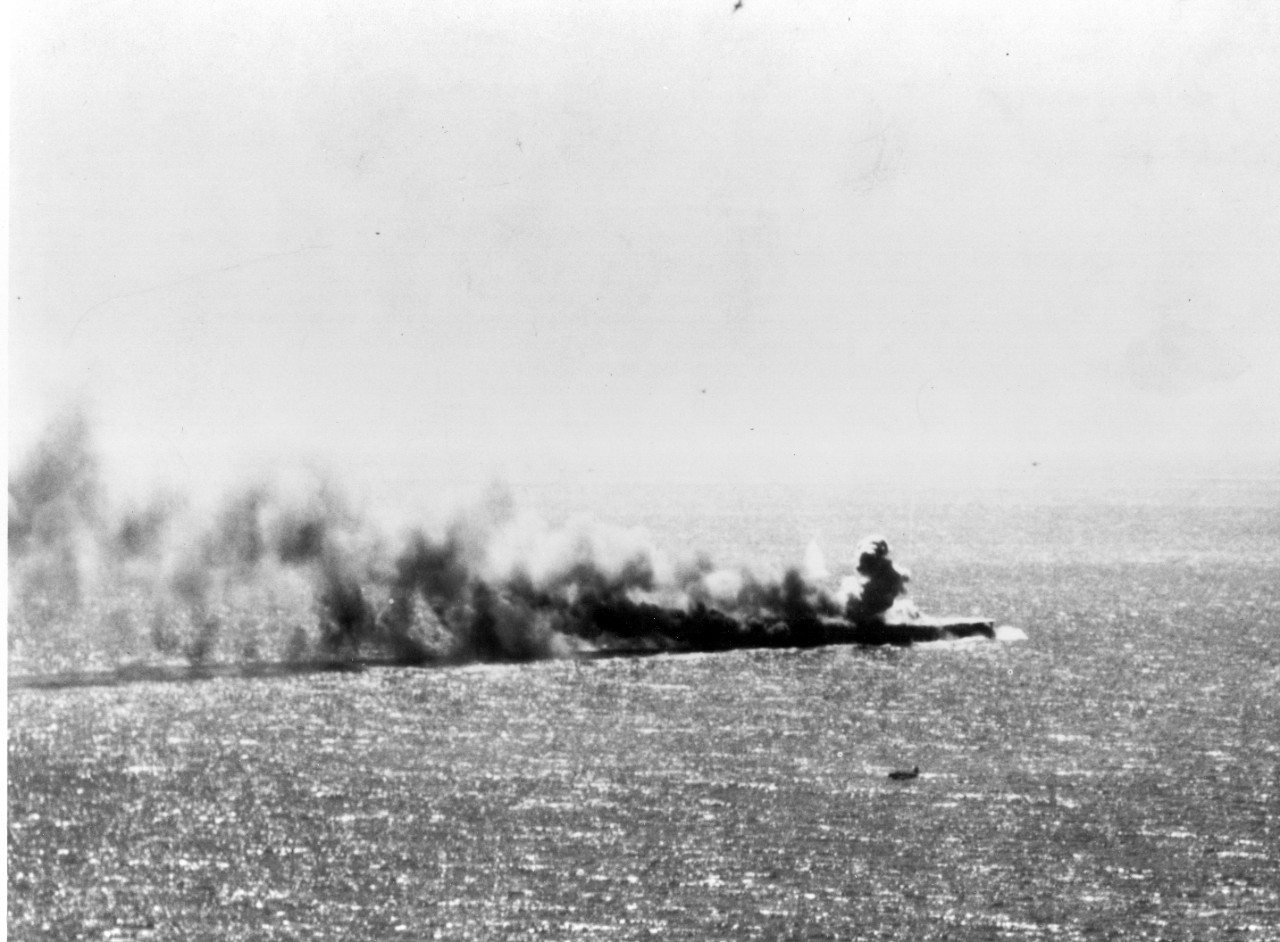 Japanese aircraft carrier Shoho under attack by U.S. Navy carrier aircraft in the late morning of 7 May 1942. A TBD Devastator is visible in the lower right center, and another plane can be seen in the top center. Photographed from a USS Yorktown (CV-5) torpedo plane (80-G-17047).

It was just after 1119 (local time) that Lieutenant Junior Grade Lawrence F. Steffenhagen, USNR, swung his TDB Devastator around for a shot at the Japanese light carrier Shōhō’s port side. Loosing his torpedo, he watched as it struck the enemy ship just aft of amidships—the second of five torpedoes launched by USS Lexington’s Torpedo Two that morning that on striking home sent Shōhō to the bottom.

Steffenhagen, a Minnesota resident who had graduated from the University of Colorado in 1936, was awarded a Navy Cross for his heroic efforts. Almost three years later, he was awarded a Gold Star in lieu of a second Navy Cross for leading USS Wasp’s Torpedo Squadron 86 during a highly successful attack against Japanese forces at the Kure naval base on Honshu. Released to inactive service after the war, he was recalled to active duty in 1947. Steffenhagen eventually retired as a captain in the U.S. Naval Reserve.