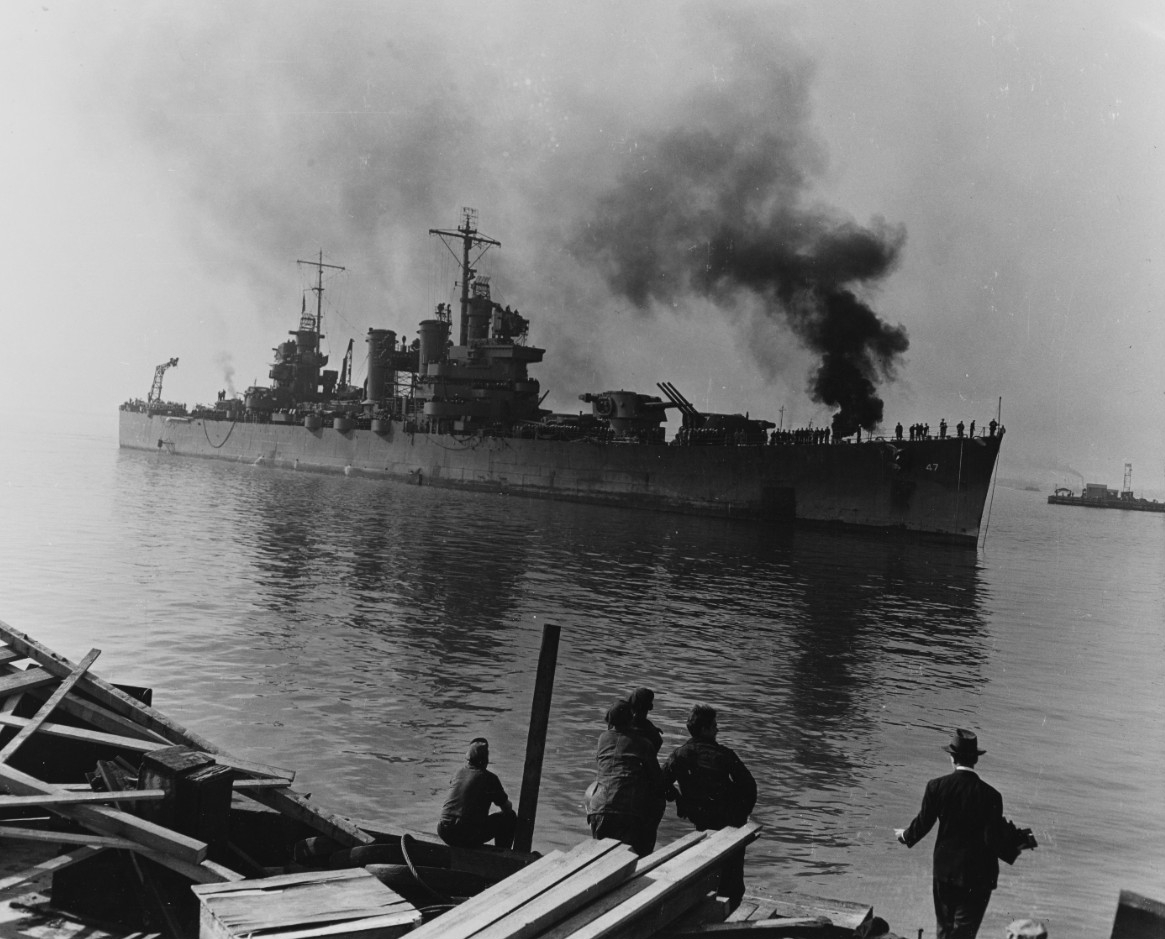 Boise (CL-47) arrives at the Philadelphia Navy Yard in November 1942 for repair of battle damage received during the Battle of Cape Esperance. Note the forward 6-inch/47-caliber triple gun turret trained to starboard. It was jammed in this position during the action, when a Japanese 8-inch shell hit the armored barbette just below the turret (80-G-300235). 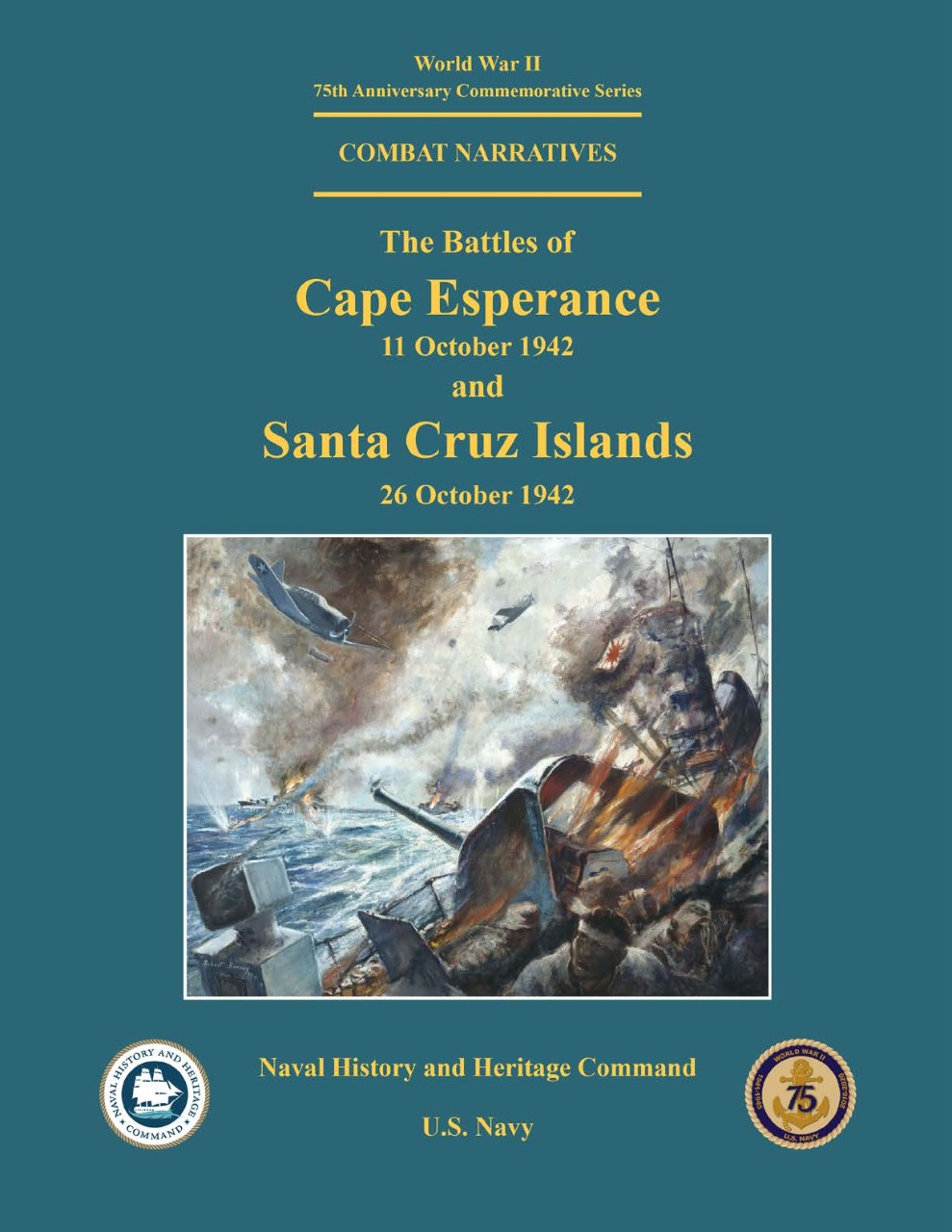 On the night of 11 October, the Japanese dispatched an extensive supply and reinforcement convoy to their ground forces engaged on Guadalcanal. At the same time, but in a separate operation, three Japanese heavy cruisers and two destroyers were to bombard Henderson Field on Guadalcanal. Shortly before midnight, a U.S task force of four cruisers and five destroyers under the command of Rear Admiral Norman Scott surprised the Japanese cruisers and destroyers north of Guadalcanal’s Cape Esperance as they approached Savo Island. One Japanese cruiser and one destroyer were sunk, and another cruiser badly damaged. One U.S. destroyer was sunk and one cruiser and another destroyer were heavily damaged. The enemy ships were forced to retreat, abandoning their bombardment mission. Meanwhile, the Japanese supply convoy had successfully reached Guadalcanal and began its return journey without being discovered by Scott's task force. Although the engagement’s strategic outcome remained inconclusive, the Battle of Cape Esperance provided a significant morale boost to the Navy after its calamitous defeat off Savo Island.