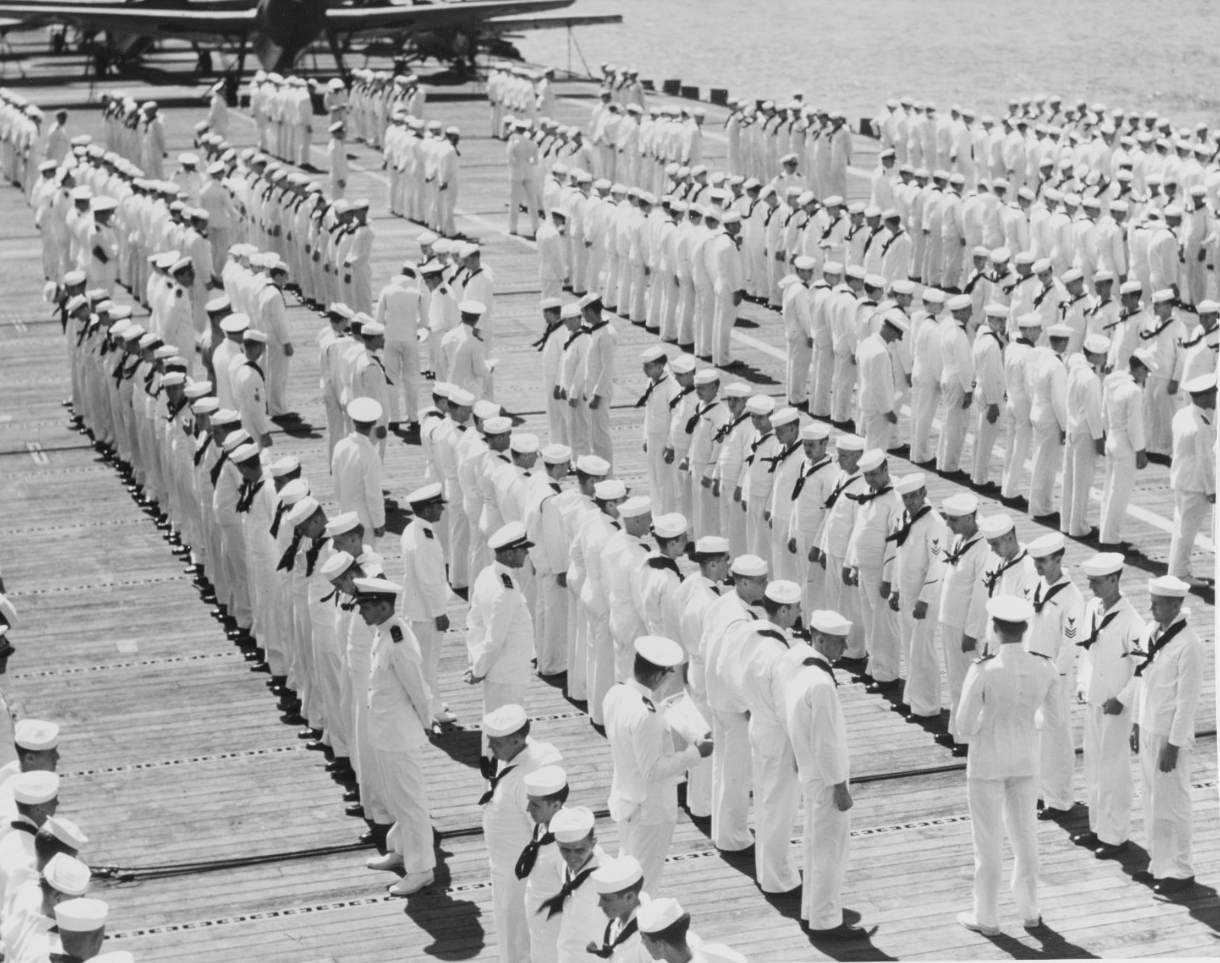 The wartime Navy: Personnel inspection on the flight deck of an aircraft carrier, early 1943. Aircraft in the background are Grumman F4F Wildcats and TBF Avengers.

After World War I, the United States returned to its traditional policy of isolation from armed conflicts abroad. The American Navy was reduced dramatically to around 350 ships and about 90,000 personnel. Those numbers remained that way through the 1920s and 1930s.

When the U.S. entered World War II on 8 December 1941 following the Japanese attack on Pearl Harbor, the U.S. Navy faced a logistical challenge. Admiral Ernest J. King, the Chief of Naval Operations and Commander in Chief of the U.S. Fleet, was responsible for planning for and providing men, ships, aircraft, and supplies necessary to carry out operations at sea.

It was a massive undertaking. In 1941, the size of the Navy was around 380,000 personnel. By war’s end, the Navy grew to more than 3.4 million personnel. Active ship force levels grew from 790 in 1941 to 6,768 in 1945. The establishment of Naval Construction Battalions ("Seabees") occurred on 5 March 1942, to provide infrastructure and temporary warfighting capabilities throughout the Pacific and Atlantic theaters. The WAVES (Women Accepted for Volunteer Emergency Service) were established 30 July 1942 to fill clerical billets. African Americans were accepted for general naval service on 7 April 1942.

The massive buildup of people and materiel to win the war was a unified effort that all Americans contributed todirectly or indirectly. Listed below are additional references covering the manning and expansion of the U.S. Navy during World War II.