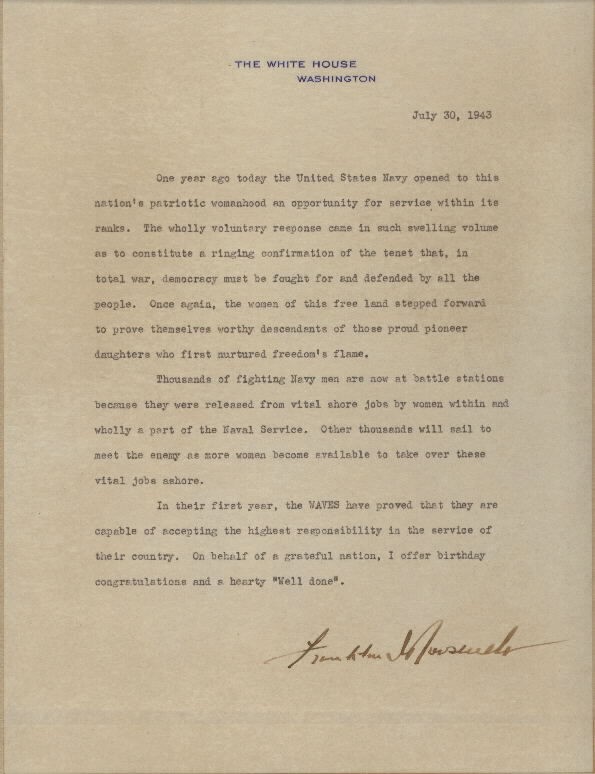 One year ago today the United States Navy opened to this nation's patriotic womanhood an opportunity for service within its ranks. The wholly voluntary response came in such swelling volume as to constitute a ringing confirmation of the tenet that, in total war, democracy must be fought for and defended by all the people. Once again, the women of this free land stepped forward to prove themselves worthy descendants of those proud pioneer daughters who first nurtured freedom's flame.

Thousands of fighting Navy men are now at battle stations because they were released form vital shore jobs by women within and wholly a part of the Naval Service. Other thousands will sail to meet the enemy as more women become available to take over these vital jobs ashore.

In their first year, the WAVES have proved that they are capable of accepting the highest responsibility in the service of their country. On behalf of a grateful nation, I offer birthday congratulations and a hearty "Well done".