For meritorious service in providing investigative and counterintelligence support to Naval commands serving with elements of Free World Military Assitance Forces in the Republic of Vietnam from 1 November 1966 to 1 November 1969. In the face of extremely difficult and hazardous conditions, including attacks on office compounds by enemy forces, the personnel attached to the U.S. Naval Investigative Service Office, Vietnam worked long and arduously in performing duties that contributed significantly to the successful accomplishment of the mission of the Naval Investigative Service. This effort was not restricted to conducting security and criminal investigations and collecting and reporting counterintelligence information, but also included preparation of special estimates, issuance of warnings of enemy operations, and production of other timely intelligence. The skill, dedication, perseverance and teamwork of the officers and men of the U.S. Naval Investigative Service Office, Vietnam, were outstanding, and their unfailing devotion to duty and sense of responsibility were in keeping with the highest traditions of the United States Naval Service. 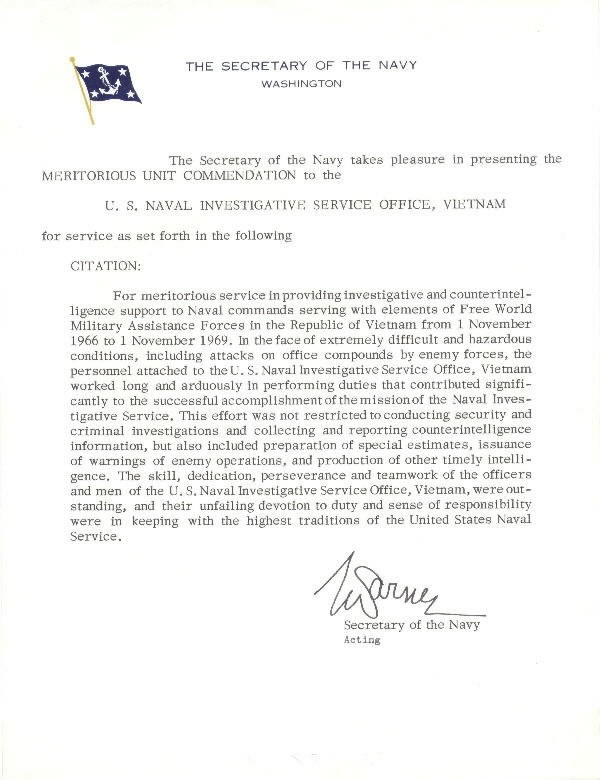