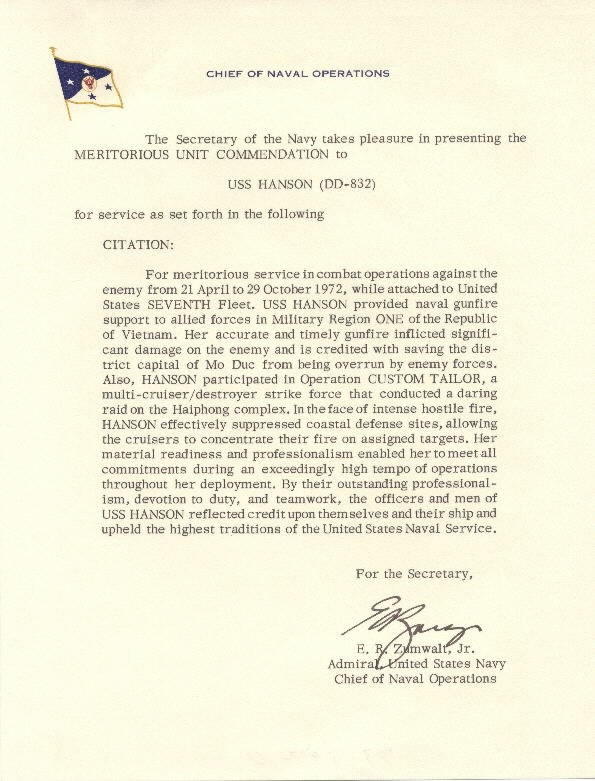 For meritorious service in combat operations against the enemy from 21 April to 20 October 1972, while attached to United States SEVENTH Fleet. USS HANSON provided naval gunfire support to allied forces in Military Region ONE of the Republic of Vietnam. Her accurate and timely gunfire inflicted significant damage on the enemy and is credited with saving the district capital of Mo Duc from being overrun by enemy forces. Also, HANSON participated in Operation CUSTOM TAILOR, a multi-cruiser/destroyer strike force that conducted a daring raid on the Haiphong complex. In the face of intense hostile fire, HANSON effectively suppressed coastal defense sites, allowing the cruisers to concentrate their fire on assigned targets. Her material readiness and professionalism enabled her to meet all commitments during an exceedingly high tempo of operations throughout her deployment. By their outstanding professionalism, devotion to duty, and teamwork, the officers and men of USS HANSON reflected credit upon themselves and their ship and upheld the highest traditions of the United States Naval Service.